Neurologist Dr. Zuka Khabbazeh talks about the importance of raising awareness of the vast array of services available for patients in the Rio Grande Valley. Dealing with a multitude of patients on a daily basis, Dr. Khabbazeh can especially recall how one patient’s life passed him by because he was afraid. 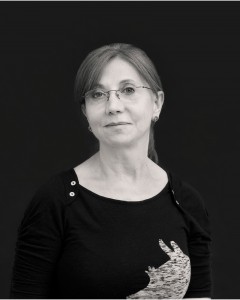 Diagnosed with Parkinson’s Disease at the young age of 37, said patient shortly thereafter began showing signs of dementia, and possibly required surgery to preserve his life. He refused.
Along with his regular visits to Dr. Khabbazeh’s office, he sought out the assistance of witch doctors and healers with little or no effect. Despite her recommendations, he avoided surgery for years and let his condition deteriorate.
Now in his early fifties, he has full-blown dementia, and is well past the benefits of any surgical procedure, Dr. Khabbazeh says.
“He would not have the surgery because he was afraid of the potential side effects of the procedure. With time, his condition progressed so much that he developed more tremors, dyskinesias, impaired mobility, dementia, and depression,” Dr. Khabbazeh said. “So he missed the window of opportunity to receive Deep Brain Stimulation, a therapy that has proved to increase motor function in Parkinson’s patients.
Fear among patients in the Valley is a real concern, and for some like this patient, fear has had devastating effects on their well-being, but it doesn’t have to be this way.
Not more than 10 years ago, patients had to travel to San Antonio or Houston to receive the same treatment that is now readily available in the Valley. Never before has the technology in the region been equal or greater to that in larger cities. Patients just have to find the courage to utilize it, Dr. Khabbazeh says.
“I think we have everything available, as far as doing what we need to do for the patients,” she says. “If the technology and medicine are available, a lot of times it boils down to the patients agreeing to do it. Patients in the Valley tend to be a little timid about doing surgical procedures. They are very scared about doing even minor surgical procedures.”
She also utilizes Medtronic Deep Brain Stimulation (DBS) Therapy. The treatment uses a surgically implanted medical device, similar to a cardiac pacemaker that is sometimes referred to as a “brain pacemaker,” to deliver carefully controlled electrical stimulation to precisely targeted areas within the brain, specifically those that control muscle and motor functions. Stimulation of these areas interrupts the brain signals that cause the motor symptoms associated with the three most common movement disorders – Parkinson’s Disease, Essential Tremor, and Dystonia.
Some procedures she recommends include a “nerve stimulator” for epilepsy patients, which in simplistic terms is comparable to a pacemaker for the heart in order to control seizures. She also utilizes Botox, typically considered a cosmetic procedure, in order to combat recurring headaches for patients.
“It’s about educating them. They are not educated well enough about the newest things that can be done for them,” Khabbazeh says. “People are timid about doing procedures for themselves. That’s one challenging aspect about patients. It takes several tries and several visits before you can convince people to do what you want to have done for them.”
“The technology is available, and the medicine is there, people just have to have the guts to do it,” she says.
Attending medical school at the American University of Beirut Faculty of Medicine in Lebanon, Dr. Khabbazeh arrived in the United States to complete her training at the University of Cincinnati. She then completed a year of fellowship in epilepsy at Wayne State University and then two years in neuromuscular disorders at Harper University Hospital in Detroit.
She began her practice in the Valley in the 1990s as one of only three neurologists in the region, she said.
“My first impression of the Valley was the fact that I was busy from the first minute I got here. I had more patients than I could ever have imagined having. There was a huge demand for another neurologist,” she said. “There were only two at the time, and I was the third, and there were a lot of patients. I really enjoyed it. I have been busy since then. People in the Valley are nice. They approach you. They are warm people. That’s what is nice about practicing here.”