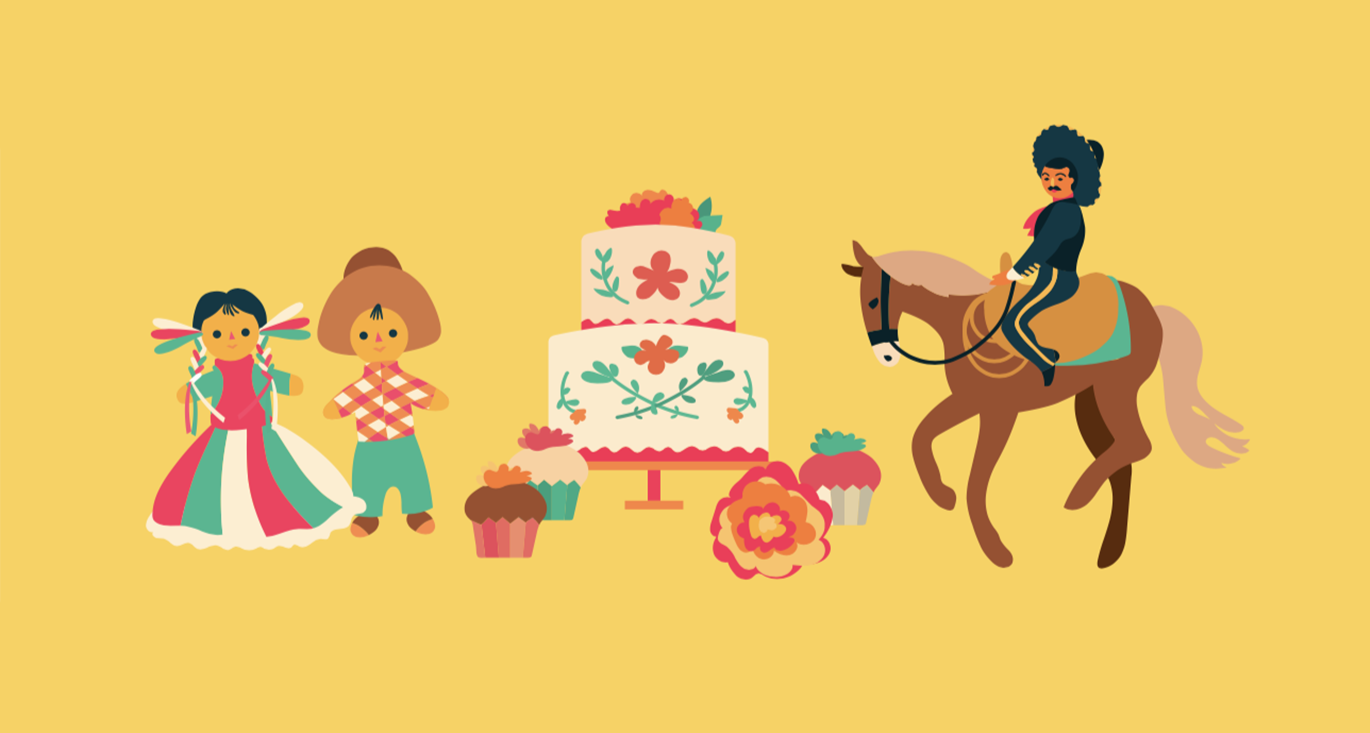 A Celebration of Mexican Independence Day on 16 de septiembre

On the 16th of September, Mexicans all over the world celebrate Mexican Independence Day with a traditional grito, or declaration.

It first started in 1521 when Hernán Cortés, the leader of a Spanish invasion, landed in Mexico. At this time, the Aztecs had built a great empire and the Spaniards aimed their attacks at them.

Fast forward to 1808. After many years of Mexico struggling to find its identity, Spain was invaded by the French. Napoleon I forced King Ferdinand VII to renounce his throne in order to replace his role as emperor with Napoleon’s brother, Joseph Bonaparte. Two secret societies were birthed in Mexico after this occasion in history: Spanish officials in Mexico who supported Ferdinand, and another group who advocated independence from Spain.

Miguel Hidalgo y Costilla, a Roman Catholic priest, belonged to a pro-independence group in San Miguel near Dolores, Mexico, and is well known for his revolutionary acts and as one of the leading participants in Mexican independence. According to a Britannica article titled “Miguel Hidalgo y Costilla,” Hidalgo was holding secret meetings where he discussed “His interest in the economic advancement of his parishioners — for example, through the introduction of newer methods of agriculture — and his political convictions regarding the oppression of the people by the Spanish authorities …”

Once found out, several members of his pro-independence group were arrested. After being warned to flee the country, Hidalgo decided first to strengthen the people through a public declaration of encouragement. “On Sept. 16, 1810, Hidalgo rang the church bell in Dolores to call his parishioners to an announcement of revolution against the Spanish. His speech was not only an encouragement to revolt but a cry for racial equality and the redistribution of land. It became known as the Grito de Dolores ‘Cry of Dolores,’” according to the Britannica article titled “Miguel Hidalgo y Costilla.” 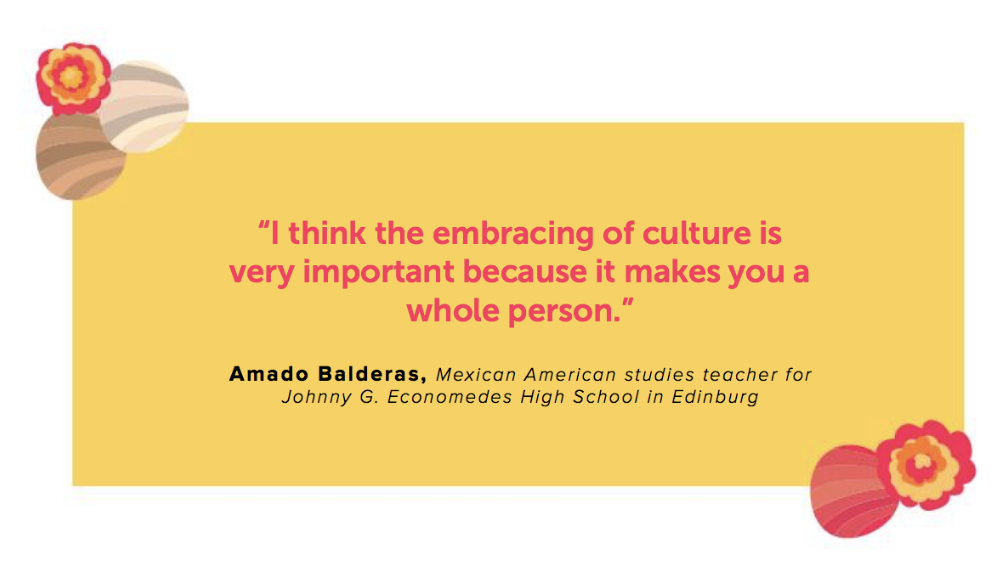 “A grito is like a declaration, ‘grito de independencia’ — they translate it as cry, but basically it’s a declaration,” said Amado Balderas, Mexican American studies teacher for Johnny G. Economedes High School in Edinburg.

And although scholars have not been able to pinpoint the exact words Hidalgo used, according to Balderas they have collaboratively agreed it is a mixture of these phrases.

The Mexicans at that time gravitated to the Virgin of Guadalupe because it’s associated with Mexico’s indigenous past and a deity called Tonantzin. Before that, the Spanish had a hard time converting Mexicans into Catholics. But after her appearance to a Nahua man in 1531 on Tepeyac Hill, north of Mexico City, there was a shrine dedicated to her and she was recognized by the Catholic church as a manifestation of the Virgin Mary. The Virgen de Guadalupe was viewed by many Mexican people then and currently to be a special protector of Native American peoples.

The gachupines were the Spanish who ruled Mexico. The word gachupin is a Nahuatl word that means “he who hits you in the head with a boot or a spur.” It’s where the current word gacho comes from meaning somebody who’s mean, but it more accurately represents someone who hits you.  After invasion of Mexico, the Spanish were the only ones allowed on horses and as a result would hit the natives in the head as they rode, so the Spaniards were called gachupines. It is a word that is currently culturally identifiable but is a derogatory term.

This statement refers to the abuse and oppression that was taking place against the indigenous peoples of Mexico.

This has led to the current custom of giving a grito on 16 de septiembre. In Mexico, although the historical context may not be explained in detail every single year, residents can expect a special grito performed by the current president. All over the Valley, people can be heard crying out the recognizable grito just like the original one Hidalgo did in 1810.

Though the holiday isn’t nationally celebrated or marketed as much as cinco de mayo, people whose heritage is in Mexico are encouraged to learn the history of the country and embrace their culture.

“I think the embracing of culture is very important because it makes you a whole person, the Mestizo and indigenous culture of our foundation cannot be erased — the tacos, the molcajete, the chile — when it’s by itself on its own, it’s very rich and delicious,” Balderas said.

“Culture to some degree for me and embracing the culture I think just makes you a better person, it puts a solid in your ground, as a Mexican-American in the United States, when you embrace your ‘Mexicanness,’ you’re embracing 20,000 years of history,” he added.