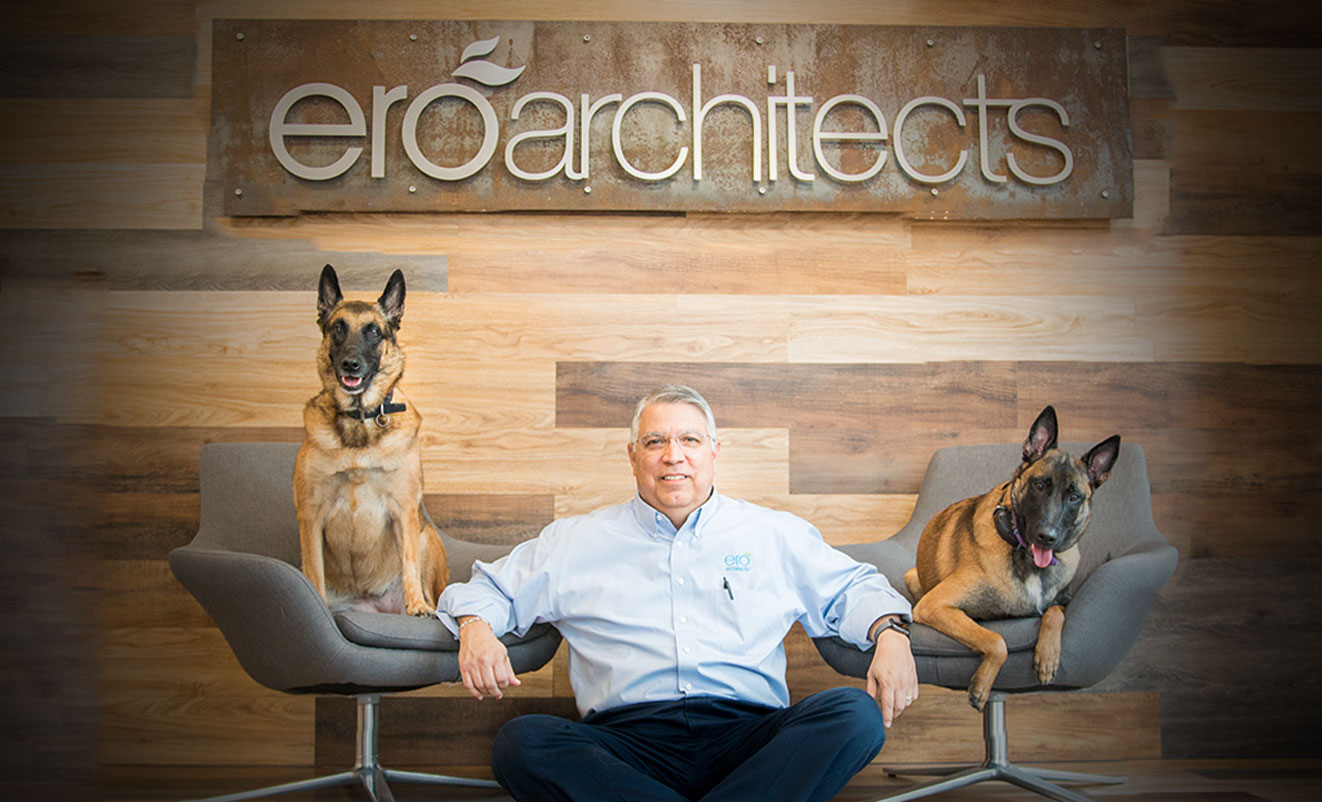 What inspires an architect? For Eli R. Ochoa, it is the blending of the old and new: He has a deep respect for local history and cultural roots, which he incorporates into structures by utilizing the latest technology. For over 30 years, he has maintained a forward-facing level of technology in his award-winning, McAllen-based firm, ERO Architects. Utilizing 3-D design, modeling, and scanning to create spaces that elevate the public’s experience of architecture, Ochoa and his team aim to transform public spaces into those that truly reflect the community in which they are placed. Ochoa’s childhood experiences influence his approach to building, incorporating the background of the place, its history, and the people. “I have beautiful memories of growing up in the Valley, around family,” he said. “That’s culture. All that was part of me. We respect it.” When he designs and builds for the Valley, you can feel it from the inside and out.

Ochoa’s interest in buildings manifested in his childhood; he recalls building small “log” cabins out of the twigs dropped by the mesquite tree in his yard in La Feria, Texas. “I’d organize them into little neighborhoods,” he said, and his interest in architecture deepened when their move to his mother’s hometown, Mission, coincided with the building of their new house. “I’d walk to the construction site after school and spend the afternoon there watching the house go up,” he said. Serendipitously, Arturo Guerra (the builder of the Ochoa home) had a brother, Italo, whose engineering firm in Austin hired Ochoa after he graduated with his structural engineering degree. 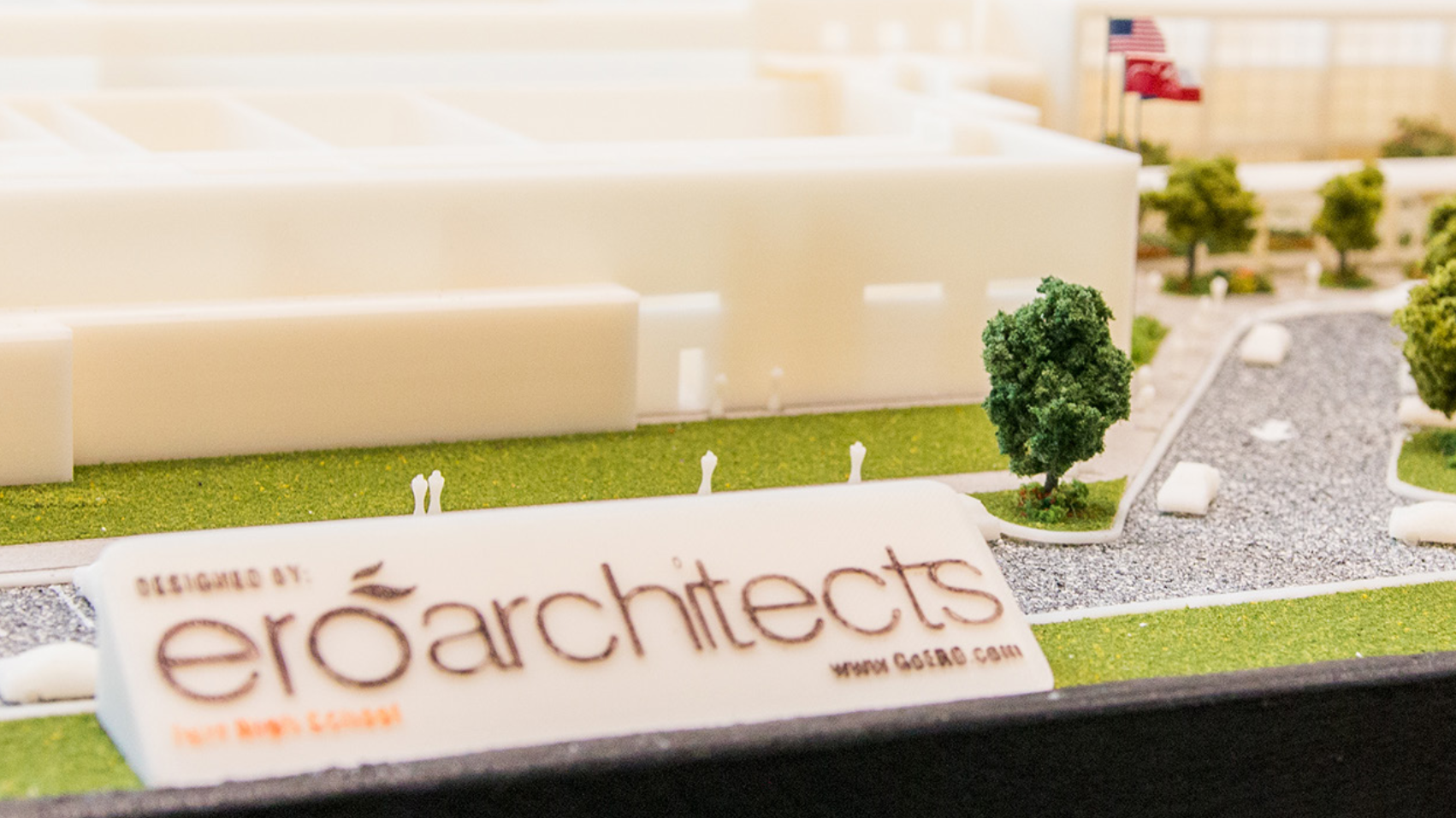 When Ochoa left for college to earn his two degrees (one in architecture from the University of Texas at Arlington and a structural engineering degree from the University of Texas at Austin), it was not because he was itching to leave the Valley like many high school students today. It was because he had to in order to pursue his dream career. “I couldn’t get a degree in architecture or engineering down here,” Ochoa said. He says that with the advent of UTRGV, students who want to go into those fields have a very viable option. “I don’t think most people realize how awesome their engineering school is. It’s a very good school, so they don’t have to go away.” Although Ochoa worked happily in Austin for several years after his graduation, he always kept a soft spot for his hometown in his heart, and everything he learned during his time studying and working upstate he intended to bring back home one day.


The Tug of RGV Roots
That day came one Thanksgiving when he was unable to take his family on their traditional trip down to the Valley. Once homesickness struck, he realized it was time to bring his young daughter home to be raised closer to their family — which would mean forging his own way in a region that was still developing. Despite the difficulty he anticipated with finding work in the Valley, it was an easy decision. By January, they were back among their family and the palm trees of the RGV. Ochoa started his own firm and got to work looking for business. “That first day that I went out, I got enough work to carry me through that first month,” he said. “I feel very blessed to have gotten work where supposedly, there was none. The rest is history.”

Despite the 200 public projects ERO Architects has completed, Ochoa says his biggest achievement is not in the buildings or awards, but in the team of partners and employees that share his vision he has surrounded himself with. Four partners complement ERO Architects’ capabilities by bringing marketing, management, and operations expertise (among others) to the table, and an in-house team of 25 employees has shown tremendous growth. “We’ve assembled a very capable, sharp group of employees that (I hope) we’ve been able to teach in everything from architecture to society,” Ochoa said. “I ask my team to be true professionals.” He explains that means giving back to the community and being a part of it, for example, by engaging in community service, serving on boards, or taking other leadership opportunities, when possible. His chief marketing officer, Brian Godinez, serves on seven boards, and Ochoa himself has been involved in Toastmasters, Rotary Club, and other organizations that drive him to encourage excellence in his employees. He recognizes that when his employees are able to produce their best work as individuals, the company will reap the rewards of a strong reputation. “In order for us to be successful, I have to provide our employees with the tools to help make them successful,” he said. At ERO Architects, those tools are part of a $3 million investment in technology.

“Technology has always played a big role in the culture of this office,” Ochoa said. His work in the engineering field has driven his interest and understanding of the potential that technology can bring to all fields, but especially to architectural design. The office’s latest upgrades allow ERO Architects to utilize 3-D capabilities to provide more efficient, detailed customer service and communication. A 3-D printer creates models in-house, 3-D computer visualizations allow clients and builders to see a working preview of the design (the technological advancements allow for micrometer design accuracy), and a 3-D scanner grants the builder greater precision than manual measurement. “When the designs get to the construction stage, they’re working on a building that will not only function perfectly, but inspire people,” Ochoa said. “For example, the McAllen Performing Arts Center’s arches for acoustics have to be put in specific spots. The only way we were able to verify for the owner that it was constructed accurately was to do a 3-D scan. No other architectural firm in the RGV has that leading-edge technology.”

To learn more about ERO Architects, visit their website, www.goero.com.