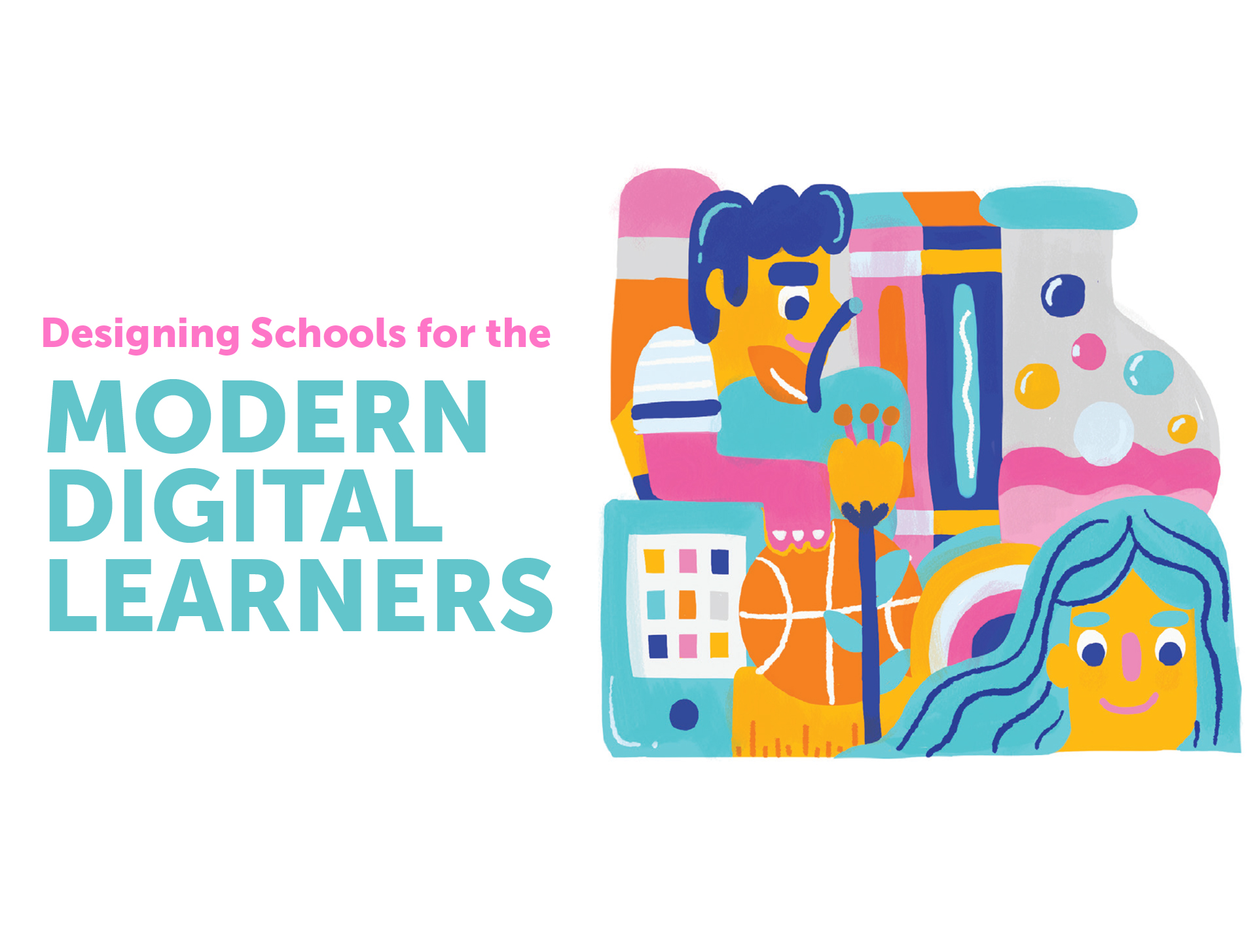 This fall, two of ERO’s designs for new 21st century high schools will open in Texas. Each one is on-point in providing for the needs of digital-learning students while successfully reflecting its community values and cultural references.

The journey for Furr High School, a Houston 2012 Bond Replacement High School, began back in 2001 with its principal, Dr. Bertie Simmons, who is now described as the most successful principal in the United States. In order to take back control of school from gangs and chaos, Simmons worked with faculty and students alike to design curricula needed to lead to successful learning outcomes and peace. The result is a teaching methodology that delivers voice, choice, and responsibility based on the tenets of respect, belief, and the 16 habits of the mind (behaving intelligently and maturely even when you do not know the correct response to a problem).

By the time the school district began selecting architectural firms for the 2012 Bond Program, Furr High School had already increased graduation rates from 47 percent to 90 percent and Simmons knew from experience the firm designing Furr High School had to be able to design a culturally relevant, inspirational learning environment — an environment for digital, self-directed, and experiential learners. ERO won support of the school and community by listening and collaborating in a way that was instructive to everyone.

The new facility provides a college campus atmosphere, preparing students for postgraduate success with the comfort of a second home and health and wellness facilities. ERO’s design provides a broad range of spaces for the students who choose what and how to study through experimentation, invention, or collaboration. Spaces accommodate the practice of Habits of the Mind and its Thinkery, where students work on dispute resolution or hold student court for school policy violators who pay retribution in the form of study. Modern tools are provided for gardeners (botanists), computer scientists, artists, and filmmakers, along with flexible spaces to accommodate individual, lecture, or large-group learning. Some traditional spaces enable students to have college-level experiences with laboratories or vocational training.

Furr High School was one of 10 high schools in the nation in 2016 to win the prestigious XQ Super School Competition worth $10 million to Furr and Houston ISD. Simmons acknowledged ERO’s impact on the award.

“They worked well with us,” she said. “We would not have been able to do this without ERO Architects.”

Similarly to Furr High School, Seguin is a 2012 Bond replacement high school. Seguin ISD hired ERO to assist with the 2012 bond passage after two previous school bond efforts failed. The third bond passed in favor by 67 percent of the vote. Seguin sought a 21st century high school that would provide learning spaces for all pedagogies into the foreseeable future. Seguin ISD asked ERO to envision a new school for an enrollment in excess of 2,450, while providing for an intimate, memorable high school experience.

ERO’s result is a school with modern learning spaces and educational amenities totaling more than 420,000 gross square feet. The students, teachers, and administrators are excited about the spaces designed for them, which they refer to as a center or house. The Matador Center on the main floor provides administration, student services of all types, and a cafeteria with both an indoor and outdoor commons, facilitating interaction. The Mat House has space for all athletic activities, whether cheer, dance, physical education, or team sports with locker rooms. The board of trustees also opted for a new performing arts center, black box, choir and band hall, and two new gymnasiums.

The Delta House contains journalism and CTE instruction. ERO created space for 13 different technical high-wage and -skill careers. The large group instruction (LGI) center has a library, and space for innovation and technology as well as an open classroom space for as many as 50 students. The Alpha House for 11th and 12th graders occupies the entire third floor of the school. The open and flexible space classrooms allow as many as 100 students working together for success. The Alpha House has science laboratories that offer a college-like environment for accelerated training.

Part of the demolished wooden gym floor with the high school logo graces the wall of the new gymnasium to retain some of the Matador heritage. Students praise the high degree of natural lighting, flexibility, cultural references, and tools that facilitate learning and engender a creative professional atmosphere.

“ERO’s attention to detail, response to our needs, addressing community input, and respect for our budget were key ingredients to successfully designing our new learning facility,” said Louis Reyes, a former school board president.