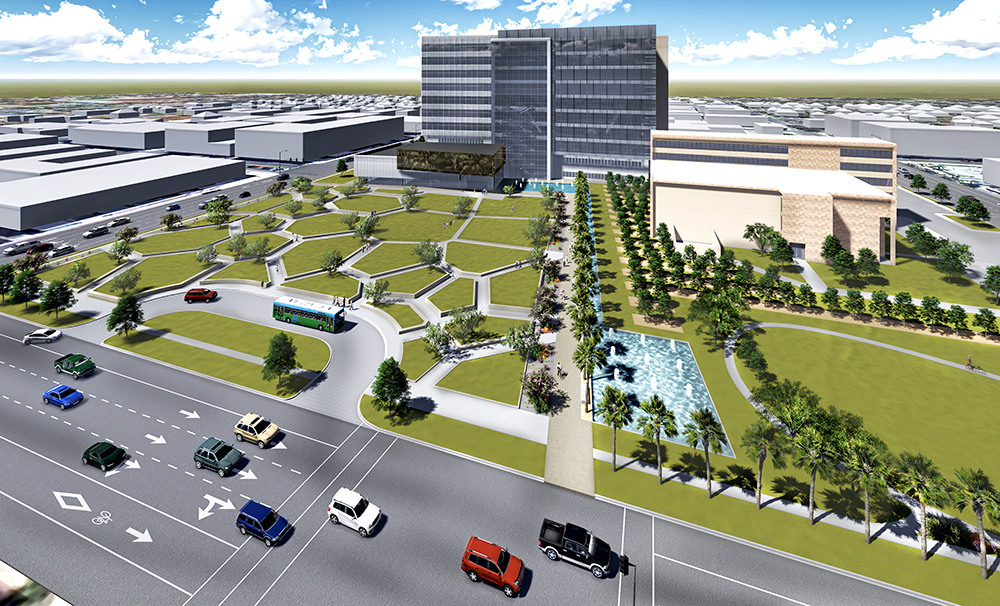 The existing courthouse was built in 1954 to accommodate three courts when the county’s population was 168,629. The building has experienced four expansion upgrades to address the growth and judicial needs of the county.  The county now has a population of almost five times that of 1950. Today, the county has 24 courts with some courtrooms, legal, administrative, general government and warehousing functions located at off-site facilities.

In 2004, the courthouse passed its 50-year mark, designating it a historical structure by the Texas Historical Commission. ERO produced an historical preservation plan in 2012 in the event restoration of the current courthouse would need to take place. The courthouse needs to be brought up to code and requires several life safety, security and mechanical upgrades and improvements. This remediation and renovation effort could take up to four years and could cost well over $20 million.

At a recent joint workshop consisting of the County commissioners’ court and the City of Edinburg’s city council, ERO utilized 2D and 3D visualizations for its presentation to bring to life the vision and space needs that were established in the new courthouse’s 2012 master plan, produced in collaboration with county and city stakeholders, as well as the community.

Located in the heart of downtown Edinburg, the new Hidalgo County Courthouse can serve as an economic and quality of life cornerstone for the city’s urban vision and goals. The design of the new courthouse offers a modern 21st century judicial complex that is more spacious, secure and accessible. The 10-story building features a glass facade on the north side that provides an abundance of natural light with organized vertical transportation from floor-to-floor. It will accommodate 471,000 square feet of space and supports 24 courts and six additional courts for the future.