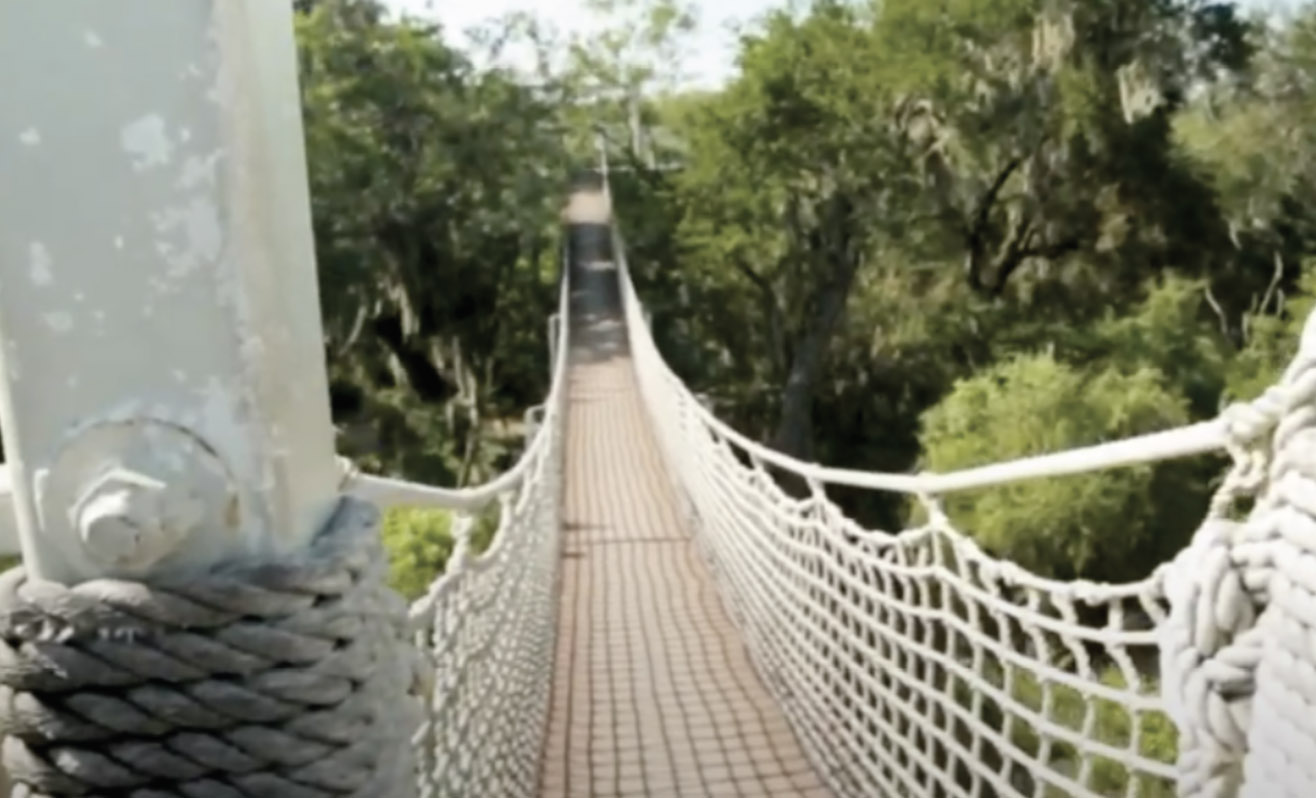 What’s your favorite place in the Rio Grande Valley?

Explore RGV, a Valleywide tourism and travel app and website, has nearly 1,000 favorites listed in its directory. Amid those, Explore RGV’s Featured Destinations section highlights 30 of the Valley’s most iconic locations. Flyover videos give individuals the opportunity to glimpse what makes each destination so special. Everything from cultural to natural treasures are available for exploration without leaving your home. Users can also utilize the Featured Destinations as a way to plan some of their first trips out of the house once the COVID-19 crisis passes.

Take a look at this sampling of Valley gems from Explore RGV’s Featured Destinations. Peruse all of the destinations by visiting ExploreRGV.com. 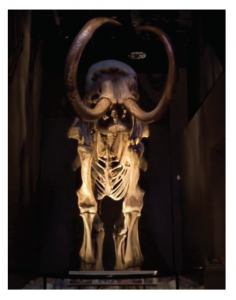 Santa Ana National Wildlife Refuge: ‘Something for Everyone’

You don’t have to be a birder to enjoy Santa Ana National Wildlife Refuge in Alamo.

“I think Santa Ana offers a little bit of something for everyone,” said Gisela Chapa, refuge manager. “I think the main highlight of the refuge, particularly for those of us that are from this area, is that you get a glimpse of what the Valley of the Rio Grande used to be like before agriculture and development came into our area.”

The refuge was established in 1943 primarily for the protection of migratory birds. To this day, its biodiversity makes it one of the best places to see a range of bird species — many found only in this region.

Per Chapa, some of Santa Ana’s features not to be missed include:

“The most important thing to consider is to plan for the weather more than anything, especially in the summer when it gets so hot out here,” she said. “We want to encourage people to come over-prepared with water.”

Natural gems like Santa Ana are important to the Rio Grande Valley for many reasons.

“Some people might not realize how critical the habitat in our area is. There’s no other place in the United States that has this type of habitat,” Chapa said. “It brings in a lot of people that want to participate in ecotourism. It helps contribute to our economy. It provides a tremendous service to our community — we have a place where we can enjoy. Santa Ana is one of many public lands for people to enjoy.” 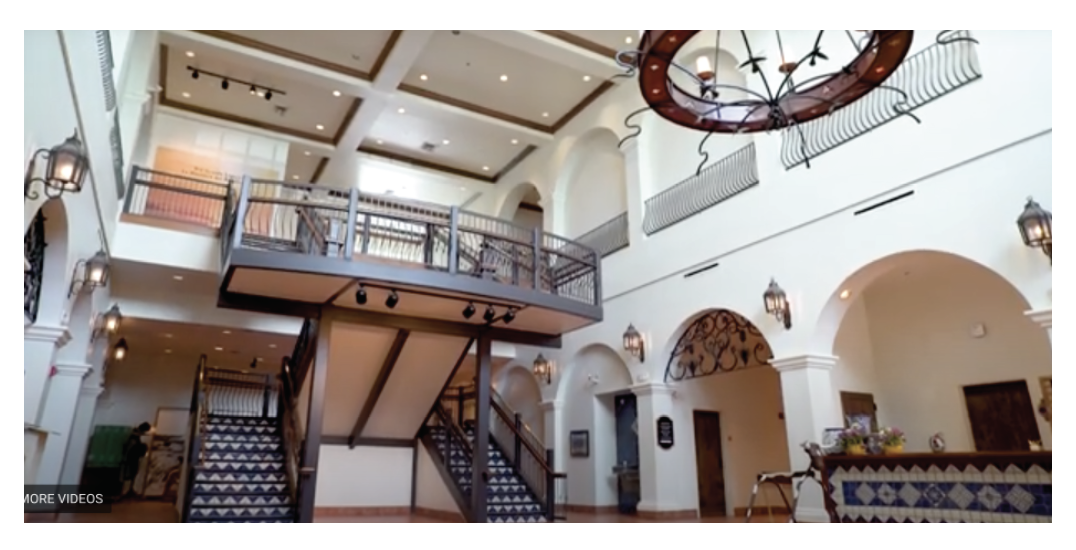 When Museum of South Texas History CEO Francisco Guajardo took a visitor on a personal tour through the galleries, rounding the corner to reveal the Columbian mammoth drew an exclamation of surprise from the man.

“The guy said, ‘oh, sweet Jesus — I did not expect this!” Guajardo recalled. 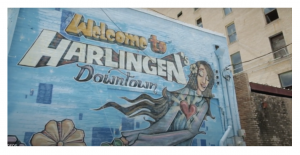 The Edinburg landmark is celebrating its 50th anniversary this year even as the staff there was forced to cancel events, temporarily shut the doors, and look inward due to COVID-19.

“We now will have to figure out a different way to celebrate 50 years of existence as we also brace ourselves for the next 50 years,” Guajardo said.

The museum tells the story of the Rio Grande Valley, recounting the lives of indigenous people, the ages of exploration and colonization, the politics leading to the Mexican-American War, the age of the steamboat, ranching life, agricultural development, and much more.

It’s a serious undertaking in a limited space, but the museum manages to stay organized.

“One elderly man said most small town museums are cluttered — whoever organizes the exhibits they try to put everything in,” Guajardo said. “This museum does not do that. I think our exhibits are thoughtful, they’re instructive, and I think also they hedge on enlightened messaging so that you can be moved to another place of thinking because you’re moving through a place that evokes your storytelling senses in good ways.”

The stories that the museum tells encourage visitors to leave deficit thinking — the idea that individuals cannot succeed here — behind when they consider the Rio Grande. 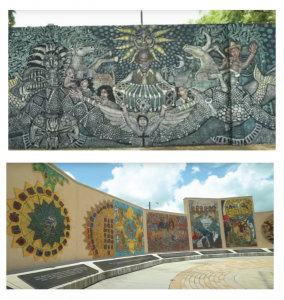 Guajardo remembered an event he hosted for area teachers. After a mini lecture, he asked them to go through the museum to find what they thought was the exhibit that highlighted the most community cultural wealth.

“Two teachers said that the place that they found most revealing of community cultural wealth was the outdoor oven, called an horno,” Guajardo said. “One of the teachers said, ‘this horno to me is South Texas because in this horno, this is where the children and the men and the women would gather. Around this horno, they made community — they had dreams and hopes.”

In Downtown Harlingen, public murals are so numerous, vibrant, and rich with history that its mural program has served as inspiration for other RGV cities. 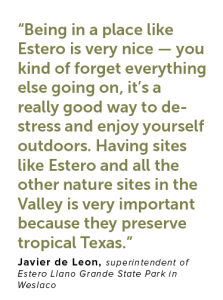 “Harlingen has a long mural tradition, with works dating back to the 1940s-’50s,” Alexis Alaniz, redevelopment specialist, Downtown Harlingen Office, wrote in an email. “Around the year 2000, a group of individuals, including staff and volunteers with the Downtown District, the Convention & Visitors Bureau, the Harlingen Historical Preservation Society, and Harlingen Proud, started inventorying the existing murals, promoting them as an attraction, and creating new murals to beautify walls outside and inside businesses — and tell stories of Harlingen and Valley history.”

Harlingen’s 30 or so murals feature the work of artists selected by the Downtown Improvement District Board of Directors or commissioned by business and property owners.

“Our downtown murals bring a great attraction to our community, and many comments we get is that there is no other mural tradition like this one,” Alaniz wrote. “They are so popular that we have created a brochure and map to highlight our murals and also created walking tours.” 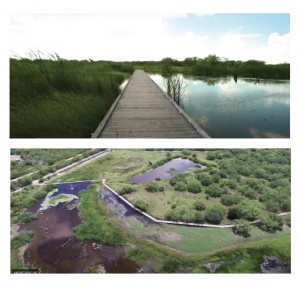 “What makes this mural so unique is that it was done by individual dots forming the images that you see,” she wrote. “This mural is located on the east wall surrounding the property at 213 W. Monroe.”

Harlingen officials continue to work with local artists to create more murals, and are looking to expand the art project out of downtown. Those interested in touring the current murals can pick up a brochure and map at 209 W. Jackson.

“We’re just known for having lots of birds in the park,” said Javier de Leon, park superintendent. “It’s a relatively small park at 231 acres, but this place, if you come to Estero, you’re going to see lots of stuff and that’s what people really like about this park.”

De Leon recommends keeping an eye on the park’s social media pages for everything from announcements on popular programs like night hikes and bird walks to sharing of special occasions like annual cacti blooms and bird sightings.

Many bird lovers come to Estero specifically to see common pauraques — birds that only live in South Texas. Some people even travel from out of state for a chance to check this bird off their life list.

“Estero has a couple of pauraques that have consistently spent the day in one spot, so if you come to Estero and you know where to look, you’ll see this bird,” de Leon said. “A lot of people say that our common pauraques are the most photographed pauraques in Texas.”

Even if birdwatching doesn’t appeal to you, the park still offers a natural escape from the hustle and bustle of everyday life.

“Being in a place like Estero is very nice — you kind of forget everything else going on. It’s a really good way to de-stress and enjoy yourself outdoors,” de Leon said. “Having sites like Estero and all the other nature sites in the Valley is very important because they preserve tropical Texas.”