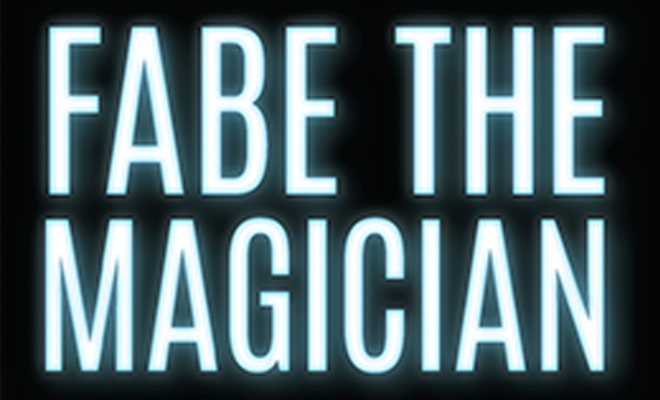 People attend magic shows when they want to experience the element of surprise. They go to be captivated and escape the real world for a bit — to be reminded that a whole universe exists within us all, and magic is one way we can access it.

Close your eyes and picture yourself sitting in a crowd at a university auditorium, anticipation building up before the opening act. People are chattering, making final drink runs, and checking into the venue on social media, posting to their Instagram stories and tagging @magicfabe as the lights dim before the show begins.

Now imagine yourself sitting in front of a computer or mobile screen in the comfort of your home on a Friday night, cozying up on your couch and posting a story of your setup before the magic happens. The same anticipation builds as you log into your Zoom app, your drink of choice in hand.

These are two exact parallels at two completely different points in time illustrating the moments Valley native Fabian Moreno’s audience experience prior to the moment he steals the spotlight. 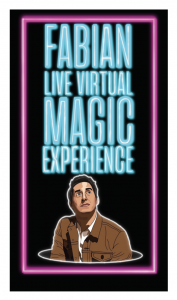 Moreno, also known as Fabe the Magician, has mesmerized college students all over the nation with his shows and has recently taken on that task via a virtual platform.

Moreno recalls being at the airport waiting to board his flight for the next city on his tour lineup when he heard the news of the first COVID-19 case in Boston — the exact city where he was headed. From there, the Virtual Magic Experience began to take form.

This new way of performing was born out of necessity more than anything, proving that human connection is possible through virtual performances even when tangible venues aren’t available. During the effects of the pandemic, Moreno has created a way to share magic, entertain, and provide positive distractions by creating a show strictly for Zoom.

Though magic and optical illusions consume his time, he didn’t always expect to be a full-time magician. Moreno originally had his mind set on law school. However, his passion for magic began at an early age.

“I was about 3 or 4 years old when my dad showed me the first magic trick purely to get me to calm down and to entertain me,” he said. “Then, when I was 6 years old, my father brought home the very first magic trick from a local magic shop. He started taking me to the magic shop every Sunday and every time I learned a trick, we’d go back and get another one, and the cycle continued from there.”

Moreno kicked off his magic career with talent shows. Throughout high school, he was getting booked for private local events for doctors and attorneys. By the time he graduated, he had bookings all over the country.

The moment he thought that there might potentially be a future in entertainment came to him when he realized he was live on stage in Washington, D.C., while his friends were just vacationing on spring break.

In fall 2014, Moreno received his bachelor’s degree in public relations at the then-University of Texas-Pan American. He realized there was another passion he hadn’t pursued — American literature. He decided to enroll in graduate school and received his master’s degree from Texas State University in 2019, all while continuing to tour and perform at some of the finest universities in the country.

Moreno’s love of literature helped him bring the art of storytelling and life lessons into his performances all while incorporating author Ernest Hemingway’s Iceberg Theory — that the deeper meaning of a story isn’t readily apparent. There is nothing overt about his shows. 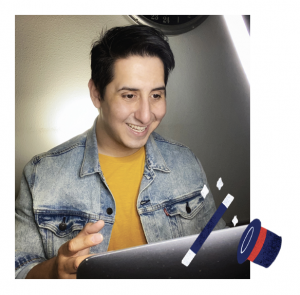 People will take from them what they need to hear at that moment, he says, they are all open to interpretation.

Going from performing for corporate organizations to a university audience resulted in Moreno having to restructure his entire show, which allowed him to put his public relations degree to work.

“To be honest, I never intended to use my public relations degree. To me, it was a stepping stone to get to law school,” he said. “When I started working for the universities, there was a lot of outreach involved. I also had to rebrand myself and my website, and rethink my entire show.”

Moreno has conjured whiskey on stage, among other acts that have left his audience speechless. Such feats granted him reviews like “The Mumford and Sons of Magic” from The Cowl, Providence College’s student-run newspaper.

Moreno is also a published author and has been featured as a guest speaker at TEDxMcAllen. In his 2015 talk, The Great Pretenders, he talked about magic and what it means to him.

“For me, it’s about moments. It’s about being able to protect the ability to create and partake in human experiences,” he said. “Because, let’s face it, at the end of the day, I can show you the best piece of magic that I know, but if there’s no human connection, it’s just a trick. And nobody likes to be tricked.”

As we might find ourselves feeling like we’re about to unravel because of the events of 2020, Moreno is one step ahead of the game.

Moreno continues to roll out dates for the virtual magic experience while continuing to restructure his entire performance to keep it safe. He looks forward to his very first live in-person show at his alma mater, Texas State University, in the near future.

As things continue to change, a new way of living presents itself.

“I’m just excited to see what this new abnormal brings. I’ve always been good at dealing with the hand I’m dealt. We have to be resourceful and get creative with it,” he said.

“It’s nice to see everything that we’ve been doing collectively as a people —  as entertainers, as artists, as musicians, as creatives —  is now at the forefront of things. There’s a silver lining after all.”

Have you experienced the virtual magic experience? #JoinTheConversation at facebook.com/rgvisionmagazine.