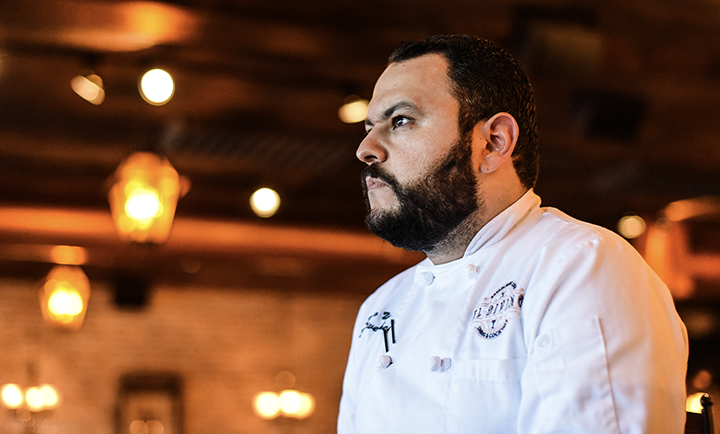 In the last 10 years, many new kinds of restaurants and unfamiliar flavors have popped up on the RGV map. Some have fizzled out, but others are in it for the long haul. Since it opened in 2010, El Divino, a prominent fine dining restaurant with an unorthodox head chef, has left many of its customers hungry for more.

“I went to college for my basics. I wasn’t enjoying it. That’s when my idea of being a chef was always in the back,” Uribe said. “My parents were supportive, but they were skeptical. Ten, 12 years ago, it wasn’t how it is now with everybody wanting to cook and having it be a popular career choice.” 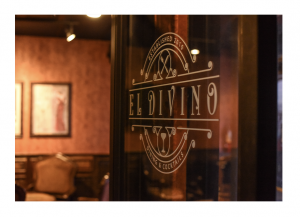 After finishing his basics, Uribe decided to move to Austin and began reading cooking books, learning independently. He began his professional journey with formal training at Le Cordon Bleu College of Culinary Arts in Austin. After graduating, Uribe took his first chef job at a private golf club in Florida.

“It was a really, really, really good experience. It wasn’t a big, massive production situation; it was more of a fine dining establishment where you had to produce smaller amounts of prepared items,” he said. “I finished my internship and then ended up staying there for another year.”

Once that chapter closed, Uribe moved back to the Valley and began working as a chef at Pepper’s At Uptown restaurant. Then, through professional networking, he met William Smith, the owner of El Divino.

“I was thinking of moving out of town,” Uribe said. “I was gonna start applying to New York, Chicago and all these other restaurants.”

Right around that time in 2012, El Divino moved from its original smaller downtown location to north McAllen in a roomier space. When asked to join their team as a chef, Uribe was ready to make the change.

He explained that he and Smith worked extremely well as a team and were able to make steady progress on the restaurant’s new location.

“We started building before I joined and we went through training servers and hiring; it’s just like opening another restaurant,” Uribe said. “And that was a really, really nice experience because I’d never done it before. Finding the silverware, plates, house sourcing everything and building connections again with new providers and finding new products.”

In his early days at the restaurant, Uribe said it was sometimes challenging getting customers to venture out from their comfort zones and try unfamiliar foods, but over time, he’s seen that change.

“I remember I was bringing tricolor carrots to the menu and people didn’t like the way they looked and were sending them back,” he said. “Now, years later, you see them everywhere. It just tells you how much growth has happened.”

In August of 2013, about a year after its new location opened, El Divino was named among the top RGV restaurants in Texas Monthly magazine. That same year, Uribe won the March of Dimes Top Chef RGV cooking competition.

Uribe attributes his successes to not being afraid of failure.

“I like to fail so many times so we can get it right,” he said. “And that’s what I tell my team, that’s the mindset we have. It helps that we have a really good team.”

One of chef Eugene’s long-time customers is Ruben G. Cavazos, manager of Ruben’s Grocery store in McAllen, which has been in business since 1971.

Cavazos explained how he first met Uribe in his store. “I saw him coming in with a chef coat. I introduced myself and asked if I could help him find anything and he asked me for a few products he didn’t think I had. Sure enough, I brought them out,” Cavazos recalled. “Ever since then, we’re always sourcing new things for him because he’s a very creative guy, so he’s always looking for something different.” 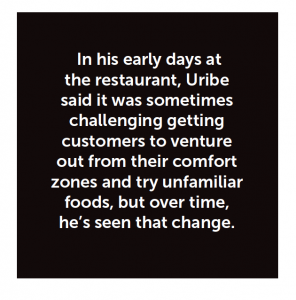 That creativity is what sets Uribe apart from everyone else, according to Cavazos.

The first time he went in to El Divino in the restaurant’s early days, Cavazos said he told his server he didn’t care to look at the menu. “I said, ‘I’m here because chef Eugenio told me I needed to come. Tell him Ruben’s here and I said to serve me whatever the hell he wants.’ And boy, did he wow me.”

Cavazos said of all of Uribe’s dishes he’s enjoyed, his most memorable meal was pig face carnitas, which was a half pig’s head that was first brined for 12 hours with salt and chili peppers, sous vide for 12 hours (partially cooked, vacuum sealed and chilled), air dried for four to eight hours, then fried until crispy, smothered in melted Oaxaca cheese, and garnished with micro cilantro and thinly sliced radishes. The dish was served with four different salsas and warm, freshly made tortillas.

“You were encouraged to take the tortilla and just pinch the meat off the pig’s head. And it was the most delicious, unique thing I’ve ever seen. It was a lot of fun. Everybody just forgot we were in a restaurant,” Cavazos said. “Here we all were having a blast eating with our hands! I mean, the formalities went out the window and the whole family just enjoyed that meal so much.”

Besides the chef’s adventurous menu creations, his seasonally changing menu ensures that fans of his food won’t get bored with monotony.

“Most of the time they’ll get excited,” Uribe said. “They’ll ask, what’s coming next, what are you planning?”

Uribe said his goal as a chef is quite simple.

“To me, at the end of the day I just want to make delicious food and have people enjoy themselves,” he said. “That’s what keeps me going. That’s why I cook.”

To find out more about chef Eugenio Uribe’s food, visit El Divino’s website at eldivinorgv.com to view the menu or make reservations. Follow the chef’s personal Instagram page, where he posts his latest culinary creations: @eugeniouribe.