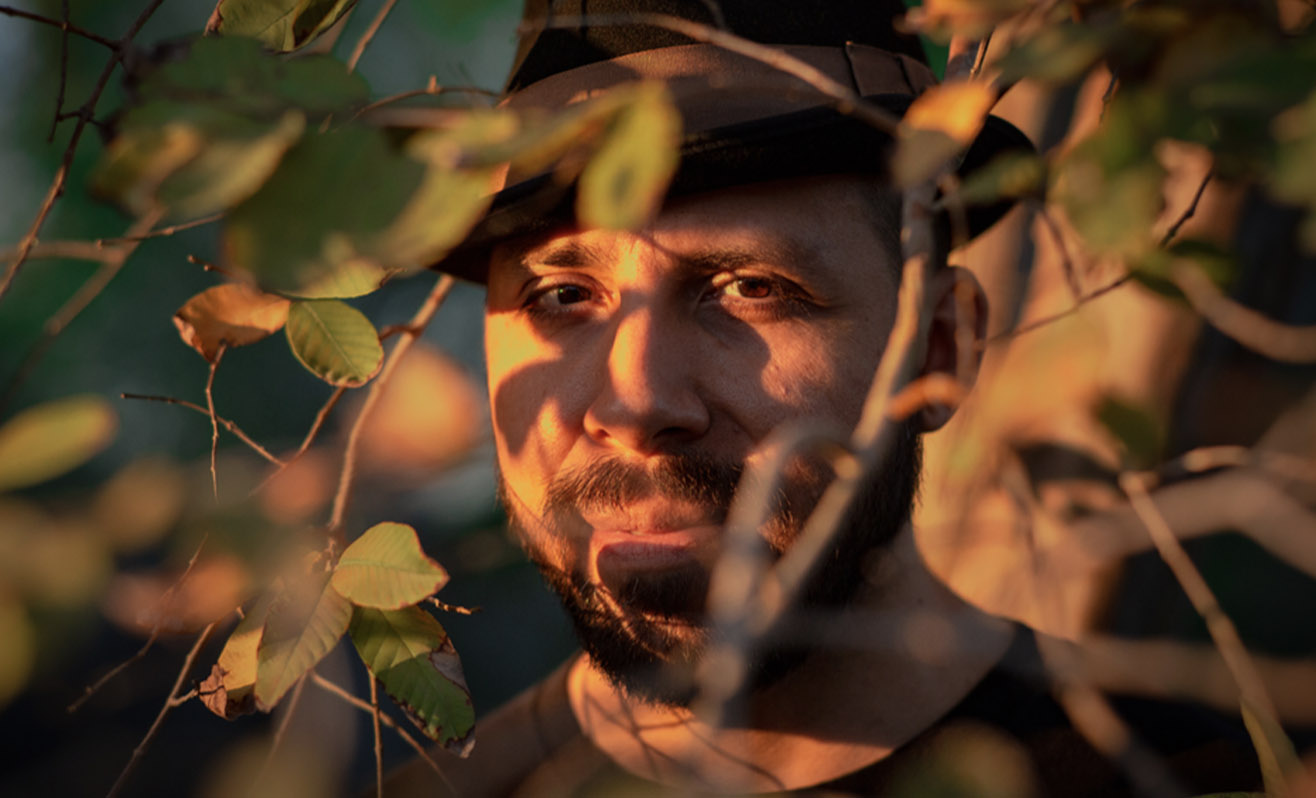 Shawn Elliott Russell has seen valleys and mountains in his own life. Many times, these battles take place in his own head.

The McAllen native, who grew up in Florida, went from a youngster who dreamed of performing and rapping in front of crowds to an adolescent that grappled with anxiety and eating disorders.

His own mindfulness came from an adventurous childhood that he spent mostly with himself. He rode bikes, he loved rap music, but he identified as an introvert, so his imagination and mind were powerful things.

“I was an only child, but I liked to go on adventures,” Russell said. “I would try to recreate things like ‘The Goonies’ — just going around exploring.”

He’s been molded by a plethora of life-shaping experiences. He was a presenter at the TEDx McAllen event in 2019, where he shared the lighthearted story of facing a summer camp crowd and reciting Sir-Mix-A-Lot’s “Baby Got Back.”

That experience — along with a break-in incident when he was home alone as an adolescent — caused his anxieties to compound and develop. He had bouts with panic and even agoraphobia, which made it difficult for him to leave home.

“I had moments where I would feel paranoid, but that was the first time I realized that my thoughts weren’t me,” he said, “that my thoughts were something else, separate from me. I became afraid of that, but moving forward, that made a lot of things in my life make sense. The fact that I was so immersed in my own mind in terms of thinking and my imagination. It took up so much awareness, all of my attention, so I would play out my thoughts.”

Even though these can be difficult things to grapple with, Russell believes that identifying anxiety and learning about how it works to “avoid pain and seek pleasure” is an important step toward managing anxiety, depression, and mental health as a whole.

One thing that remained consistent in his life is his love for rap, rhymes, and writing. That’s how his hit book, “Be Still Little Tree” turned from written verse to digital book to physical hit.

“I didn’t intentionally write a children’s book,” Russell said. “I started one version back in November 2015 where it was just short little poems almost and the term ‘Be Still Little Tree’ first appeared. I wasn’t even going to initially put it out, but it was too important not to share.”

Thanks to his rap background, his book naturally came off the tongue with a ring to it. It didn’t take much to be widely accessible and helpful to countless readers.

“When it was done and I read it back, because of the format it was in, it just naturally sounded like a children’s book,” Russell said. “Like a Dr. Suess book or something. And when I added the illustrations, it really started to look like a kid’s book.”

His story became an online success and soon he was getting testimonials about how his powerful narrative was helping break stigmas and resonating so widely.

“People were taking pictures and I’d do autographs and people would come up and tell how much it meant to them,” Russell said. “Everything that I could have asked for as a hip-hop artist … it’s funny how everything came full circle.”

For two years, his work included speaking engagements, book readings/performances around the Valley, and beyond. Sometimes, he would present to small sessions of selected students. Other times, he would enter auditoriums filled for a pep rally or specially arranged for his appearance.

He says the nerves of presenting are still there, but the listeners who approach him afterward make it all worth it.

“I knew I needed to take a break from the presentation — we had done it for a couple of years,” Russell said. “I needed to step away, but I wanted to find a way to still share the book and share my story. Mental health is everybody. Everybody has a mind.”

He gave a powerful message about how mindfulness can make a world of difference.

“Knowing how the mind works is the difference between really suffering in life and someone who feels resilient and feels that they can take action and are able to handle situations,” Russell said.

Have you read “Be Still Little Tree” yet? #JoinTheConversation at facebook.com/rgvisionmagazine.