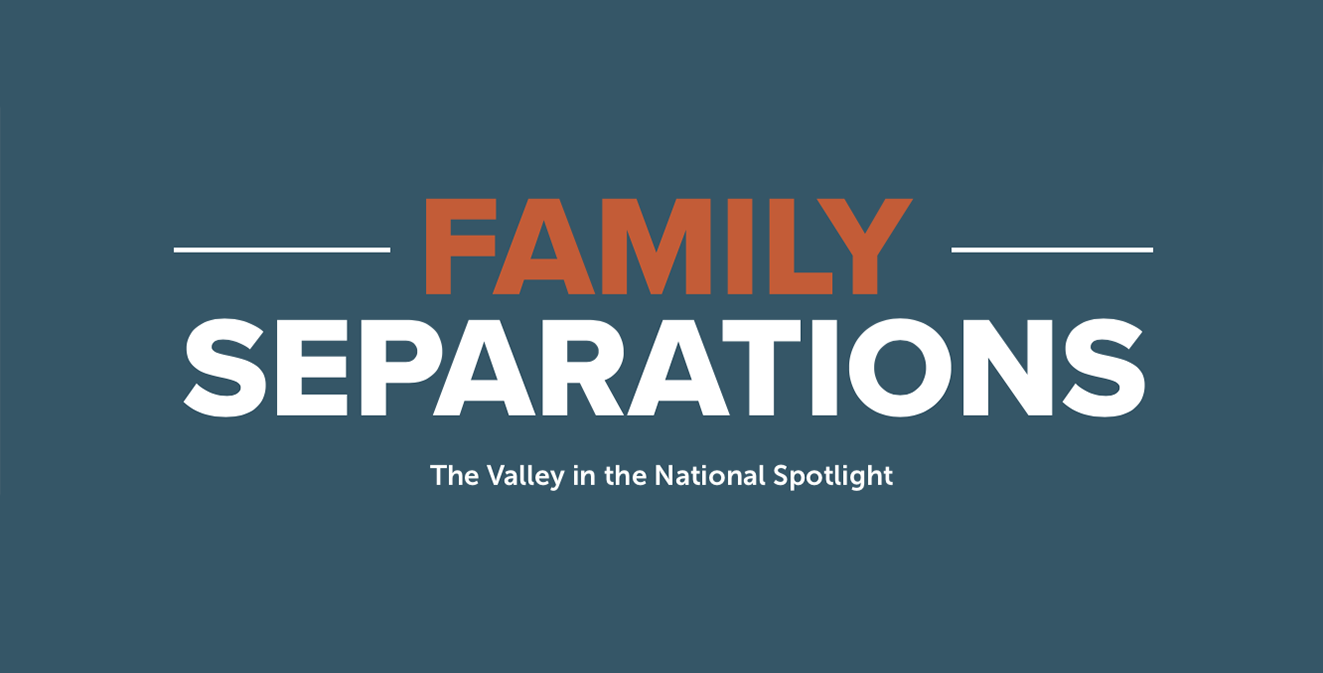 Earlier this summer, the Rio Grande Valley drew national and international attention for an unprecedented reason. With the announcement of the federal government’s “zero tolerance” policy on immigration, immigrants traveling with their children started being separated by immigration agents. Children as young as a few months old were separated from their mothers. As the number of separated children grew from dozens to hundreds and then thousands, public concern around the issue spread from the Rio Grande Valley to the rest of the state, the country, and the world.

Many of the people crossing the border were asylum-seekers, people fleeing violence and threats in their countries to protect their children. Others were so-called “economic migrants” — people looking for a better opportunity for themselves and their families. Regardless of the reason for crossing, U.S. immigration agents separated children from their parents and prosecuted the parents criminally for “illegal entry,” a misdemeanor. According to the government’s numbers, nearly 3,000 children were taken from their parents and sent to shelters around the country. At the time of writing this article, many had been reunited, but hundreds remained separated, including over 400 parents who were deported to Central America while their children remained in the United States.

Caught in the middle of this storm, the Valley, as usual, did not disappoint.

This crisis gave rise to many needs. On the one hand, there was the need for legal representation. The federal public defenders were the first to have contact with these confused and distressed parents, representing them in their criminal cases.

The Texas Civil Rights Project, an organization with offices in Alamo, represented the families in a case at the Inter-American Commission on Human Rights, based in Washington, D.C. (Full disclosure: The author is an attorney at TCRP.)

On the immigration representation front, the ProBono Asylum Representation Project, or ProBAR, took the lead assisting and orienting these families. Texas RioGrande Legal Aid, with offices in Edinburg, Mercedes, and Brownsville, also provides extensive support to some of these families, particularly those incarcerated in family detention facilities in South Texas. Even local private immigration attorneys stepped up to the plate and took many of these cases pro bono: Jodi Goodwin, Carlos M. Garcia, and Thelma Garcia, to name a few.

And on the social services front, Catholic Charities, both at their Respite Center in McAllen and at the Basilica Hotel in San Juan, stepped up to provide much needed support to the separated families: food, shelter, clothing, and assistance reaching their families all over the country.

On the media front, our local print and digital outlets have been covering the issue thoroughly and responsibly. NetaRGV, a digital platform founded and run entirely here in the Valley, has provided extensive coverage, including publishing an audio file of some of the detained children.

“It is important for those of us who are from and live here in the Valley to raise our voices,” said Dani Marrero Hi, founder and director of Neta. “We know and care immensely about this community, and we will continue to be here after the national media attention goes away. It is critical that our voices are heard.”

While many families have already been reunited, the issue is far from being resolved. Many remain separated, and it will likely take many weeks before they are all reunited — especially the ones who have already been deported. For those who have been reunited, the road ahead is long. They have suffered a highly traumatic experience and will need psychological, emotional, and counseling support in the communities where they settle. Both mothers and children have told us stories of going weeks without knowing where the other one was. This was highly traumatic for children, especially the young ones, who did not understand why their mom or dad “left” them and did not come to get them. Many moms told us that the first time they spoke on the phone to their children, the children would ask “Mommy, why did you leave me? Why won’t you come and get me? When will you come and get me?” Young children simply do not understand the politics or policies around immigration, and they suffer the tragic consequences.

With litigation around this crisis still pending, it will take some time for all the dust to finally settle, and for all of us to understand why and how this happened: Who was in charge of taking the children? Why were some families lied to? Why were hundreds of parents deported without their children? In a democratic society such as ours, all of this information should and will be known, even if it takes time.

In the meantime, those of us who live here in the Valley can continue to support the local organizations that were exemplary in their response to this crisis, either with in-kind or monetary donations. In addition, we can all feel proud to be part of a community that will respond and mobilize to address a national crisis in the best possible way, always looking out for one another. And when the eyes of the world are upon us, we know that the Valley will not simply talk the talk, but rather walk the walk, get the job done, and leave politics aside.