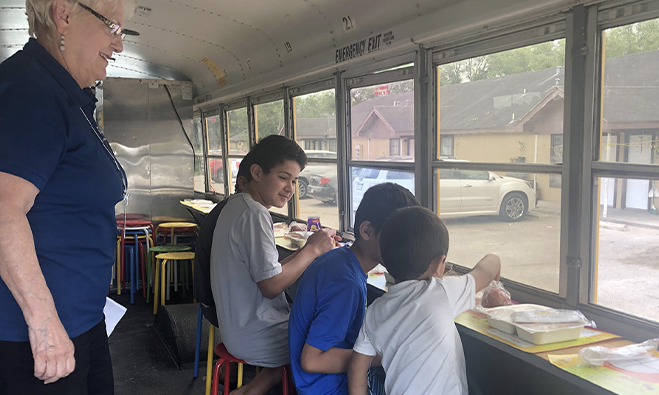 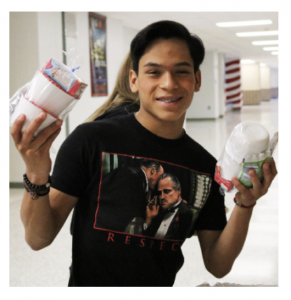 Mission Consolidated School District seeks to prepare its some 15,500 students to sustain themselves. One of the biggest ways it’s doing that is through sustenance — and making sure everyone is getting the nutrition they need to be successful.

“We’ve got to take care of the children’s basic needs before we can educate them,” said Dr. Carol Perez, Mission CISD superintendent.

Last year was the first year Mission CISD implemented a districtwide community eligibility program. All students receive breakfast and lunch for free. For families with multiple children, that could save more than $100 a week. As an added benefit, campuses with an academic activity scheduled after school can offer free supper to every student who might be there.

Mission CISD has received positive feedback from both students and parents on the supper program. One such student told Perez that it was her responsibility to make sure her younger siblings were fed since her parents both worked late.

“She said, ‘now that I get to have supper and my brothers and sisters get to have supper, now I have more time to dedicate to my studies,” she said. “One of the mothers said, ‘the time I used to spend preparing meals, now I can spend it — it’s more quality time with my children.”

The overriding goal is to make the nutritious food available and appeal to the students in a variety of ways. For example, the district noted a low participation for breakfast. Breakfast is essential to getting the day started on the right foot, but many students had other commitments, like early morning training, at the same time breakfast was offered in the cafeteria. Other students simply weren’t hungry at that time.

But once the district rolled out carts of breakfast foods in the hallways of secondary schools following first period, participation more than doubled.

“We have our summer meals,” added Rosy Woodrum, director of Mission CISD’s Child Nutrition Program. “So school’s out, but hunger is still in. This year, we had more sites than ever. We had close to 40 sites. We reached a lot more children.” The district retrofitted buses to become dining halls. “It was wonderful. We’d be driving up and you could hear the kids yelling, ‘here comes the bus!’”

Even as Mission CISD provides meals to its students, it goes further to provide parents with resources for success. Nancy Villarreal, Family and Community Engagement coordinator for the district, described a number of programs designed to educate parents, including literacy, math, nutrition, and mental health, among others.

“At the end of the day, it’s building a community and continuing to grow a community,” Villarreal said. “A lot of our businesses come to us. ‘How can we help?’ They see what we’re doing and that says a lot about the community.” 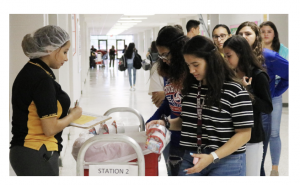 Those efforts include clothing sponsorships, hygiene care packages, donations, and much more. And when it comes to giving back, that door swings both ways. Many extracurricular activities throughout Mission CISD drive to do good for the community.

“There’s a community service aspect of it all where they’re expected to give back in some form or fashion,” said Craig Verley, director of public relations at Mission CISD. “It takes the form of everything from clothing drives to food drives to all sorts of things.”

There are numerous volunteer opportunities within the district throughout the school year, Villarreal says. During September, those volunteers aimed to get students in the classroom. The biggest thing the community can do to support the district is to make sure students get to school.

“One of the things that we know is that lessons lost can never be replaced,” Perez said. “The dynamics of the first teach can never be replaced because that’s when the rich instruction takes place, when children are able to ask questions, interact with each each other, with the teacher.”

The district is going the extra mile to make sure that happens. Dedicated buses can pick up students anywhere — Mission CISD is an open-enrollment district. And if parents are having a true emergency and can’t take their kids to school, attendance officers can get the students to classes.

“Everything is possible,” Villarreal said. “I tell them, the only thing that’s not possible is to quit. We can make it better and give you the support you need to be a successful parent.”