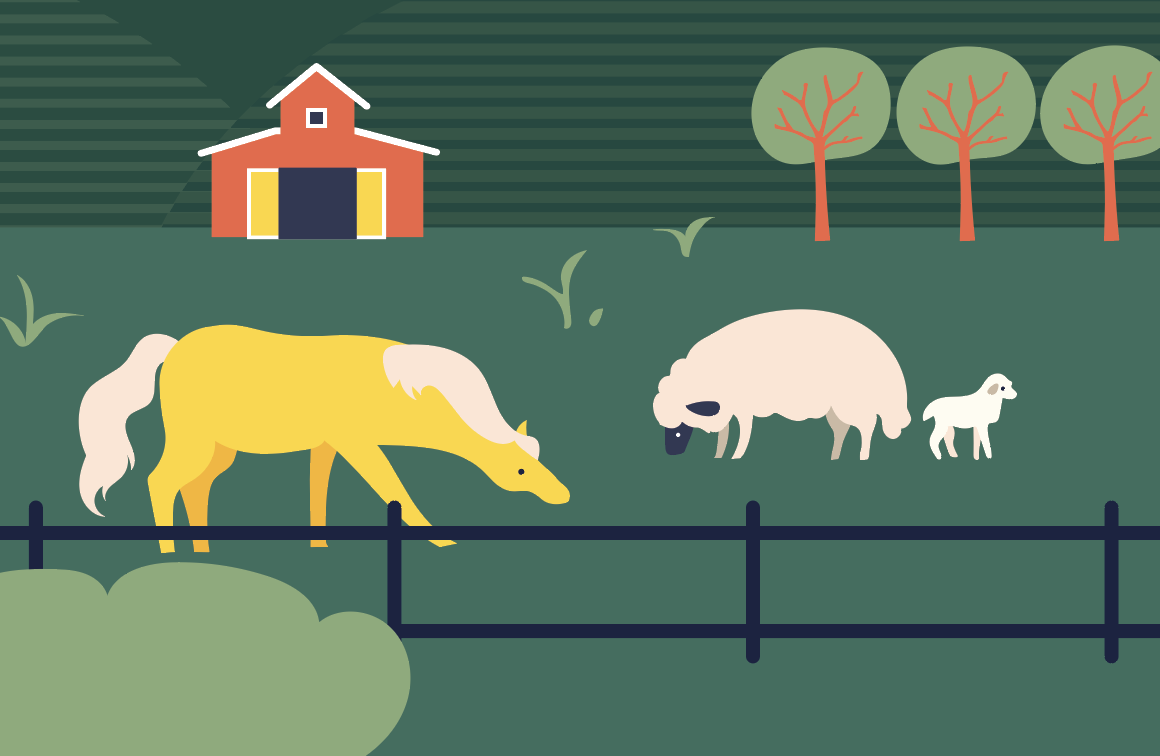 People skills, punctuality, dedication, and overall responsibility are some of the skills that tend to go unnoticed when people think of Future Farmers of America. But these will definitely be an asset to students during and after their college years.

“The first thing that I tell everybody is that it’s not just about showing livestock,” said Jessica Castellano, current agricultural sciences teacher at Nikki Rowe High School and former student FFA member at the same campus. “That’s the biggest misconception … it’s so much more than just exhibiting animals and that’s not a requirement, that’s an option.”

Castellano, 27, has bachelor’s and master’s degrees in agricultural science from Texas A&M Kingsville as well as her teaching certificate. She is the only agriculture teacher at the high school and teaches four subjects including principles of agriculture, advanced animal science, welfare management, and agricultural mechanics.

But the lessons expand further than that, Castellano said, as the students become involved with the community through volunteer work. They learn how to work with peers and help each other when needed.

Even as some students — including herself, back in high school — are drawn by the love of animals or intentions to become veterinarians, they end up learning much more than that without even knowing.

“It really helped me learn to talk to people because I was the person who was really smart but kind of just sat at the back of the class,” Castellano said, recalling her time as a high school student. “Without FFA, I wouldn’t have been as strong of a person because it just built me into who I am.”

From the moment she left high school, she knew she wanted to return home to teach ag science classes and lead the FFA program, which at the moment has 46 student members and about 80 students enrolled in its classes. 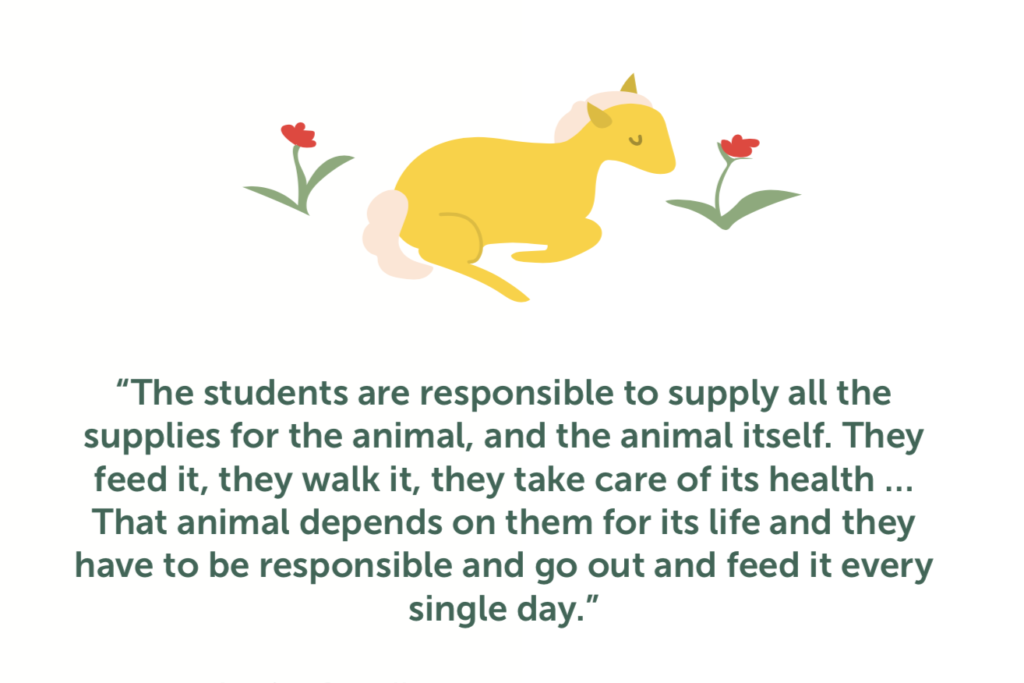 One of her students and current FFA President Alexa Anzaldua, 17, said she got in the program for the love of animals and her former dreams of becoming a veterinarian.

Anzaldua joined the program as a sophomore, and now as a senior, her career goals have changed — but her respect and love of the program grew stronger.

“When I first got into the program, I was very shy and just in my own little bubble,” Anzaldua said. “At the shows, I get to talk to a lot of people and students from different shows and it’s really awesome.”

The fear of college is now gone, she said, as she has learned to come out of her shell — as well as other skills, such as time management and dependability. Anzaldua currently works, attends school, and leads the chapter.

She also tends after her own animal, a lamb named Honey, and alongside her 10-year-old brother, a junior FFA member, she also helps raise his goat named Toby.

Raising these animals is nothing to take lightly, as the responsibility falls solely on the students. The process demands good time management and dedication.

Students who choose to raise an animal for competition or show have to tend to the creature every day of the year, including weekends and holidays. The biggest animals stay at the school district’s Ag Farm and students — sometimes aided by parents or family members — visit several times a day to feed them and clean up after them.

“The students are responsible to supply all the supplies for the animal, and the animal itself,” Castellano said. “They feed it, they walk it, they take care of its health… That animal depends on them for its life and they have to be responsible and go out and feed it every single day.”

The entire team also prepares for several competitions, including the Mercedes Livestock Show, which runs for 12 days straight. The animals have to be kept in the fairgrounds the entire time, and students must tend to them there and get them ready for show. The animal then gets sold for market or for breeding.

Anzaldua believes the responsibility skills gained through her time at FFA will come in handy once she moves on to college in hopes of becoming a pharmacist.