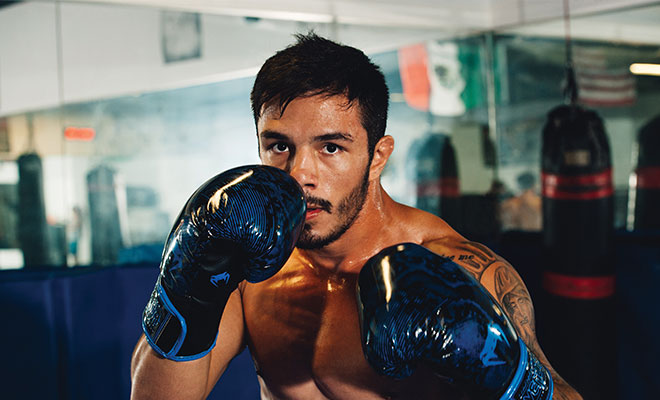 Starting with a broken nose in Brazil and presently healing a fractured foot in Edinburg, Guilherme Farias da Costa’s journey through mixed martial arts has been wrought with injuries.

But time after time, the MMA professional finds himself in the octagon ready to land some more blows.

“I’m a black belt in Muay Thai and I’m a brown belt in Brazilian Jiu-jitsu. I think this is the best martial arts that you need to know to be successful in MMA because Muay Thai has the striking, the way you throw punches, kicks, knees, and everything,” the 25-year-old said. “Brazilian Jiu-jitsu is where you have the chokes, the grappling, and all the ground fights.”

The Manaus, Brazil, native was pulled into mixed martial arts by an uncle of his. Before then, da Costa stuck to soccer, never having practiced any form of fighting in his young life.

“Around that time, I was scared. I was just 14 years old and he was calling me to train in his gym. He told me to do it for self-defense, and that I would start losing weight and feeling better,” he said. “In the beginning I was scared because I was the only 14-year-old there with a lot professional fighters.”

“I actually trained with him for a good while, even before he became a champion,” da Costa said. “Now to see where he is at and that one day we were training together, hanging out, it really inspires me.”

When the local lightweight class fighter has a professional match coming up, he will train for six hours every day. So far, that effort has brought him a record of seven wins, two losses, and zero decisions.

Even though he has had his share of victories, da Costa’s road to MMA fighting was not without bumps. 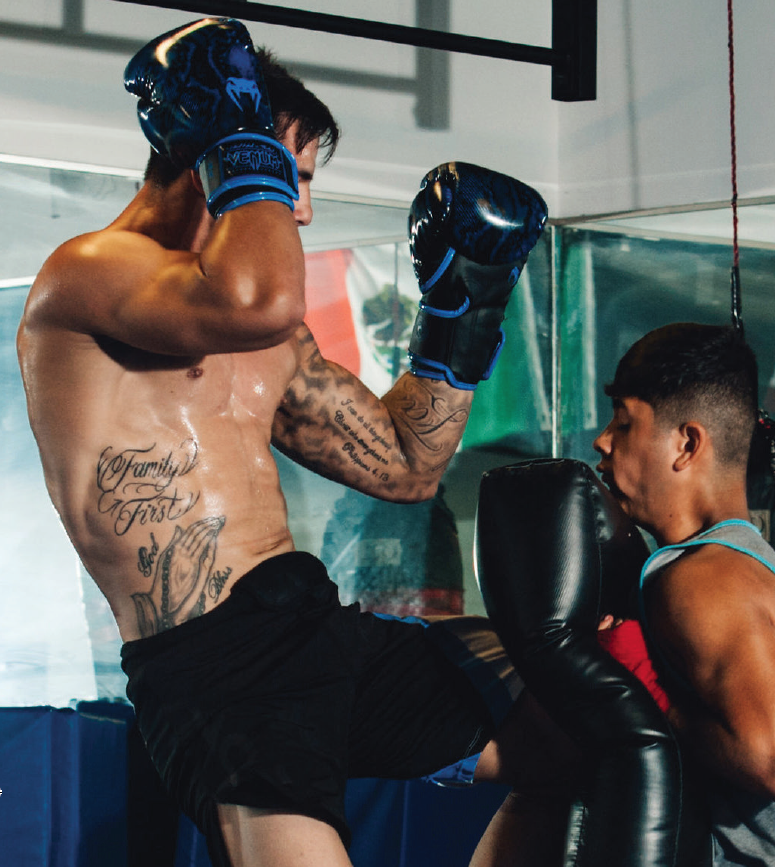 “After the first month of training I stopped because I remember some guy broke my nose,” he said. “It was an accident and my mom kind of got upset but later I told her, ‘Mom I want to keep training. Please let me go train.’ After I convinced her, I never stopped.”

And to this day, he hasn’t.

The MMA and muay Thai instructor also trains students at various gyms around the area, which was the reason for his moving to the Rio Grande Valley in 2014.

“I have a friend who has a gym here and when I was living in Brazil, we had a meeting at my old gym,” he explained. “We started training together and after he asked if I wanted to go to Texas to help him out at his gym so I could coach his students.”

He has been training others at that dojo ever since. But coming to the United States and leaving his life in Brazil behind was nerve-racking to da Costa, who did not speak much English at the time.

Two years later, the Edinburg resident is married to a local woman whom he spends his spare time with and he is planning to open his own gym in Edinburg.

As for his next match, those details are unclear due to an injured foot da Costa suffered in his previous July 16  match against Gilbert Jimenez of San Antonio. That shortfall hurt more than his bones.

“At the end of the second round, I got hurt. I fractured my foot and I had to stop the fight,” he explained. “It’s hard to accept because I was winning the whole fight and I feel like he didn’t even touch my face.”

Nevertheless, da Costa’s goal of becoming a UFC fighter is as steadfast as ever.

“MMA fighter has this dream,” he said. “I know I have the potential to be there and I know it’s going to happen some time soon.”

Editor’s note: After the publication of this article, Guilherme Farias da Costa opened his gym, Amazonas MMA. Learn more at their facebook page.