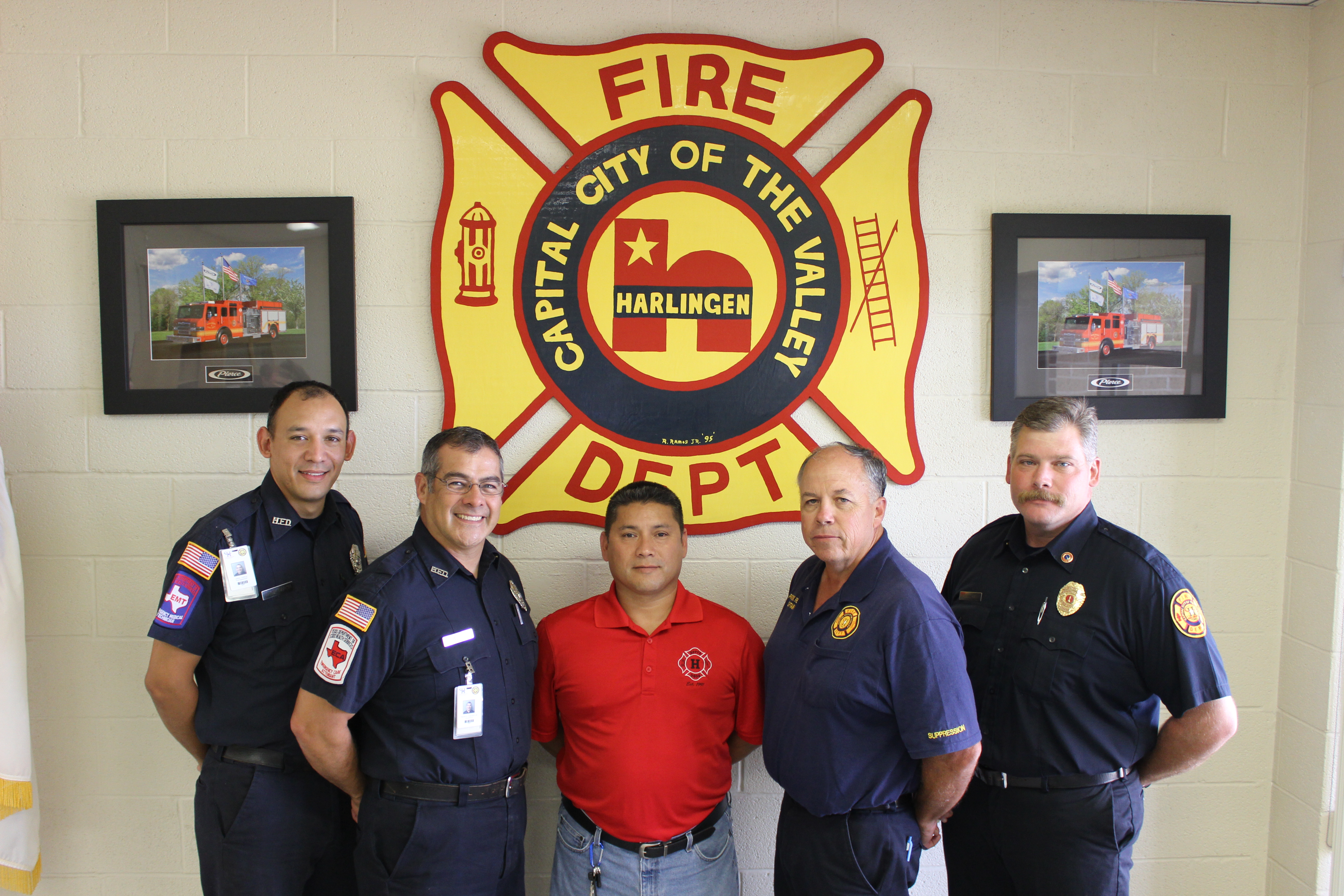 Harlingen firefighters led all Rio Grande Valley participating fire departments in raising donations during the Muscular Dystrophy Association’s “Fill the Boot” campaign for 2014 by bringing in $35,019.

International Association of Fire Fighters Local No. 3404 set a Valley record for its fundraising total, according to MDA officials. The 99 firefighters gained the funds during three weekends in May and June with “Fill-the-Boot” proceeds that motorists contributed while waiting at traffic signals at various intersections. The effort benefits children and adults from South Texas who are affected by muscle disease.

Firefighters from Fire Station No. 8 raised $7,183.82 and swept the top fundraising spots among the firefighters’ three shifts competing within the city.

“The real contributors are the citizens of Harlingen,” said Darrell Loftus, battalion chief.

“It took their (citizens’) generosity to give us these numbers,” added Lt. Jose A. Ruedas Jr., president of the Harlingen Professional Fire Fighters Association.

Ruedas explained that the MDA “Fill the Boots” fundraiser celebrates its 60th anniversary in 2014 and representing the City of Harlingen is a tradition for the Harlingen Fire Department. The 2014 total for MDA during “Fill the Boot” in Harlingen set a record for the city’s firefighters. “Being the number one fundraiser among the region’s fire departments reminds us this is worth the effort,” Ruedas added. “Our firefighters realize this cause is for the children, a summer camp, muscle disease research and other valuable purposes.”

The 2014 “Fill the Boot” donations will boost MDA’s programs of worldwide research, specialized health care, and services to clients and their families such as sending children affected by muscular dystrophy and related diseases to a weeklong, barrier-free MDA summer camp at Camp Aranzazu in Rockport. The MDA of South Texas sent 39 youngsters to summer camp in 2014, an increase over 2013.

As the MDA’s largest national sponsor, the IAFF fuels MDA’s mission to find treatments and cure for life-threatening muscle diseases. The IAFF is a major contributing sponsor of the “MDA Show of Strength Telethon.” The IAFF contributions from charity baseball games and other local events help fund MDA’s efforts to raise awareness and provide professional and public education about neuromuscular diseases.

“Throughout 2014, MDA and firefighters are celebrating 60 years of proud partnership, joined together in the fight against life-threatening muscle disease,” said Jennifer Molina, RGV area director for MDA. “Firefighters do more for MDA and the families we serve than any other group. In the Rio Grande Valley area, they spend countless hours every year participating in ‘Fill the Boot’ drives and at MDA summer camp. We’re grateful for the support of these inspiring, selfless individuals who have made a profound impact on our families’ health, well-being and quality of life.”