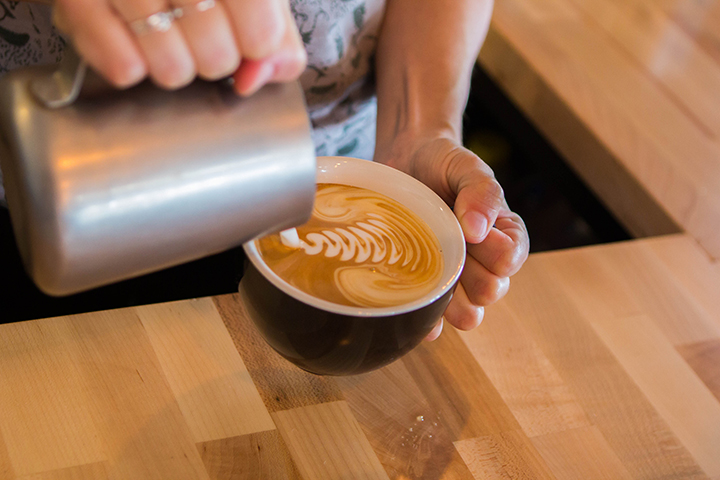 The soothing, warm, and steamy drink is loyal when you most need it. It can energize your morning and get you through the day. It can even be served over ice. It’s coffee.

According to a 2010 National Coffee Association Annual Drinking Trends survey, 56% of the adult population in the United States drinks coffee. 40% of the total consumption is specialty coffee, similar to what is sold in coffee shops.  Convenience store coffee is often not up to snuff for discerning taste buds.

Coffee shops offer more than just deliciously delivered caffeine. They offer a cozy and friendly place where people can meet for dates, work meetings, or study for that one exam, making them a to-go place. Locally, Moonbeans turns out to be one of those places and an alternative to the leading global chain of coffee shops.

In metropolitan cities, coffee shops including Starbucks, are accessible at every other corner. That is not the case in the Rio Grande Valley. There are not many coffee shops and the small ones that pop up tend to not last very long. MoonBeans owner Luis Beltran has made it his goal to bring that experience to valley residents.

“Everyone wants to open up a coffee shop, but they don’t realize it’s going to be a lot of work, time and tremendous sacrifice,” Beltran said. “They’re going to be open during holidays as well.”


According to Beltran, the coffee shop business has an 80% failure rate during the first year in the Valley.

MoonBeans has been one of the lucky surviving shops and continues to experience success as it has expanded to Edinburg and Pharr.

“We are the largest local coffee shop,” Beltran said.

Beltran credits the success of his coffee shops to the extensive research done prior to selecting McAllen as the first location.

Beltran travelled across the United States to major coffee chains and smaller coffee shops to take note of what worked and what he wanted to incorporate.. It was eighteen months of research and collaboration with experts in business such as the Small Business Association and advisors from The University of Texas Pan American. Research included finding out  about potential customers: their demographics,  their preferred locations, and more.

Beltran recalls the skepticism he experienced when he first introduced his business to the Valley.

“People would ask, what’s the difference between this coffee and Circle K’s?” Beltran said. “They would try it and then come in a week later for more.”

It is in fact MoonBeans’ goal to move toward direct trade in the upcoming years. Rather than importing from sourcing companies, Beltran wants to begin building relationships with farmers in Guatemala, Brazil, Costa Rica, and Panama.

Beltran continuously strives to distinguish his business from others. However, where he intents to get his coffee beans from in the upcoming years is not the only aspect to note.

It is important to notice the details at every MoonBeans coffee shop. Every aspect of the design and location of a MoonBeans is purposeful, from the furniture to the building itself. A large communal table sits in the middle of the recently renovated McAllen location and it is not only for an aesthetic purpose. It forces customers to sit next to “strangers,” creating the possibility of forming relationships through a simple conversation.

Back in 1928, there was a building that served as a firehouse and county jail in the city of Pharr. Today, it serves as the location for Moonbeans. Mere coincidence? No. It was in fact this building’s history that made it appealing to Beltran and even the mention of potential ghosts.

“As soon as he said firehouse I said well lets go look at it!” Beltran said. “When I saw the firehouse, I went inside and I said ‘this is it’. This is who we are.” 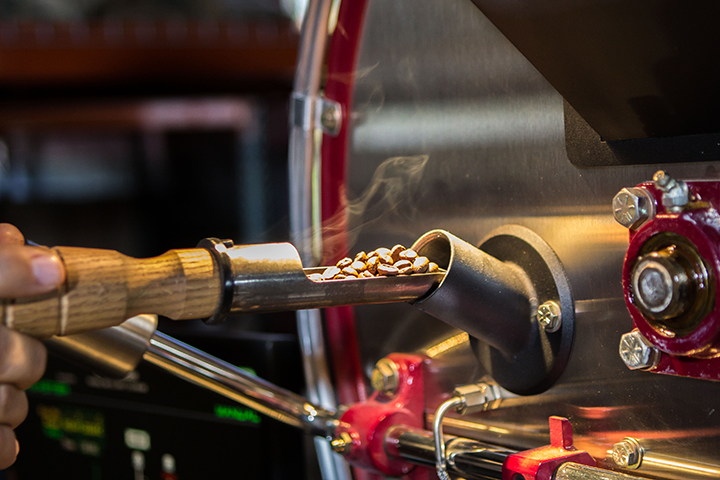 If you’re wondering why things are set up the way they are, feel free to ask the owner. You’re in for a great story and surprise.

The stories and success tips are something Beltran is more than willing to share to those who ask. His intention is to provide an experience to residents rather than dominating the coffee industry in the Valley.

The new University of Texas-Rio Grande Valley medical school opening up in 2016 will certainly bring in people to the Valley from around the world. Beltran hopes this will mean new customers and an opportunity to provide a Moonbeans experience to visitors.