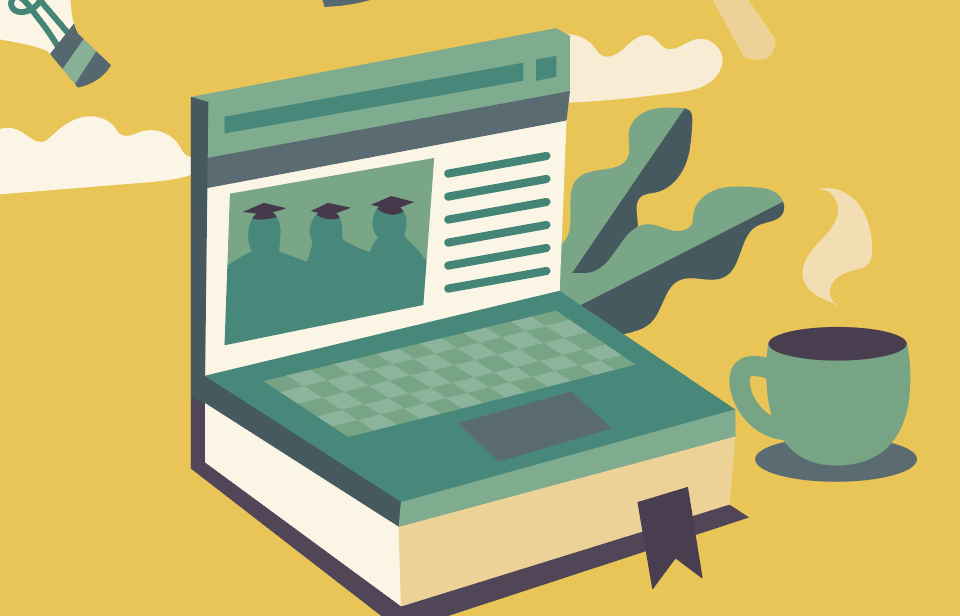 What started as a way to try to re-engage IDEA Public Schools graduates who had dropped out of college is now an opportunity for anybody looking for a flexible way to attain a college degree.

For over a year now, IDEA-U has been offering college degrees to those who might have left the traditional college pathway for any reason. Using a hybrid method of online courses and in-person guidance, the organization aims to expand its offerings from its former K-12 model to a college education.

What made this latest venture possible for the charter school is a partnership with College for America — a division of Southern New Hampshire University — which offers online courses throughout the country and abroad.

IDEA-U opened its doors to its first cohort of 54 students on Oct. 1, 2017. Of those students, 36 were IDEA alumni and 22 were local community members. Throughout its first year in existence, the institution served a total of 109 students, reaching the goal set by the memorandum of understanding signed with College for America.

“It was originally a re-enrollment and recommitment strategy,” said Maria Esther Rodriguez Nguma, co-founder and director of IDEA-U. “We found that for a lot of IDEA Public Schools alumni who had not been successful (in college), it wasn’t really due to not being academically prepared. Life had gotten in the way. So many of our students had to contribute to their family’s income so they were working either full-time or multiple part-time jobs.” 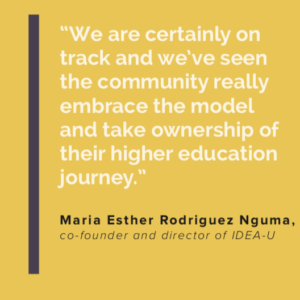 It was due to these responsibilities that many of their students had either halted their college studies or not moved on to college at all, Rodriguez Nguma said, so they were looking for flexible options. They also realized this could be a good opportunity for people already in careers who were not able to move up do to the lack of a degree, including their own IDEA staff.


The institution adopted the full College for America model in which the online courses are taken in a learn-as-you-go model. Students move through the coursework at their own pace while being asked to reach certain benchmarks. But they must also meet in-person at the IDEA-U centers with an assigned College Completion Advisor every week.

“They have a great tradition and expertise in both higher education and online learning, so it was a perfect, perfect fit,” Rodriguez Nguma said.

The degree plans are offered on a flat rate tuition of $2,750 per six-month term, and students can take as many credits as they can handle.

The institution is now in its second year of existence with about 150 students in the original Weslaco location and its first graduates — three with bachelor’s degrees and 16 with associate degrees who are now moving on to a bachelor’s.

The growth came almost immediately as IDEA-U quickly expanded to Brownsville in August 2018 and San Antonio in November 2018. Each of the new sites serves between 50 to 60 students.

The goal for this year is to have 400 students enrolled in total and to serve DREAMer students via a grant received in 2018. “We are certainly on track and we’ve seen the community really embrace the model and take ownership of their higher education journey,” Rodriguez Nguma said.

In the future, IDEA-U hopes to expand to other areas of need throughout the Valley, considering the only two locations might still be far for most students.

In the meantime, those interested in applying can go to idea-u.org and fill out an application online. Some of the requirements include having a high school diploma or GED, committing to spending 12 hours per week at IDEA-U, and agreeing to meet with a College Completion Advisor once a week.

The school also conducts a four-week academic onboarding, or refresher course, in which students can see whether the program works with their schedule and lifestyle before any tuition is charged.

“We call it academic onboarding and it’s meant to refresh their math and writing skills,” Rodriguez Nguma said. “They are learning how to be good online learners … after the four-week period, they are officially enrolled in College for America and they get an additional month of tuition and fees free. So they really have two months to figure out if the program is a good fit.”