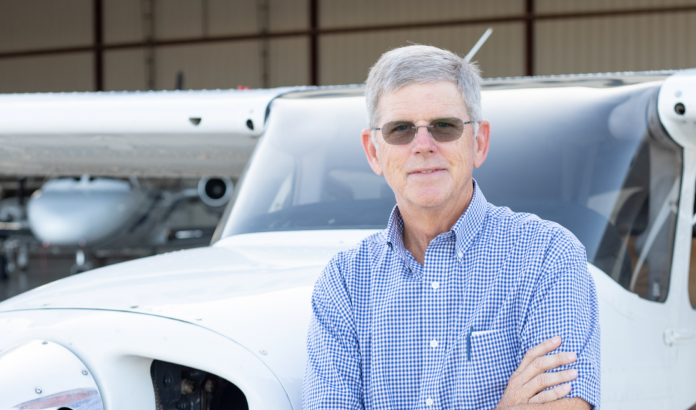 The drone of Cessna engines and the majestic sight of student pilots taking flight in those same small aircraft is a testament to the success of McCreery Aviation. 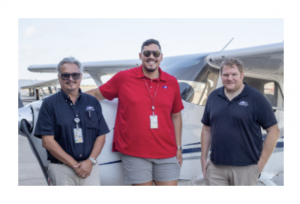 For nearly 75 years, the McCreery Aviation brand has been associated with making dreams come true for anyone who has ever wanted to spread their wings and fly.

“We’ve had youngsters come out to do some playing, and if they are less than 16 years old, then they are probably just doing it for the fun or the experience of it,” said Bob McCreery, owner, general manager, and president of McCreery Aviation. “You can’t solo or get too deep into your training until you’re 16, and you can’t get your pilot’s license until you’re 17.”

In 1946, J.F. “Mac” McCreery — Bob’s father — opened a flight school at Central Valley Airport in Mercedes. Two years later, Mac, who had been an instructor stationed at Harlingen Army Airfield during World War II, moved with his wife to McAllen, where they established roots for themselves and McCreery Aviation.

Like his father, Bob says flying is in his blood, and a part of who he is today.

“I grew up around aircraft,” he said. “I got my license at 16 and soloed when I was 17. I don’t fly as much as I used to, though, because I am busy running things down here.” 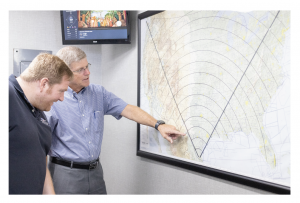 McCreery Aviation uses the Cessna Flight Training Curriculum to teach fledgling pilots to fly the Cessna 172. This can take several months to a year, depending on how much time the student takes to log the requisite minimum of 40 flight hours for obtaining a private pilot’s certification.

Like any business, there have been changes at McCreery Aviation. Since 2018, the business has added another Cessna 172 to its fleet of training aircraft and upgraded a few of the five existing Cessna’s avionics and GPS equipment.

And when the COVID-19 outbreak happened in early 2020, McCreery said they were not sure what was going to happen next.

“We kind of followed the rest of the world, and we kind of shut things down on the flight training side,” he said. “We probably did that for maybe two, three, or four weeks — until we could figure out what was going on.”

McCreery said his instructors began calling him frequently, each of them saying, “We want to fly.”

The McCreery Aviation team quickly created a COVID-19 plan that allowed for masking up during flight training and disinfecting the aircraft after each session in order to reopen.

The flight school was extremely busy, and McCreery said there were no reported cases of the coronavirus among instructors or students.

“People didn’t want to sit around and hide out,” he said. “They wanted to get back out there, and we were happy to do it.”

Many of McCreery’s student pilots come up for the summer from Monterrey, Mexico, but the majority of their students are from the U.S.

“We’ve always had a good mix of customers here from the U.S. and Mexico,” he said. “It’s always been that way because of our proximity to the U.S.-Mexico border.”

According to McCreery, the ages of their students are also diverse — ranging between 17 to nearly 70.

After more than 70 years in business, the services provided by McCreery Aviation are almost as diverse as their student pilots. This is what makes them stand out from other flight training organizations in the U.S.

“We have a maintenance and avionics shop, we have the flight school and charter service, we have an aircraft sales department…we do support for the airlines, as well. If you look at the FBO’s in the Valley, none of them provide all the same services we do.”

To learn more about opportunities for flight training at McCreery Aviation, visit McCreeryAviation.com.