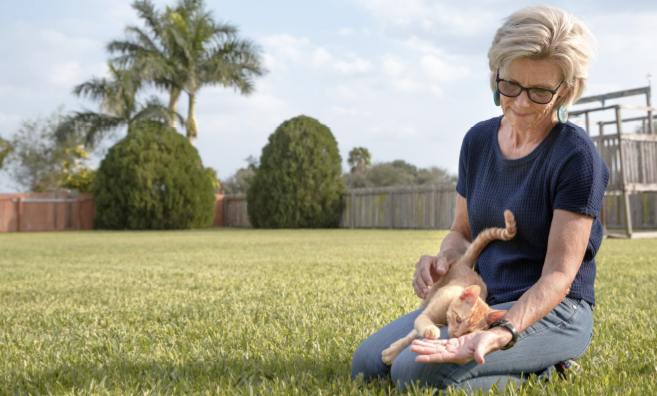 Keely Lewis isn’t positive which of the three kittens she took in at the end of November 2020 counts as her official 200th foster, but she’d probably say it’s Junie. The trio were positive for ringworm, prompting Lewis to open her doors after she thought she was done fostering for the year.

People are hesitant to foster ringworm kittens, which Lewis, board president for Palm Valley Animal Society, says she can understand — even as she believes they still deserve a chance. PVAS used to euthanize pets with the curable skin condition, which is caused by a fungus.

Now, though, ringworm-positive pets can be fostered — along with neonatal kitten litters that, without a mother, wouldn’t survive.

These and other efforts enabled PVAS to recently become recognized as a no-kill shelter with an over 90 percent live outcome rate. The thriving foster program is one part of a multi-faceted approach to save a majority of the 27,000 animals that pass through the shelter each year.

There are about 800 foster homes registered in the Rio Grande Valley that work with PVAS on getting pets out of the shelter, says Allison Le Grice, community engagement manager. And through the support of a grant received in 2020 from Maddie’s Fund, PVAS has been able to pull together kits with crates, food, bottles, toys, and other items to encourage more participation in the foster program. 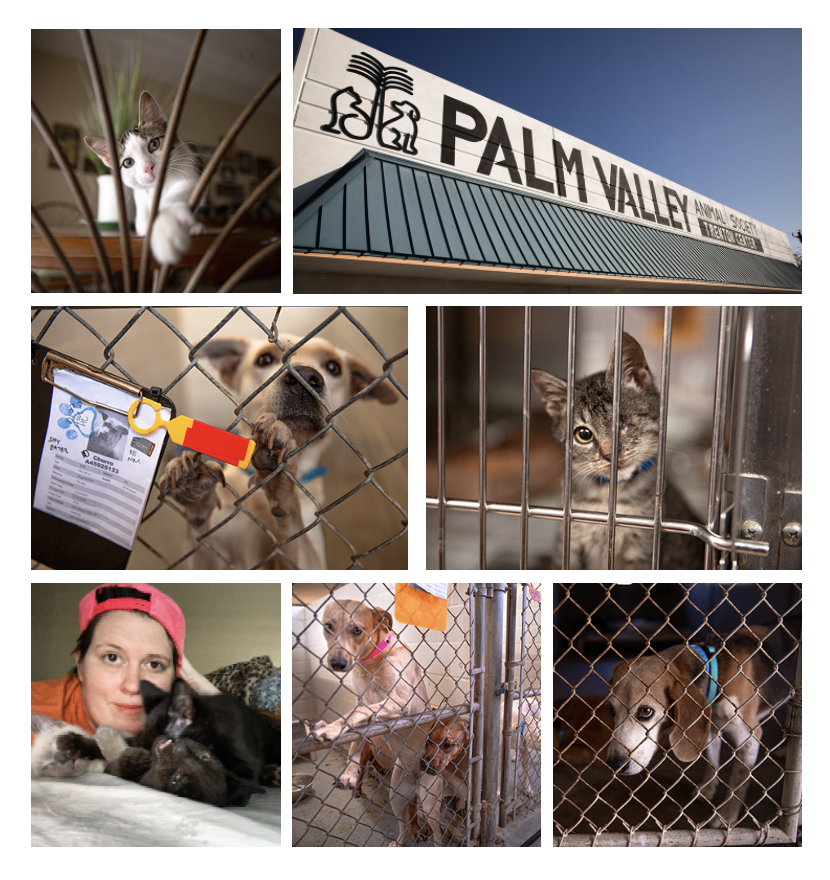 These resources, an app to track the pets’ progress and vaccinations, and a Facebook group of nearly 700 PVAS fosters and volunteers have made fostering more accessible than ever before.

“The shocking thing when you go to the shelter is just the sheer amount of animals that are there. It’s just unbelievable,” said first-time foster Lisa Morrell. She ended up adopting three of her foster cats — including Charlotte, a former runt beset with health challenges. “Even a short-term foster can make a positive difference in freeing up shelter space and saving more lives.”

Monica Perez Palacios, a self-professed dog person, was seriously considering adopting her two 6-week-old foster kittens at the time of publication. “They definitely grow on you,” she said.

Her fostering experience has imparted what she hopes will be lifelong lessons for her young children.

“It’s taught my kids the meaning of actually making a difference,” she said. “They’re little, but anytime they see an animal on the street, they’re like, ‘Mom, Mom,’ and, yep, I’m on it. They definitely value these little animals.”

As fulfilling as the experience may be, there are also challenges — and sometimes heartbreak. Palacios lost two of her neonatal kittens to preexisting conditions. Andrea Casas, another foster, lost kitten Robin. But when she saw how easily Robin’s brother, Batman, weathered 2020’s Hurricane Hanna with her, she decided to keep him.

A person ending up adopting their foster pet is known as a “foster fail.” But PVAS Executive Director Donna Casamento prefers to call it a “foster fit” — a family deciding that a foster pet fits best in their own home.

Casamento focuses on keeping pets out of the shelter. PVAS is the second biggest shelter in the country in terms of volume of intake, but it operates at a fraction of the budget of similar organizations. That’s why donations are so important to the mission at PVAS — such as a new Animal Compadres initiative that allows participants to give any amount on an ongoing monthly basis.

The PVAS team has revamped the way the shelter operates, including growing the foster program, expanding volunteer opportunities, opening a pet food pantry for people in need, and controlling the stray population through education on spaying and neutering and the Community Cat Program.

Sandry Triplett Overly monitors a community cat territory in a retirement village where her in-laws live. To date, she has transformed the lives of 22 felines. Despite her husband’s initial reluctance, she became a foster this year. They just adopted two of their foster kittens: Cheeto and Possum.

I, too, became a first-time foster in September 2020 for the K-Pop litter: three kittens just 3 weeks old. In time, they became Dr. Murder, an adventuresome blue-eyed siamese, Minnaloushe, a mischievous black bob-tail with a white starburst on his chest, and cuddly Crust, who matched Minnaloushe in every way except for the tail. For nearly two months, the brothers grew up in my bathtub — you need less space than you think to successfully foster. The joy they sparked was tinged with a wish to keep them forever.

“You have to be ready for letting them go,” Casas said, and perhaps I wasn’t when the rescue partner came calling. The brothers got new homes in Tennessee.

“It’s very rewarding. It’s also very hard,” Le Grice said of the moment when fosters turn over the pets to their forever homes.

Le Grice shows me photos of the three brothers in their new homes. Dr. Murder poses in front of sliding doors overlooking a deck, cotton ball fur already sleeker since the last time I saw him. Crust snuggles up to a beaming woman, white starburst ablaze on his chest. Tailless Minnaloushe sprawls on a lap, needle claws out, making biscuits, as his new mom strokes his back. Seeing them shiny and contented and loved like this is an easier last memory for me.

“Especially with the pets that wouldn’t have lived without a caregiver, that keeps fosters going,” Le Grice said. “Seeing them adopted out and just knowing that they changed that animal’s life.”

Pets can change fosters’ lives, too.

“People need a release from everything that’s going on. You get to focus on something that’s nothing but positive,” Casamento said. “Fostering is fun even if you have pets or you’ve never had experience with pets. Whatever your level of comfort is, we’re going to help you through the process.”

What has your fostering experience been like with PVAS? #JoinTheConversation at facebook.com/rgvisionmagazine.