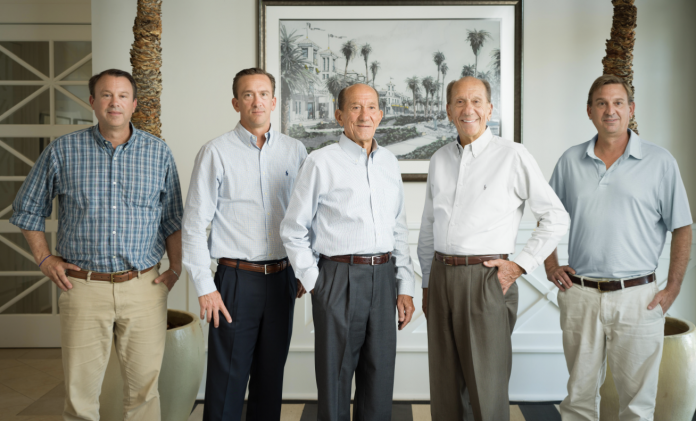 The economic stagnation that has apparently gripped the South Padre Island real estate market for a little more than a decade is slowly showing signs of new life in 2021 and beyond.

Dennis Franke, who heads up one of the oldest and most well-known real estate firms on the island, said SPI’s real estate industry has been “fairly flat” since the start of the Obama Administration — during what many economic experts called the Great Recession.

“That administration literally sucked all the optimism and energy out of the economy. When you take the optimism out of the markets, the first thing to go are luxury items and the last thing to come back are luxury items,” he said. “It’s been a very long downturn with very little going on, but we’ve gone through this period, and we are back in the groove where things are going good.”

Franke Realty, which has been instrumental in the development of South Padre Island for more than six decades, has a reputation of providing quality professional services related to vacation condominium rentals and other luxury real estate needs.

Franke said despite the long downtown, the desire for luxury rental properties has been consistent, and it has had the South Padre Island market hovering in place for quite some time. 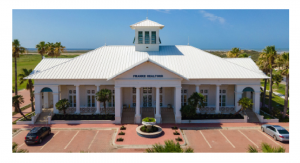 “We’ve only recently begun to see a serious uptick in the interest of real estate here on the island,” Franke said. “We are in a luxury market. We sell luxury real estate that people don’t have to have, but they do want.”

One of Franke Realty’s most popular developments is The Shores, located in the north end of South Padre Island between the Gulf and Laguna Madre. The luxury seaside community includes an equestrian center, parks, shops, a marina, and world-class hotel amenities, according to its website.

All of these amenities encapsulate and promote the walkable concept of liveable communities, which has become more common in densely urban areas.

Many of Franke Realty’s customers who long for luxury come from here in Texas — and Monterrey, Mexico, which Franke adds has recently begun to come back into the market.

Other factors affecting the change is the recent absorption of real estate properties that Franke called “distressed.” 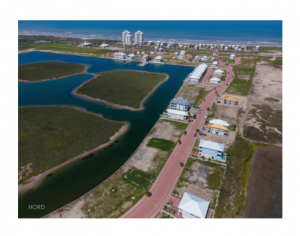 Those distressed properties had apparently accumulated over many years, and were considered an eyesore to the South Padre Island community.

This liquidation began with the selling off of some of the least expensive distressed properties.

Franke suspects that as those properties sold, it gave incentive for buyers to swoop in and buy up others that helped foster a sustained market increase.

“This is a very positive sign, because until you liquidate those properties and an owner is willing to lower the price in order to sell it off, you cannot stabilize the commercial real estate market,” he said. “At this point, it has stabilized — probably a year ago — and from that point forward, has gotten consistently better.”

Franke said the market has improved to a point where the distressed properties are nearly all gone, real estate inventories are down, new properties are coming on the market, and market prices are stabilizing and beginning to appreciate.

According to movoto.com — an online real estate database that lists available properties in the U.S. — the local real estate market began to slowly increase in 2020 and jumped sharply with the average list prices increasing from $649,000 on Feb. 1 to about $1.5 million by March 1. 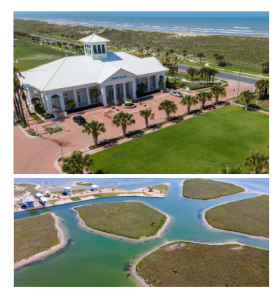 By the same token, local tourism may have also been impacted over the same span of time. According to the 2019 South Padre Island Resort market analysis from the South Padre Island Economic Development Corporation, the statistics indicated a steady increase in traffic across the Queen Isabella Causeway from 1990 to 2007.

However the same statistics inculcate a decrease in traffic in 2008, which was attributed to Hurricane Dolly, and fluctuated between 2008 to 2018, because of economic uncertainty.

The report also indicates that between 2010 and 2013, during the Obama Administration’s recession recovery, hotel revenues on the island increased only slightly, and were far behind the markets at Corpus Christi and Galveston.

A majority of the island’s visitors have traditionally traveled from Mexico, and accordingly represent a significant revenue generator for South Padre Island’s tourism industry.

Although the report was produced prior to the COVID-19 outbreak, the information suggests an upward trend in tourism through 2019 and beyond.

More good news followed in May 2020, when the EDC — amid the pandemic — released its Opportunity Zone Investment Prospectus that highlighted some of the potential areas of investment, and the potential for greater economic growth from industries such as SpaceX.

The report also showcased the magnificent beauty of the island’s beaches — which are among the cleanest in Texas — the abundance of wildlife, tremendous number of recreational opportunities available, and natural resources.

“This is a very positive time for the island; a more positive time than we have had in several years,” Franke said. “I look forward to this market continuing and would think that as the year progresses and as we move into the summer, the market will do nothing but improve.”

While Franke expects the rest of 2021 to be a good year for real estate, there are caveats for the future that may hinge on what the Biden Administration does in the areas of taxation — and the possible impact increases would have on the markets.

Despite those concerns, Franke remains optimistic that the South Padre Island market will experience a long streak of sustained and positive growth going into 2022.