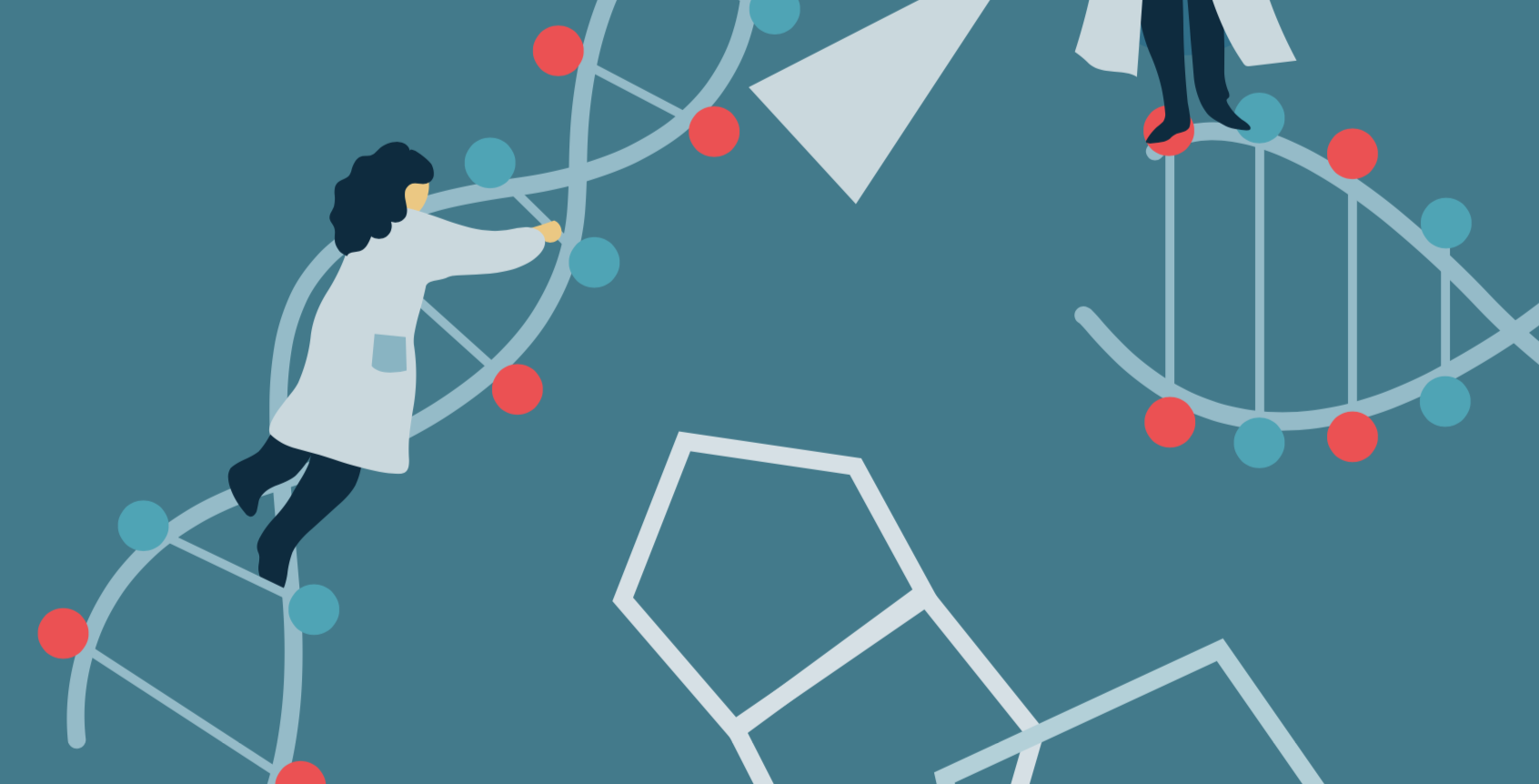 The world of self-care is quickly changing thanks to widely popular ancestry tests. And for those who are looking for something other than one-size-fits-all workout plans or diets, the answer might be in your DNA.

Modern nutritionist Ruth Iduarte became obsessed with how users can turn these ancestry tests into a tool to help improve their health habits in a way that you couldn’t before.

“A lot of things have changed in the way we see nutrition now,” she said. “Now we can incorporate technology along with genetics to personalize your nutrition and lifestyle.”

What Iduarte is describing are nutrigenomics and epigenetics, some of the latest areas of nutriology that dive deeply into how our DNA’s single nucleotide polymorphisms, known as SNPs, affect our metabolism.

“What people don’t know is that (SNPs) affect your metabolism by affecting the gene’s function,” she said. “Everybody has different versions of this … so there is not one diet for everybody.”

These SNPs can predict the way somebody’s body absorbs nutrients or foods, Iduarte explained, as well as metabolic deficiencies to a vitamin or mineral and whether you are prone to certain diseases, among many other things.

“This answers why people respond differently to chemicals in foods. For example, why am I sensitive to coffee? Why can he drink more coffee that I can? Why am I lactose Intolerant? … There’s a reason why you need to do a genetic test and use the technology that is actually available out there,” Iduarte said.

Other than tracing your ancestry, these tests usually come with raw genetic DNA data that you can download and process in other systems. These will usually analyze your SNPs and tell you everything from personality traits, to exercises and medications that work better for you.

One of these systems is called Preomethease, and it works like a Wikipedia of SNPs, giving you a lot of information on what your raw data means.

“It creates a personal DNA report based on your data,” Iduarte said. “It’s years of research that people have made on these SNPs and those SNPs have a function and they work and they are always very accurate …  it explains why you are the way you are.”

A lot of this information might confirm things you have noticed throughout your life, such as the way your body responds to certain foods, exercises, or medications, and even insight into your sleeping patterns.

The problem is that people tend to ignore these signs and go with cookie-cutter diets or exercise plans just because these worked for somebody else.

Iduarte, for example, discovered that her body doesn’t respond well to a vegetarian diet, gluten, or antidepressants, and that she’s got a runner’s gene. She had never run long distances for exercise, but knowing that her body would respond well to this, she began doing it — and saw good results.

“My genetic makeup is made for long distance running,” she said. “So I come from ancestry where in a little town, they used to go get fish from the rivers very early in the morning and then they used relay runners to get the fish to the town. So that’s where I come from.”

It all still falls in your ancestry, she said, and where you come from. Your tolerance or intolerance might have been caused by the living conditions of your ancestors and your genetic makeup will reflect those changes through the years.

Having this hyper-personalized information will allow people to determine how to best shape their lifestyles to stay healthy. But they can also use these tools to seek help from nutritionists like Iduarte to help better shape those plans and take action.

“This system can actually tell you how to prevent or what you are susceptible to,” she said. “So if you have a gene that you cannot metabolize fat very well, you are going to have a higher risk of Alzheimer’s in the future … you can start exercising, eating healthier, eating more Omega 3.”

With the right plan, the possibilities of what you can find and what you can do to enhance or prevent certain things in your body are endless, she said. On the other hand, not paying attention to these signs could lead to very catastrophic consequences and health issues.

Iduarte herself, for example, lost her hearing due to antidepressants.

“Before I did my genetic testing, I didn’t know why I kept taking antidepressants and I kept feeling really, really bad,” she said. “I would go to sleep and my joints would hurt and I still had really bad depression for years. So my antidepressant caused me to lose my hearing due to all the toxicity. So later on when I did (the genetic test), I learned I am not supposed to eat gluten. Gluten affects the brain and can cause depression, and I did not know that.”

The genetic test allowed her to pinpoint the real cause of her depression and how to attack it without taking the antidepressants that were causing other health issues. This is just one example of some of the tools she has gained from this data and how this information, coupled with a health plan, can change the present and future of many other people.

Those who have already purchased and completed one of these ancestry tests should already have access to this data file, and those interested in doing it should purchase even the cheapest test as long as it comes with the genetic raw data.

Getting the SNPs report costs about $12 and will give you the already personalized list of your body’s genetic makeup. Iduarte did caution people not to freak out if they see their body is prone to illnesses such as cancer — as most people are — and to seek the help of experts if you have trouble creating a plan for yourself.

Right now, there are not many experts focusing on nutrigenomics and epigenetics, Iduarte said, but an increase in demand might just turn that around considering the popularity of the ancestry testing.

“Dietitians need to get on this very, very quick because this is the next thing,” Iduarte said. “Now the whole game changes for everybody. The future is genetics and we are going to be treating people with nutrition and genetics in the future and that’s nutrigenomics.”

Ruth Iduarte can be reached at rgvyotequieros@gmail.com, and she offers classes in both English and Spanish.