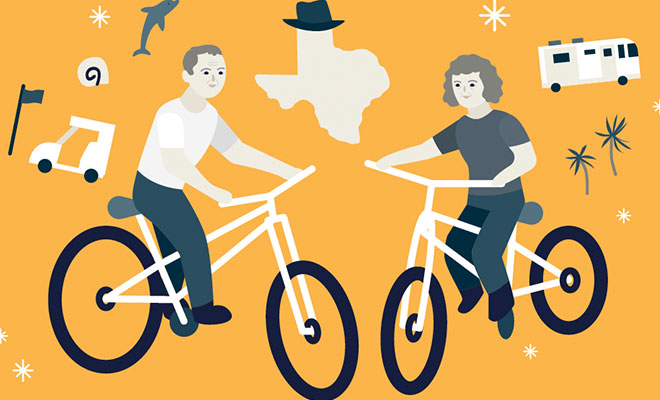 Every year, thousands of species of birds migrate south for the winter, in search of warmer weather and food. And every spring, they fly back home. Much like these migratory birds, senior citizens from the Midwest and the North have been “migrating” south to the Rio Grande Valley during the winter months in search of a more tropical climate compared to the frigid seasonal temperatures. Unlike our avian friends, though, who begin their journey home in the spring, more and more Winter Texans are choosing to make this relocation to the Rio Grande Valley permanent, staying year round instead.

The trend of welcoming these visitors from the north really took off in the 1960s, RV parks materializing all over the region to accommodate the seasonal travelers. Today, there are over 500 of these RV parks in the area. The Business and Tourism Research Center at the University of Texas Rio Grande Valley conducts a survey on the Winter Texans every two years in an effort to better understand their activities, interests, and impact on the region.

“The promotion of international and retail trade, tourism, and manufacturing is among the most successful along the U.S.-Mexico Border,” reads a market profile from the McAllen Chamber of Commerce. This effort has been transforming its historical agricultural-based economy into a major international trade area. The Winter Texan segment of the retail trade and tourism is significant.

The most recent Winter Texan survey shows they spent approximately $528 million in nominal dollars in the Valley in 2017-18. There were about 106,000 Winter Texans in the Rio Grande Valley living in an estimated 56,700 households. The average expenditure per household is estimated to be $9,314, including routine, monthly purchases and major, one-time purchases. The survey administrators believe that knowing how long they stay, why they come, and what they do while in the Valley is crucial to providing for their needs so they will continue to come and significantly impact the region’s economy.

While the climate and relatively lower cost of living are rated as the top two reasons they come to the Valley, the friendliness of the people is the third.

“What’s equally as important as the cost of living and the weather and the proximity to Mexico is that we’re friendly here and we want them here,” said Kristi Collier of Welcome Home RGV, an organization dedicated to serving Winter Texans. This can be seen in their name itself. Northern visitors are called “snowbirds” in many other places, but here, they are Winter Texans. They consider themselves and are treated as an integral part of the community — not just as tourists.

The survey indicates that the typical Winter Texan has been coming to the Valley for 11.3 years. Over 95 percent of them plan to return next year. Collier has been working with Winter Texans for 11 years now, and has noted an interesting change among them. More and more of them are becoming what she calls “converted Texans,” meaning that they are choosing to make the Valley their full-time home. She believes this will have a positive impact on the Valley, as well as the traditional Winter Texan. 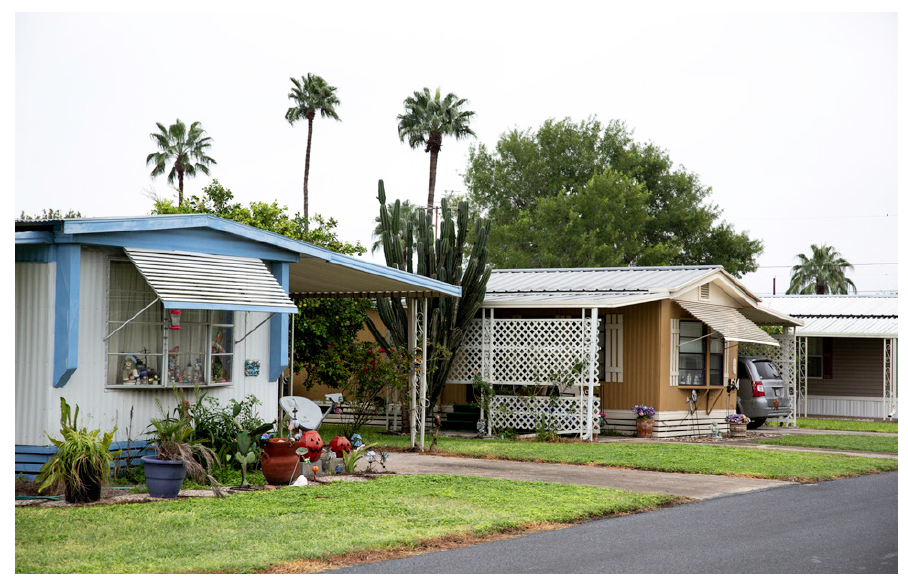 “They will find their favorite restaurant, and they’ll become repeat customers,” Collier said. “They’re going to find a physician and make it their permanent one instead of a random visit to a clinic.” She points out that the converted Texans are a loyal bunch and are also more likely to become active in local churches and looking for volunteering opportunities.

Jason Billman, the owner of Twin Lakes RV Park in Mission, has noticed a change, as well.

“Now that we have more permanent residents, we have extended some of our activities through the summer for those that are still here then,” he said. The park hosts weekly meetings and organized outings to local restaurants, among other things.

Collier acknowledges the impact the regular Winter Texans have on the local economy, but also highlights the impact of the converted Texans.

“There’s no doubt that if we can get more of them to go through what I call the conversion process and become converted Texans, and all of a sudden that economic impact goes through the roof,” she said. “That’s something that I don’t think has ever been really calculated.”

Winter Texans like to shop and eat out a lot, in addition to their regular expenses. As converted Texans, there will be an additional six months of local spending that wouldn’t have existed before.

The local community benefits as much as the businesses that sell to both Winter Texas and converted Texans. The sales tax and property taxes they pay are invested in the entire community. This makes them an attractive market for Rio Grande Valley business.

Welcome Home RGV hosted a two-hour workshop last September at the McAllen Public Library called “Marketing to Winter Texans 101,” during which they helped local businesses learn about the Winter Texan Community. Collier’s philosophy is simple. It’s all about friendliness and making them feel welcome. If you treat them well, they will come back. Winter Texans are big on referrals, giving and seeking advice from one another. Coupons, hosting special events, and advertising in niche publications will also bring in more customers.

The changing demographics of today’s Winter Texans and converted Texans opens up a new market to capitalize on that some businesses never thought they could appeal to. Many of these seasonal visitors and new residents want to get out and do all the things they’ve always dreamed of doing. This newer generation of retirees is more adventurous and looking for more experiential opportunities. For many of them, bingo night isn’t enough anymore, so give them a chance in the laser tag arena or set them up in an escape room and challenge them to get out.  They may just surprise you.

For more information on all things Winter Texan, visit www.welcomehomergv.com.