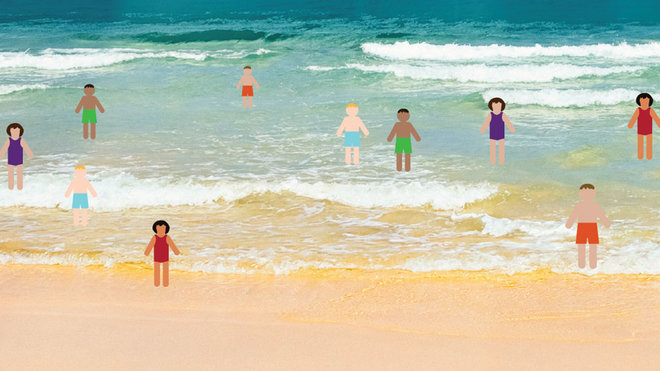 TV, movies, and videos bombard us with images of young college students and teens on un-chaperoned spring break excursions.  Last year, thousands of people flocked to South Padre Island alone. Unfortunately, what was once an annual college ritual has become a rite of passage for some high school kids, with teenagers thinking this is a normal, cool thing to do.  You even hear about some parents dishing out the money for their teen to go on all-expense paid spring break tours, assuming that they will be chaperoned.

Some teens may be very responsible and quite level headed, but (contrary to their own beliefs) teens are not mature enough to handle some adult decisions.  Kids can grow up having no fear and thinking nothing can happen to them but they still can be placed in a risky situation for which they may be unprepared. They may be taking serious risks that may affect them for the rest of their life. So what are some things parents need to consider?

Whenever you mix alcohol or drugs, teenagers or young adults, and the absence of parents, you often get the sum of a consequence that was not intended by the young person.  Maybe it’s just an embarrassing moment or two.  Maybe it’s the transmission of a sexually transmitted disease. However, alcohol is a fatal attraction for teens. It is implicated in the three major causes of death of children and teens in this country (National Institute on Alcohol and Alcoholism). During spring break, the average male reported drinking 18 drinks per day and the average female reported 10 drinks per day.  About half drank until they got sick or passed out at least once. (Journal of American College Health). Teens often downplay the risks, not considering the very real possibilities of sexual and physical violence, accidents, and even death.

When teens are faced with peer pressure it is sometimes difficult to make the best decisions.  Spring break sites are notorious havens for underage consumption of alcoholic beverages and other drugs. Spring break sites are also often the point of origin for STDs for many young people.  HIV, genital warts and herpes are prominent STDs that are incurable, but treatable. However, the psychological effect of the sexual experience can be traumatic for years.

Additionally, when there is alcohol and drug use there is always the increased danger of sexual assault and rape. Sexual predators have roamed these party havens for years, searching out unsuspecting victims.  These predators are incorporating a weapon today more than ever- drugs, specifically “date rape” drugs.   With one drink, the victim often suffers from decreased inhibition, sleepiness, and memory loss; this combination of symptoms not only increases the likelihood of sexual contact, but also decrease the chances for prosecution of a crime.

With the week off from school fast approaching, parents can prepare themselves for the upcoming discussion their teens will bring to the table.  Parents may sometimes have a hard time saying “no” or making a decision where they will  lose favor with their children, but we must remember that we are responsible for our children until they are age 18. Considering all the risks, parents do have the right to say no to their teen if they feel uncomfortable about any activity they want to do.  This is our obligation, to keep our kids safe.