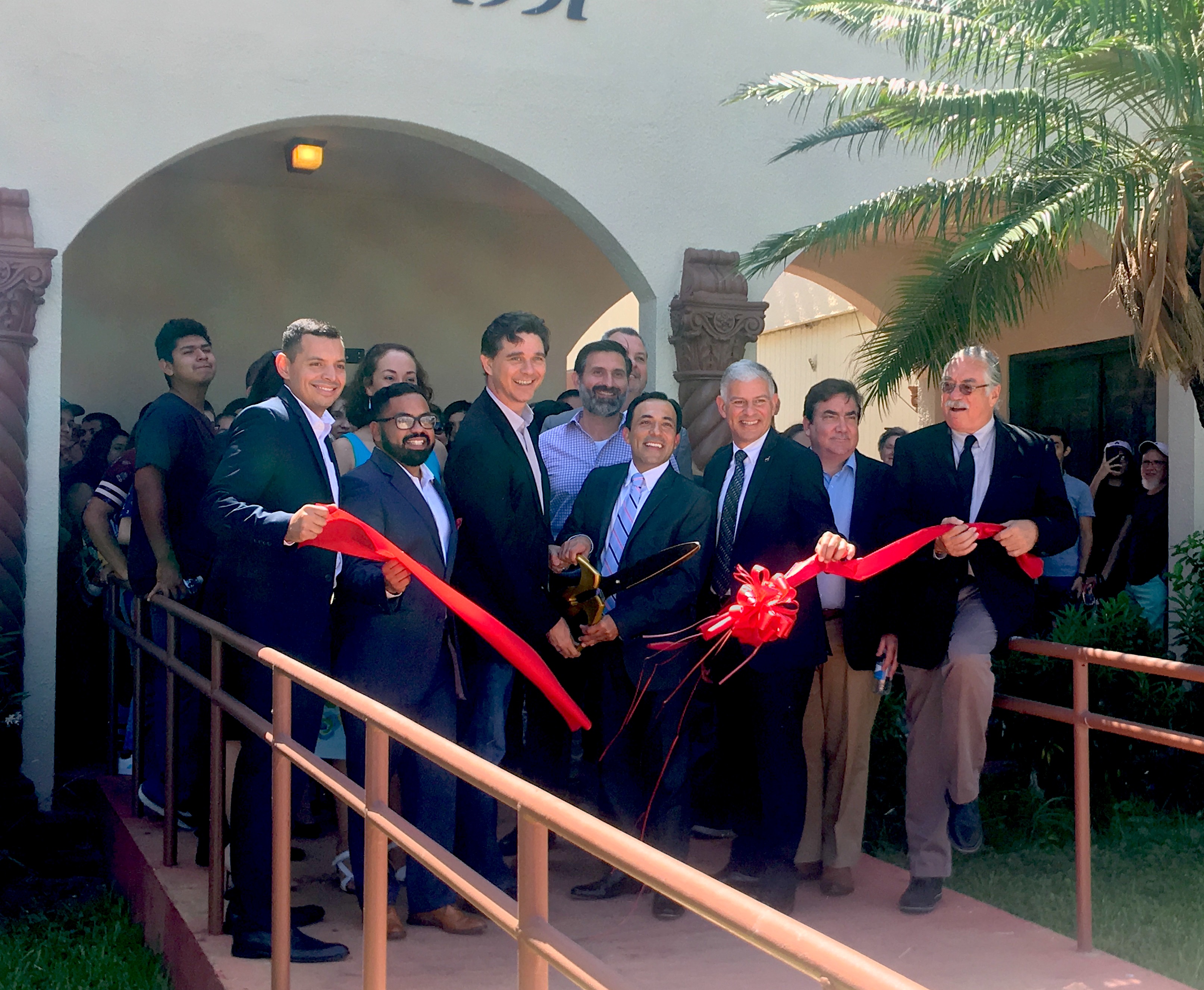 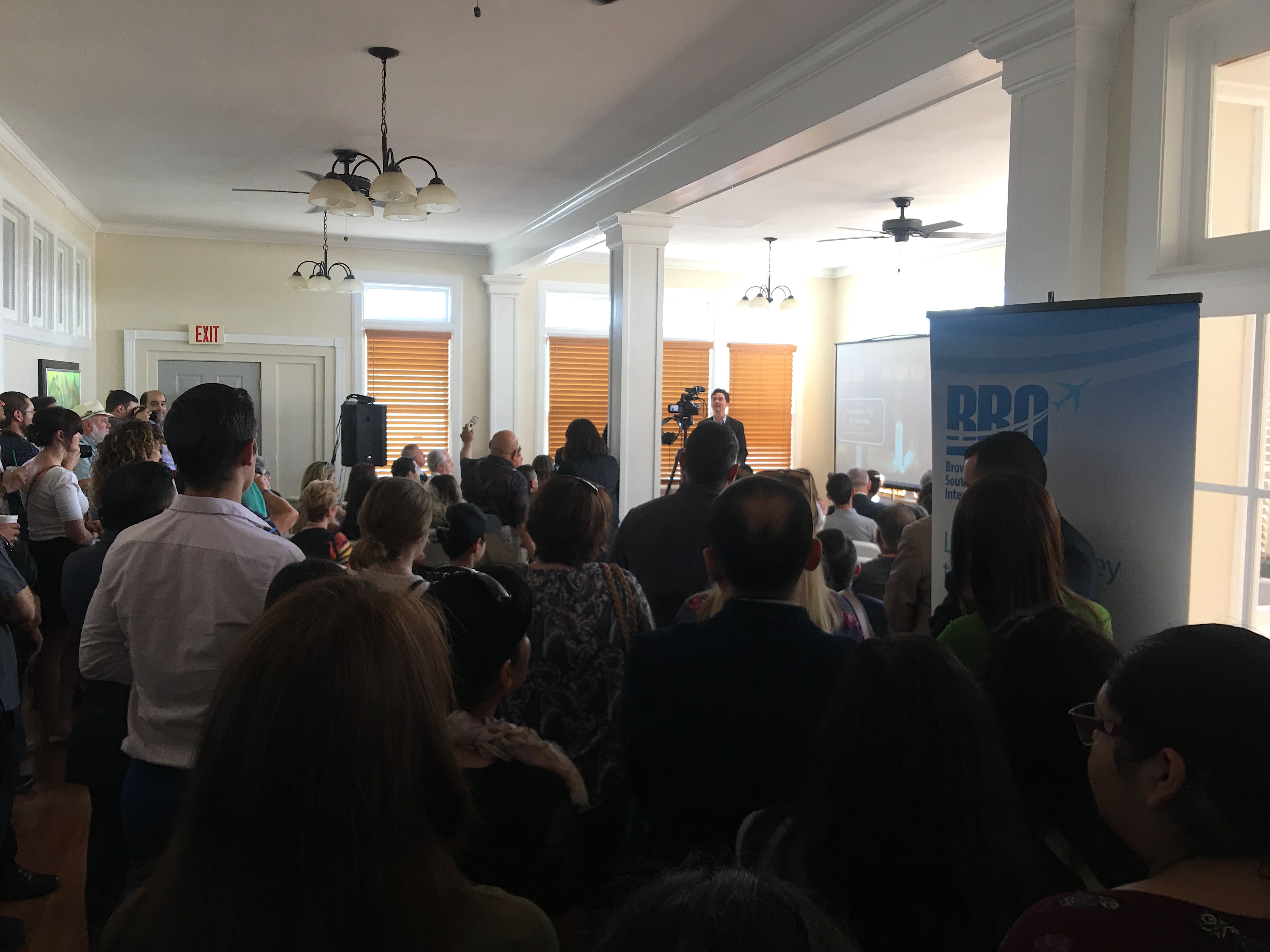 Where is there plenty of space for new business? Space, as it turns out. And Brownsville is poised to be the launch site for economic and educational growth in the space sector with the opening of the Expanding Frontiers project.

Expanding Frontiers is a nonprofit organization developed by Fredrick Jenet, an astrophysicist, researcher, and associate professor at the University of Texas Rio Grande Valley. The organization’s mission is to develop the commercial space ecosystem and educational programs that will help foster improved employment programs in both Brownsville and the Rio Grande Valley as a whole. On June 18, the Brownsville City Commission approved $650,000 for the organization. On Thursday, Expanding Frontiers blasted off with a ribbon-cutting ceremony at the Pan American Airways building at the Brownsville South Padre Island International Airport.

“Great things happen because great people get together — it’s not just one person, but it’s a community of people,” Jenet said to a standing-room-only crowd.

During the ceremony, several guest speakers gave presentations highlighting the opportunity for entrepreneurial and educational growth in the space industry. Those speakers included Yolanda Marshall, director of strategic partnerships at NASA, Sean Casey, co-founder of the Silicon Valley Space Center, and Sidney Nakahodo, co-founder of the New York Space Alliance.

“Now entrepreneurs are beginning to think about, ‘hm, the roads to space are now being paved, they’re not that expensive, and maybe we should start to think about and envision a future of what the global space economy would be like,’” Jenet said. “Texas has always been a major player in space. NewSpace City Brownsville is missing from this map, and that’s what we’ve corrected here today.”

NewSpace Brownsville is the name for the overall vision of growth in the space industry for the city. A significant part of that growth includes an educational component that will help students see themselves as entrepreneurs in the limitless scope of space.

“We need to educate for our future,” Marshall said during her presentation, which included new initiatives from NASA and lucrative commercial partnerships. “What are we doing to create the pipelines that are going to make us all successful and make the next generation even more successful?”

Brownsville is perfectly positioned for this success, particularly with SpaceX’s South Texas Launch Site at Boca Chica Beach. But the entrepreneurs who stand to carve out a piece of the billion-dollar space economy don’t necessarily have to be on the level of SpaceX’s Elon Musk, Virgin Galactic’s Richard Branson, or Blue Origin’s Jeff Bezos. There’s plenty of opportunities for “mere mortal entrepreneurs,” Casey said during his presentation.

“The growth of this economy has been tremendous,” he said. “It is a global phenomenon.” The Silicon Valley Space Center provides business support, advice, and angel funding for space industry startups.

The New York Space Alliance has a similar mission on the opposite coast, seeking to leverage resources and talents to inspire a new wave of “astropreneurship.”

“Sometimes what you need is no more than an idea,” Nakahodo said. “We’re putting a framework where startups will be able to provide solutions to NASA.”

A number of students attended Thursday’s event. At the end of his presentation, Nakahodo addressed them directly.

“We’re doing this for you,” he said. “You guys are the space generation.”