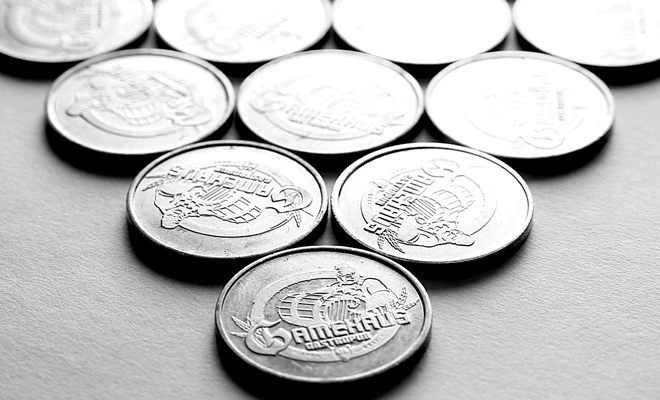 Retro-arcade cabinets, billiards, giant TV screens, a huge assortment of beers on tap, and a kitchen that never closes . . . welcome to Gamehaus Gastropub.

The term “gastropub” was first coined to describe an establishment that redefines the concept of local pubs and dining, opting to develop places that can do both: serve excellent food as well as great beer.

Anyone who has been around the area of 23rd Street and Nolana in McAllen on any given evening knows that something groundbreaking is occurring in that tiny strip of entertainment venues in the city’s western reaches.

The reason is found in a warehouse-sized peek into the future of entertainment in the Valley – and those forward-thinkers who are revamping the concept of merely “going out” for the night.

Gamehaus Gastropub is the latest venture by Alex Macias and his team of innovators, creators of Roosevelt’s at 7 and 1980s-themed nightclub Deloreans, and others who are bringing unique venues that combine creativity and high energy into a region hungry for something different.

“All we’re doing is bringing things to the area that we would enjoy ourselves,” Macias said.  “The people who want the same things we do seem to get the message.”

Visitors can indulge in their favorite arcade games from yesteryear; classic Street Fighter 2, anyone?  Or enjoy a bevy of beers, cocktails, or traditional pub games in a dynamic setting.  The interior of the restaurant is inspired by classic saloons and roadhouses.

Are you hungry for homestyle chicken sliders with pickles and a house Ranch?  Are you interested in sampling Gamehaus’ famous mac and cheese ball?  Chicken and waffle sliders?   And nothing on the menu is more than $10.

Gamehaus is located at 2109 W. Nolana Avenue in McAllen.  It is open every day from 4 pm to 2am, Monday-Friday; and 11am to 2am, Saturday-Sunday.