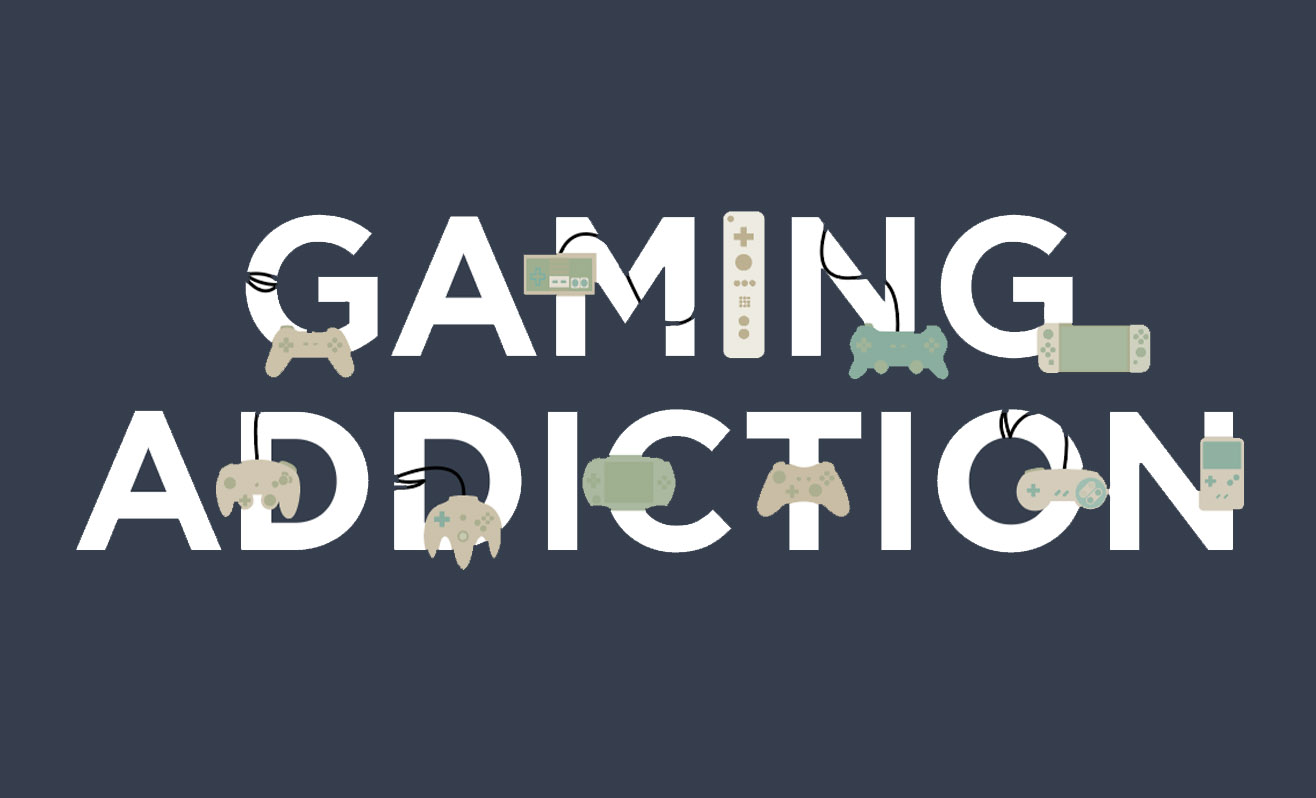 Humans have been engaged in games since time immemorial. From prehistoric ages, our ancestors have played to entertain themselves and others. And as technology changes, so do the games we play.

When the internet came along, individuals and companies were right behind it challenging its capacity with online gaming. Internet gaming has evolved since the 1990s, with more social features where players are virtually connected with others globally, and real-time playing means real-life time spent on the computer or gaming device. But how much is too much?

Are you or someone you know spending too much time gaming? What does “too much” mean exactly? We are all vulnerable to becoming addicted to just about anything. Internet gaming is no exception.

The American Psychiatric Association says that nearly 160 million Americans play internet-based games. At this time, the APA does not recognize gaming addiction as a mental health disorder, but it is described in the Diagnostic and Statistical Manual of Mental Disorders, which is used by mental health professionals, and recognized as needing further research.

María Alejandra Mazariegos, LPC, with Love Interior Psychotherapy shares important insight into when to be concerned about gaming and what we can do if we suspect a gaming addiction. She states that, like other addictions, a gaming addiction must cause significant impairment or distress in various areas of a person’s life in order to constitute a mental health disorder.

On the other hand, as Mazariegos explains, the World Health Organization (WHO) does recognize gaming addiction as a disorder. Used by medical practitioners around the world, the 11th revision of the International Classification of Diseases named this condition “Gaming Disorder.”

So what does a gaming addiction look like? Some of the criteria the APA proposes are significant impairment or distress in various areas of a person’s life including time, finances, relationship, and hygiene. Furthermore, the APA lists the symptoms of internet gaming disorder as:

Mazariegos explains that when a person experiences five or more of these symptoms within a 12-month period, they are likely experiencing an internet gaming disorder.

“A gaming addiction affects a person on a physical, emotional, social, and mental health level,” she said. An interesting fact Mazariegos mentions is that 86 percent of adults 18 to 24 years of age play online games, according to a 2017 study by the American Journal of Psychiatry. The study concluded that the majority of adults did not qualify for the criteria of the disorder.

How do we treat a gaming addiction? Since it is not a recognized disorder by the APA, research for effective interventions is ongoing. Mazariegos points out that similar to other addictive disorders, a qualified mental health professional can utilize different approaches such as cognitive behavioral therapy, but treatment will depend on each individual and their reasons for gaming, as well as the severity of the addiction. Another factor identified by Mazariegos which limits treatment for gaming addiction is the stigma around addiction.

“People feel shame in saying that something got out of hand,” she said.

To seek help for a suspected gaming addiction Mazariegos advises to look at a person’s credentials.

“Any mental health licensed professional is able to work with someone with the symptoms described,” she said. You can work with licensed professional counselors, psychologists, psychiatrists, and those with specialities in addiction, although usually substance-related, are likely qualified to address gaming addictions as well. The Substance Abuse Mental Health Services Administration offers a helpline that is confidential, free, and available 24 hours a day, 365 days a year. It provides information in English and Spanish for individuals and family members facing mental and/or substance use disorders, and may be reached by calling 1-800-662-4357. Mazariegos also shares information about a for-profit national program called reSTART. reSTART provides access to professionals who work with teens and adults dealing with problematic video game use (and other digital media use) through residential facilities, outpatient services, and remote sessions via phone and video. Learn more at restartlife.com.

Gaming can provide entertainment, a distraction, or even a means to de-stress and relax from the day’s duties. It is important to be mindful of the time spent in this activity, and aware of whether it is causing a disruption of other responsibilities or roles, or even relationship problems. If it feels that gaming has gotten out of hand, you are not alone, and there is help available to get you through and find yourself in control again.

To contact Maria Alejandra Mazariegos, LPC, at Love Interior Psychotherapy, call (956) 278-0474 or find her on Instagram at @Loveinteriorpsychotherapy.

What video game do you find yourself spending the most time with? #JoinTheConversation at facebook.com/rgvisionmagazine.