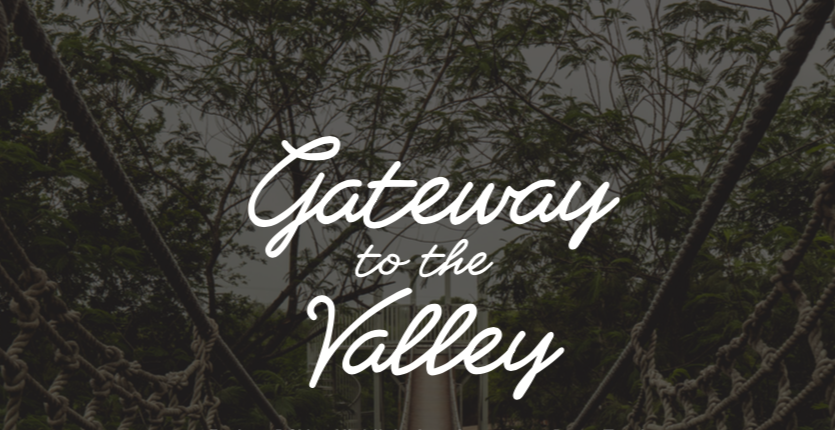 Ron Garza wants everyone to know that there are plenty of things to do in the Rio Grande Valley — about 800 unique regional attractions, to be exact.

“We really want to dispel that myth that you hear all the time about there’s nothing to do in the Valley, because there really is a lot to do, and a lot of it is outdoors,” said Garza, the executive director of the Lower Rio Grande Valley Development Council. “We have a lot of natural, beautiful assets here and I think this is going to be a way to expose that.”

After receiving a federal grant, the LRGVDC began work on Explore RGV, a project aimed at promoting regional tourism. Explore RGV will include an interactive, map-based website and mobile app spotlighting points of interest across the Valley. The website and app, designed by RGVision Media, are set to go live during September, Garza said — in plenty of time for Winter Texans. A printed guide produced by RGV Partnership will complement Explore RGV.

Garza first had the idea for a tool like Explore RGV during quarterly meetings with the nine Valley cities with populations above 25,000.

“The same consistent theme kept coming up about the perception of the Valley,” he said. “The city leaders invest a lot of money into helping portray a more accurate perception. Tourism dollars are important to economic vitality.”

Normally, cities each work to promote attractions within their own limits. But during the LRGVDC meetings, leaders brainstormed ways to work together to promote the entire Rio Grande Valley.

“We know that from a visitor’s standpoint, you don’t come and do one thing in the Valley,” Garza said. “We’re a metropolis and most visitors externally never really know what city they’re in.”

While there are anchor attractions throughout the region — such as Brownsville’s Gladys Porter Zoo or McAllen’s La Plaza Mall — Garza tasked Blanca Davila, an economic development specialist with LRGVDC, and a team to identify additional points of interest to include in Explore RGV. Over several months, they compiled a list of about 800 natural assets — “little hidden jewels,” Davila said.

“When they were working on it, they would kind of come back with some energy around, ‘I had no idea this was here, I had no idea,’” Garza said. “There’s a lot of things that have kind of moved to my list of things I want to see.” 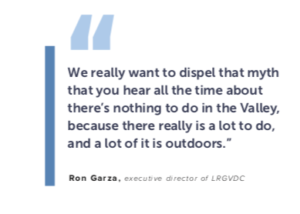 He added that he has spent most of his life in the area and still hasn’t heard of some of the assets identified by Davila and the team, who pored over maps and consulted with chambers of commerce from around the Valley.

“We focused on the things that have been here for years and will hopefully be here for a long, long time,” Garza said, steering clear of restaurants and hotels that might not have as much lasting power as museums and parks. Lesser-known assets from smaller communities will get just as much attention as better-publicized sites.

With input from Valley leaders, LRGVDC picked the most visited 30 attractions in the region. Those entries into Explore RGV’s database will include a flyover video of the site.

“We wanted to provide some kind of tool that people could do from their couch a thousand miles away and hopefully plan a trip around it,” Garza said. “You’ll be able to transport yourself to the Valley in a heartbeat. I know when I see some of the videos, you’re just blown away.”

Explore RGV is for more than potential tourists and visitors to the Valley.

“We wanted to create a tool that people who have lived here all their lives can still use,” Garza said.

And once Explore RGV goes live, Garza calls it a “foundation” for all users discovering the region’s unique gems.

This natural progression has led to further development within Explore RGV.

“What’s really cool is you’ll be able to tailor this,” Garza said. “You’ll see a map of the Valley, but then you’ll get to populate what you want to go see.” In the future, the website and app will feature sample itineraries based on the user’s interests as well as the amount of time that will be spent in the region.

Explore RGV is being developed at a moment when tourism for the region is poised to take off — in the form of SpaceX’s Boca Chica facility.

“This is a great time,” Garza said. “I know once rockets start launching, people are going to start googling ‘Rio Grande Valley’ a lot more and this will be a prime tool for attracting people down here.”