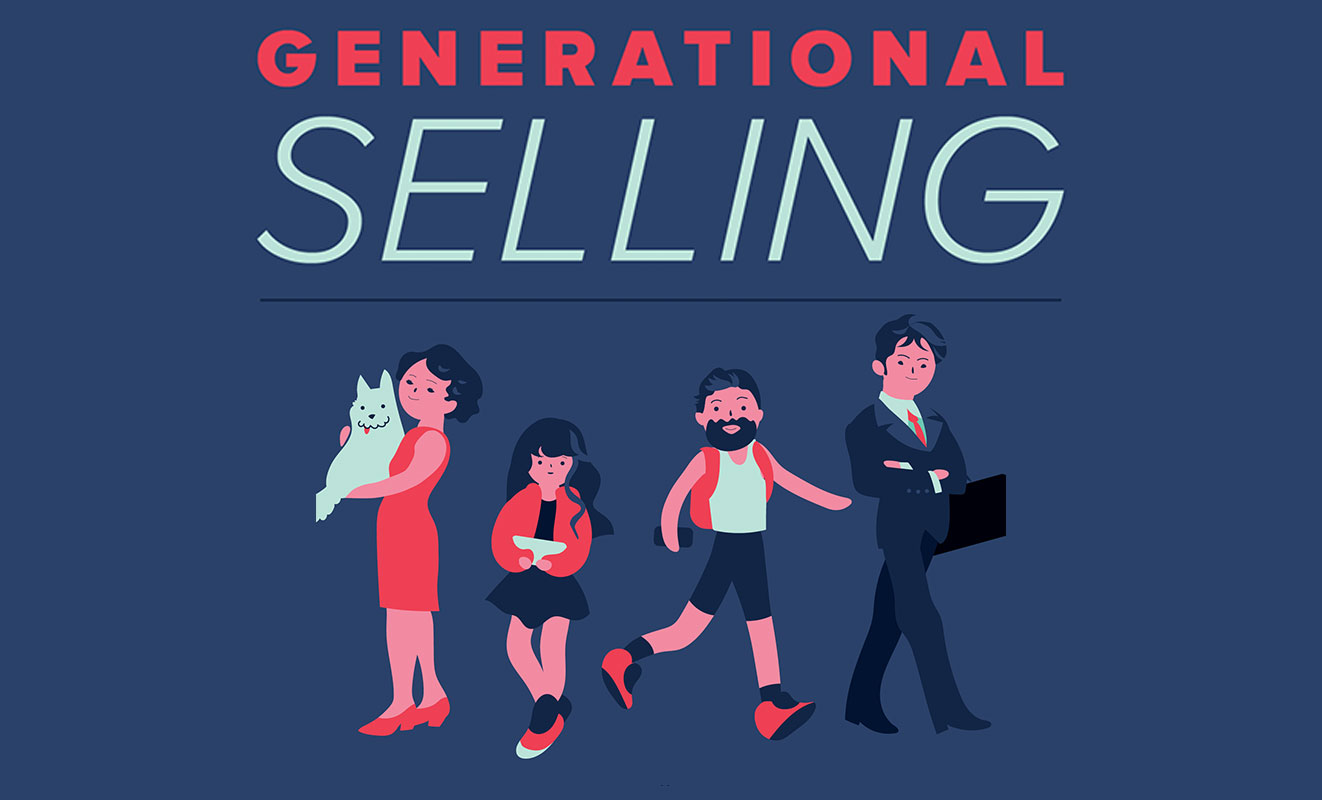 When talking about the differences between generations, definitions of those differences depend on who’s talking — along with the generation they belong to. And when it comes to the concept of generational selling, the idea of how different generations consume products and services, deliberations are even more complicated. However, understanding and bridging gaps among generations — from a business standpoint or otherwise — may all come down to a single concept.

“I think the word that comes to mind is technology and the way that the different generations are utilizing (and) perceiving technology,” said Andrea Fuentes, a communications instructor at South Texas College.

With relentless technological advancements, though, it’s easy for older generations to feel left behind. In that same vein, younger generations who adhere to innovations like smartphones and social media often become subjects of exasperation for others around them.

“What I find is the exasperation is reciprocated because the millennials want the older people to use and adopt the technology and some of the older people do, and then they’re still not given any credit for having done so,” said Laura Nunn, a communication professor at South Texas College.

Some even believe that technological advancement comes at a significant cost — higher than the initial confusion, for example, of using a smartphone after a significant update to its operating system.

“For every technological advance that we take, we amputate something from our lives,” Nunn said, citing the book “Understanding Media: The Extensions of Man” by Marshall McLuhan. “For example, when the telephone first began to be the landlines in the homes, no longer did the women meet at the fence to talk about things. So you took away the legs from the community.”

With sometimes intimidating differences between generations heightened by technology or other factors, businesses look to market themselves to a wide range of consumers. Especially in today’s world, there is no one-size-fits-all solution for companies to reach different age groups.

Fuentes compared how she, a millennial, found out about Dave & Buster’s opening in McAllen to how her parents, baby boomers, did.

“I heard about them coming to the Rio Grande Valley through an article that The Monitor posted online,” she said. “My parents found out about it through the newspaper they received. Nontraditional versus traditional media.”

It’s these distinctions in forms of communication that businesses have trouble tapping in to.

“When someone from one generation takes the time and effort to understand another, they can begin to build relationships on trust, understanding and effective communication,” reads an article on generational selling in Promo Marketing Magazine. “So how can salespeople foster that connection?”

Generational selling is the idea that businesses might use different techniques to appeal to people of different ages. For example, a business might appeal to a baby boomer customer by touting its reliability and longevity. For a millennial customer, however, the business could change tactics, promoting its apps and convenience.

Once the target audiences are defined, it becomes a matter of the business reaching them.

“It’s all going to depend on what’s their goal,” Fuentes said. “If it’s to launch a new product, that wording will have to change and there might be four or five advertisements that they make. In those four or five, they have very specific audiences.”

Fuentes, who is also the faculty adviser for an advertising club at STC, reflected on an annual national competition. Every year, clubs across the country receive a single client, and it is up to the organization to develop an advertising plan. This year, the client is Ocean Spray, and the company is specifically looking to capture millennial customers.

For millennials, at least, social media seems to be one of the best ways to announce everything from grand openings to special promotions. A client for Fuentes’ public relations class, Ice Cubed Raspas in Edcouch, has harnessed the power of Facebook for reaching its clients. After less than a year since opening, its Facebook page has more than 17,000 followers.

“It’s funny we find merit in following,” Fuentes said. “There’s exposure there, there’s awareness that they exist. We find merit in that, but would a baby boomer? If I tell my parents, ‘they have 17,000 followers,’ would they have had the same reaction? Probably not.”