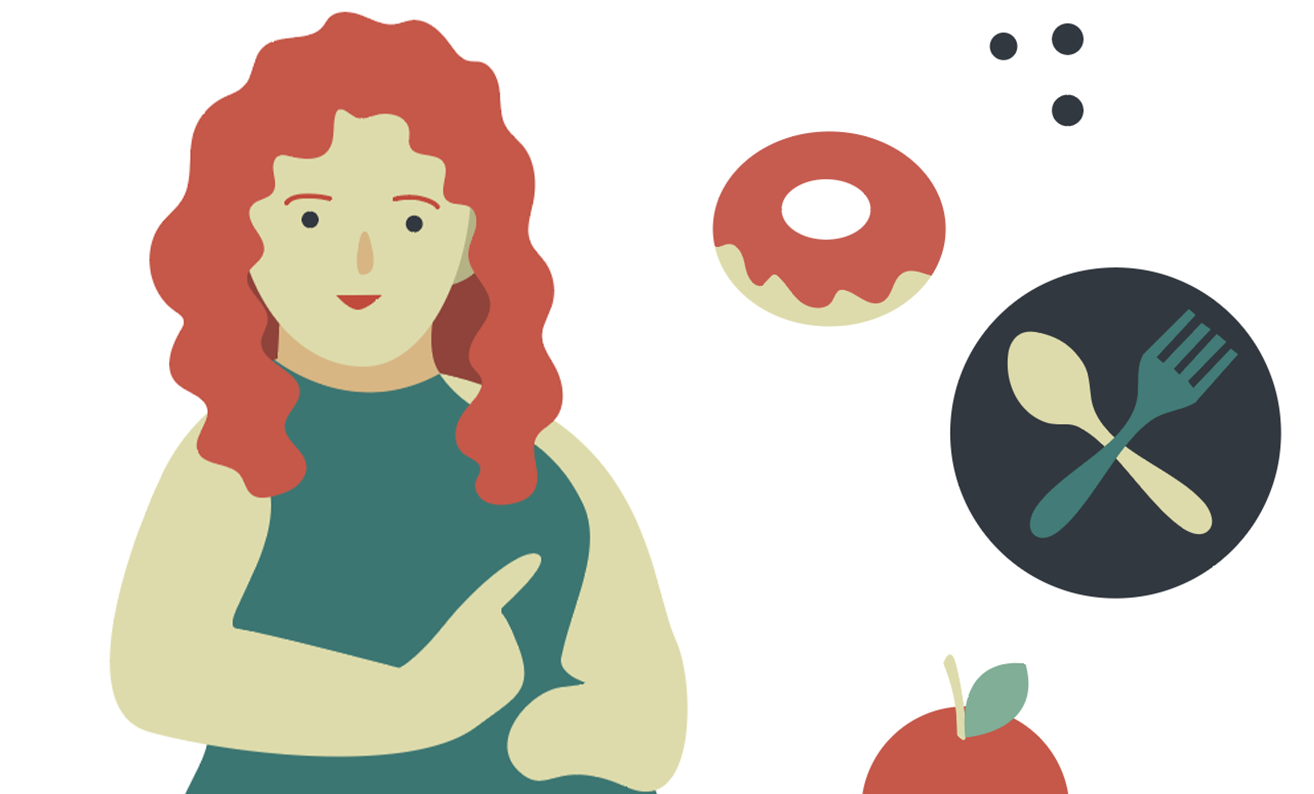 Jessica Cruz walked into the cold doctor’s office. She dreaded having to drink the gross, sugary juice for a glucose test. She knew she would pass with flying colors, but it was still a pain to do it.

She felt the nurse’s hands on her arms as she drew Cruz’s blood. The nurse let her choose what flavor of glucose drink she wanted. Cruz decided the orange flavor seemed the most appealing of them all.

She gagged while she swallowed the drink and complained about how disgusting it was the entire time. Cruz walked to the waiting room, where she sat for an hour.

After an hour passed, the nurse called Cruz from the waiting room to draw her blood again for the results.

Cruz was in disbelief when the nurse said, “you failed the glucose tolerance test. You will have to take the three-hour test now.”

Cruz took the three-hour tolerance test and it turned out that she had gestational diabetes. Gestational diabetes was never a worry on Cruz’s mind, but now it was all she could think about. She felt fine, she did not feel sick, how could this have happened to her?

Although disheartening, this diagnosis helped her learn how to change her diet for the better and get into an exercise routine she continued even after delivery.

What is it and who is at risk?

According to the Centers for Disease Control and Prevention’s website, gestational diabetes can only happen during pregnancy. It affects how cells use sugar in the body and causes high blood pressure that can impact both the mother’s and baby’s health.

According to the National Institute of Diabetes and Digestive and Kidney Diabetes website, there are little to no symptoms of gestational diabetes. The smallest things like constant thirst and having the urge to urinate more often are some of the mild symptoms. “Majority of the time there’s no symptoms whatsoever. That’s why they don’t believe they’re diabetic,” Marriott said.

According to the CDC, gestational diabetes happens to be one of the most common medical complications in pregnancy. It affects 2 to 10 percent of pregnant women each year in the United States.

Marriott said the people who are at highest risk for developing gestational diabetes are people of Hispanic ancestry, African Americans, and people who are overweight and have poor diets. She said family history of diabetes means patients are more prone to developing it as well. “It’s a big problem here because of the culture and the diet most Hispanics have,” Marriott said.

What are the consequences?

Family Nurse Practitioner Erica Perez, Ph.D., said the biggest risk to the mother is the development of preeclampsia, which can cause life-threatening problems for the mother or the baby. She said other risks include the chance of them becoming diabetic after pregnancy or later on in life, hypoglycemic episodes, postpartum hemorrhage, and propensity for infections.

“We try to keep the patient’s diet under control so it doesn’t get bad,” Perez said.

According to the CDC, around 50 percent of women who developed gestational diabetes will develop Type 2 diabetes later in life. But, Marriott said there are ways to lower the chances of developing Type 2 diabetes. She explained the importance of maintaining a healthy weight by eating healthy and exercising. “A lot of people in the Valley don’t have the money to pay for a gym membership or eat healthy,” Perez said. “But there’s ways around it and always something you can do.”

In worst case scenarios, gestational diabetes can increase the chances of a miscarriage or a stillborn baby. “If it is not well managed, it can cause death to the fetus, which is huge,” Perez said. “We always try to educate patients on that.”

Why screening is important

If the patient has a high-risk pregnancy (over the age of 35, overweight, had gestational diabetes in the past, or had a large baby) specialists recommend that the patient be tested as soon as they find out they are pregnant (National Institute of Diabetes and Digestive Kidney and Disease website).

Perez said the major reasons patients do not get tested are because they miss appointments due to lack of transportation in the area where they live and because the glucose juice causes mothers to vomit, which results in a void test. “Mothers should get screened because of the risks to the baby,” Marriott said. “It’s better to be safe than sorry.”

How to prevent and manage it

According to the National Institute of Diabetes and Digestive Kidney and Disease website, planning ahead before getting pregnant will help lower a woman’s chances of developing gestational diabetes. Early weight loss and getting into a routine that includes exercise is important before getting pregnant. “A healthy lifestyle is their best bet,” Marriott said. “Having a healthy diet, weight loss before pregnancy, and exercising will improve their odds.”

Perez said the average weight gain during pregnancy should be no more than 20 pounds for someone who is overweight and no more than 35 for women with normal weight and BMI. She said a good rule of thumb is to gain one pound a week.

Marriott said the ideal diet for pregnant women includes all the animal protein, even the unhealthy ones, like bacon and cut back on carbohydrates, like pasta, sugar, and potatoes. “High protein, low carbs,” Marriott said. “Eating the right foods will help you keep your blood sugar at safe levels for you and your baby.”

Perez said managing gestational diabetes means controlling your blood sugar during pregnancy. Promoting exercise during and after pregnancy essential for handling gestational diabetes. She said to start slow; 20 minutes a day works fine. Diet becomes extremely important when learning how to manage gestational diabetes as well. She said the clinic will refer patients to specialists to learn about portion control and how to eat healthy. “We want the best for the patient and the baby,” Perez said. “And we will do everything we can to educate them on diet and exercise.”

Gestational diabetes can be scary and overwhelming but the potential complications for both mother and baby can be avoided with proper diet, exercise, and monitoring the mother’s blood sugar. Drink the nasty drink. Learn what to eat and what not to eat. Exercise every day. Avoid the silent disease.

Have you or someone you know been diagnosed with gestational diabetes? #JoinTheConversation at facebook.com/rgvisionmagazine.