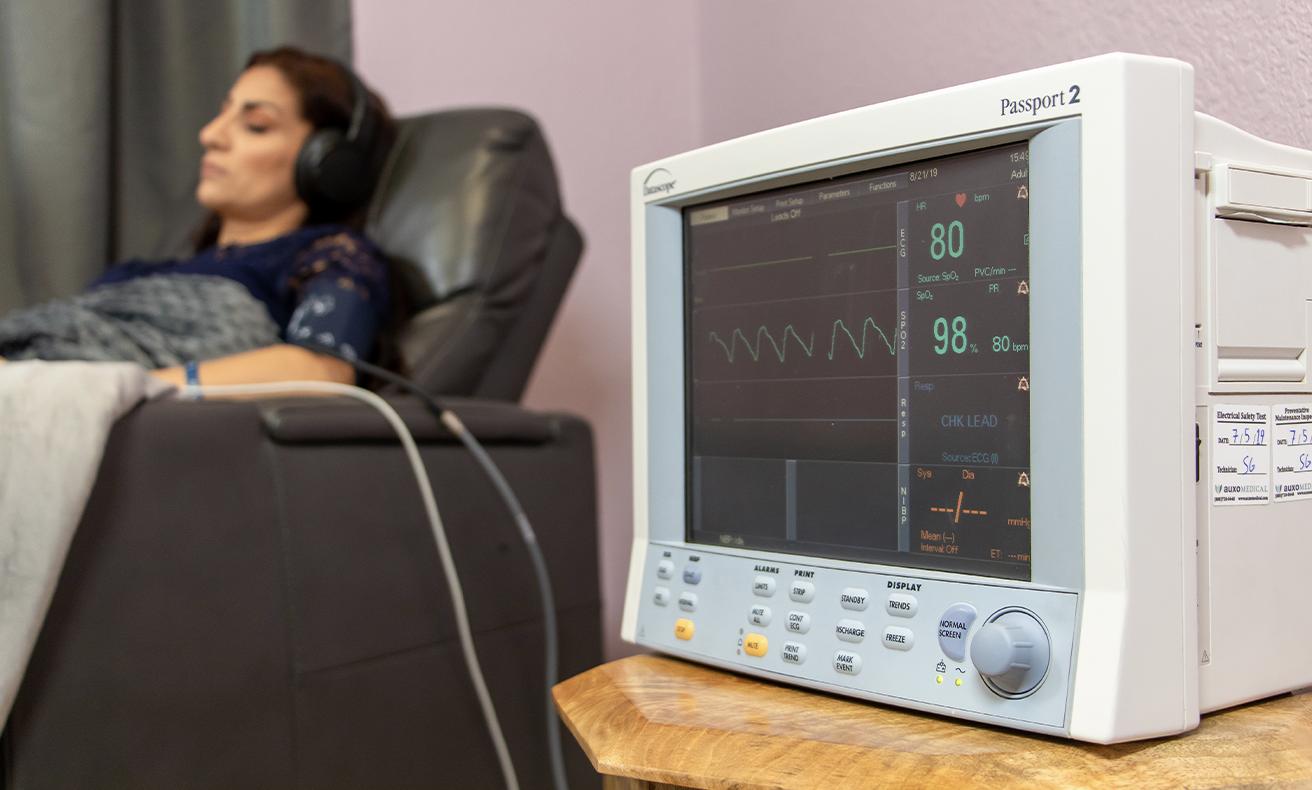 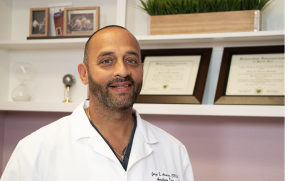 When Georgina Escobar was a patient of Dr. Jorge Zamora-Quezada, a local doctor accused of misdiagnosing patients for financial gain, she experienced tremendous pain and suffering, in the throes of opioid addiction. At Nova Vita Wellness Center, a facility that gives ketamine IV infusion therapy, she was feeling like herself again.

“The team here has completely changed my life,” she said. “From Jorge Zamora almost taking my life to Jorge Alvarez giving me my life back.”

Nova Vita — new life — opened its doors in June under Alvarez and a team of clinicians to offer the kind of life-changing treatment that Escobar experienced. Now, Alvarez hopes to expand the clinic’s support for patients to other locations.

“It has been nothing but amazing since day one,” said Escobar, 36, of her experience. “They’ve treated me with nothing but the utmost respect. They didn’t judge me. They embraced everything about me and said, ‘you’re a difficult case, but we’re going to get you back to where you were and we’re even going to get you better,’ and that’s exactly what they’ve done.”

“For me, because I had endured quite a lot of pain and pills and doctors and rejections, coming in here was kind of scary,” Escobar said. “But the moment you walk in, they embrace you and they tell you this is what we’re here for — we’re here to help you.”

Nova Vita strives for a spa-like atmosphere with calming and uplifting wall colors, soothing music, and treatment rooms with dimmed lighting. When patients are treated, they sit in a recliner with the options of headphones and a 25-pound weighted blanket.

“We just want to make them feel at peace as much as we can so they can embrace the infusion,” Alvarez said.

Dr. John Krystal, chief psychiatrist at Yale Medicine and one of the pioneers of ketamine research in the United States, called ketamine “a game changer” in combating major depression. But there are still misconceptions and stigmas attached to the drug, which has also been used in the anesthetic world — and as a club drug.

“Here, at the doses that we use, they’re extremely low, very safe,” Alvarez said. “In this type of setting and this type of infusion, the drug is helping the brain repair itself.”

Alvarez says his clinic has experienced an 80 percent success rate with its patients so far, and that 70 percent of patients see an ease of symptoms following the first ketamine infusion.

“I am feeling amazing,” Escobar said. It had been two weeks since her final infusion, and both she and Alvarez remarked on how far she had come since the first. “My story’s finally going to be told and it’s going to be told by me — not by anybody else. I’m stronger than ever. I’m standing on my own two feet.”

Alvarez, a certified registered nurse anesthetist, has over 12 years of experience in clinical settings.

“My profession already enables me to help with patient outcomes and their wellbeing,” he said. “This is just another pathway of doing so on a more personal level with patients and it’s just so much more rewarding, as well.”

He witnessed Escobar’s transformation firsthand, as well as positive changes for other patients.

“When they come in, they’re so apprehensive, shy, just socially dysfunctional,” Alvarez said. “When they’re done with their infusions, it’s a totally different person. They’re engaging, they express feeling more energy, being motivated.”

During ketamine infusions, many patients report feeling a floating sensation, grogginess, heightened senses, minimal hallucinations, or an out-of-body experience, he says. But some have breakthrough moments, represented by a sense of a door opening or a switch flipping on in their mind.

But even with the success stories at Nova Vita, Alvarez hasn’t received much support from other RGV medical professionals.

“A lot of our challenges have been in the medical community,” he said. “We have numerous physicians that don’t want to hear about it, don’t want to talk about it, haven’t given us the time of day. They don’t believe in the drug.”

However, patients don’t need referrals to be seen at Nova Vita.

“Anyone can come and receive treatment,” Alvarez said, adding that his clinic’s approach is also faith based.

He invited anyone who is interested to call or stop by the clinic, located at 4428 S. McColl Road in Edinburg. Workers compensation now covers ketamine infusion therapy, though insurance does not. Nova Vita provides payment options for patients, and Alvarez offers a 50 percent discount to veterans.

“Don’t try to deal with any of these mental conditions on your own — they accumulate,” he said. “We’re here waiting with open arms and we want to take care of you. We want to help you get your life back, help your family members get you back, and just change your life.”