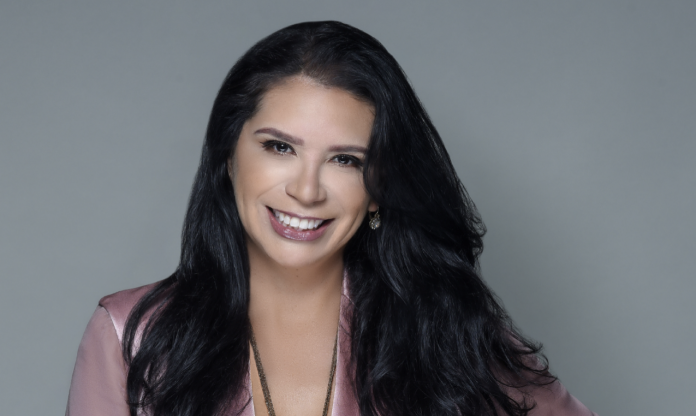 When you think about who might own a heating, ventilation, air conditioning, or refrigeration business, you may not imagine Sarah Sagredo-Hammond. But this owner of Atlas Electrical, Air Conditioning, Refrigeration, and Plumbing Services Inc. is breaking stereotypes one generation at a time.

The story of this business is one that is close to the hearts of many Mexican-Americans. Sagredo-Hammond’s father, Rogelio Sagredo, started out as a migrant worker. After learning electrical and HVAC in the U.S. Air Force, he had the tools to start his own business, changing the course of his family’s lives.

From a very young age, Sagredo-Hammond had been involved on the financial side of the business. As a 12-year-old, she would work after school and on the weekends to help with the family business within the financing and collections department. Her older brother, Roy Jr., learned the trade alongside their father.

“He is like ‘rain man,’” Sagredo-Hammond said of her brother. “He likes to stay in the engineering and design area of the company because he has such a plethora of knowledge and is just brilliant.”

She began working on the financial side in 1997 and was a full-time employee by 2008. After her mother suffered a stroke in 2011, her father handed over his share of the business to tend to his wife.

Running Atlas Services Inc. was nothing new. However, that transition did not come without its challenges as a female executive in a male-dominated industry. Sagredo-Hammond has heard everything from “let me speak to the man in charge,” to “I won’t work for a company that is run by a woman,” to “I don’t want a woman to be telling me how to fix my AC.”

The challenge only motivated her even more.

“You can’t take yourself too seriously,” she said. “You can’t blame them if all they know is that stereotype. It’s not about me, it’s about a culture change.”

A change was indeed needed, which was exactly what she intended to do.

After taking over her father’s business in 2011, Sagredo-Hammond knew she would have to make some changes in order for the company to continue growing. Since then, she and her brother have added both refrigeration and plumbing to their list of services. They have become a one-stop shop for all home repair needs.

Sagredo-Hammond’s most used services are for HVAC and generators. When the Texas freeze happened in February 2021, she had a major influx of requests for generators that reached around 100 requests per day.

However, the freeze was only one of many challenges.

COVID-19 impacted every industry. Due to closures, it was difficult to get equipment at times, and Sagredo-Hammond had to work with other vendors. Price changes occurred due to product shortages and jobs became backed up.

“Being an entrepreneur is a 24/7 job,” Sagredo-Hammond said. “You have to be available for the team when they need you.”

Atlas Services Inc. isn’t the only business Sagredo-Hammond helms. She also runs a mobile home facility and a leasing center.

“Multiple streams of income are important for long-term success,” she said.

This business advice is partly the reason Sagredo-Hammond’s family were able to do so well — even in times of great uncertainty.

So how does a powerhouse of a woman handle work and family life? Luckily, Sagredo-Hammond’s husband is very supportive of her commitment to the business and being a female executive has created valuable lessons for her three daughters at home.

Sagredo-Hammond “leads her life with intention.” She assigns intention to her work, which creates value for her children by explaining how, “mom has to work in order for us to go on vacation or have nice things.” Her daughters fully understand the value of work ethic and look forward to growing up to be just like their mother.

Sarah mentioned how her work ethic stems from her own mother.

“She worked really hard and was always alone, a total superwoman,” she said. “If I can be half the woman she is, I will be proud.”

By assigning intention and value to what she is doing, she is creating a lasting impression, affecting generations to come.

Sagredo-Hammond isn’t only affecting generations within her own family, but for other women, as well, as one of the three directors of the national organization, Fem City.

The workplace has been difficult for women not just because of glass ceilings, but also because of working relationships. Fem City gives women the tools for better communication and harmony with one another. The organization cultivates a safe and empowering space for every one of its members. Once a month, members have access to events and training.

DO YOU KNOW WHO YOU’RE WORKING WITH?

Sagredo-Hammond sits on several boards that are in alignment with her career path, including the National Board of Women in HVAC, The Hispanic Chamber of Commerce, RGV Partnership Board, and the Better Business Bureau of Houston and South Texas.

Raising the bar even higher, she is a world-renowned speaker, having led and spoken at various leadership conferences for both men and women. She is also the author of Upward, a book on leadership for women.

For more information about Atlas Services Inc., call (956) 585-7775 or visit atlasrgv.com. To learn more about Fem City, go to femcity.com/join-femcity/.