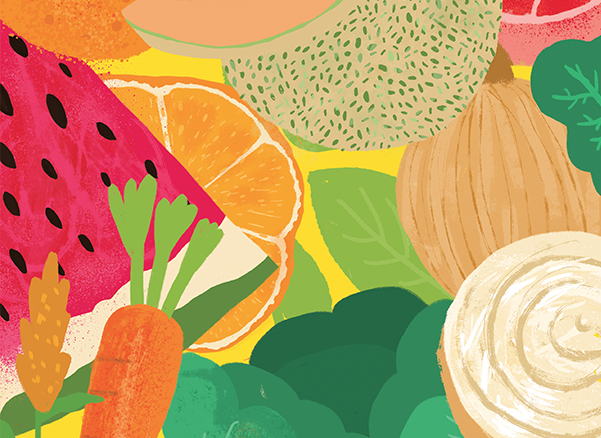 Have you ever wondered where the nickname Magic Valley came from? According to several accounts, Magic Valley started being used by Rio Grande Valley business promoters after they saw the results of the incorporation of complex irrigation systems in RGV farms. Around the 1940s, that nickname spread around the state of Texas, bringing in businesses from all over the nation. Pump houses, which until this day stand tall in many towns across the RGV, tell the story of early agriculture in the Valley, and the economic driver it has been for generations.

As time goes by, the RGV’s landscape shifts and forms an entirely new panorama, one filled with commercial potential that many nationally recognized businesses and brands are already taking advantage of. We are seeing more commerce come in, building up our growing metropolis and expanding our socio-economic possibilities. This is when the question arises: Is there any room left for our agricultural industry in this changing economic structure? 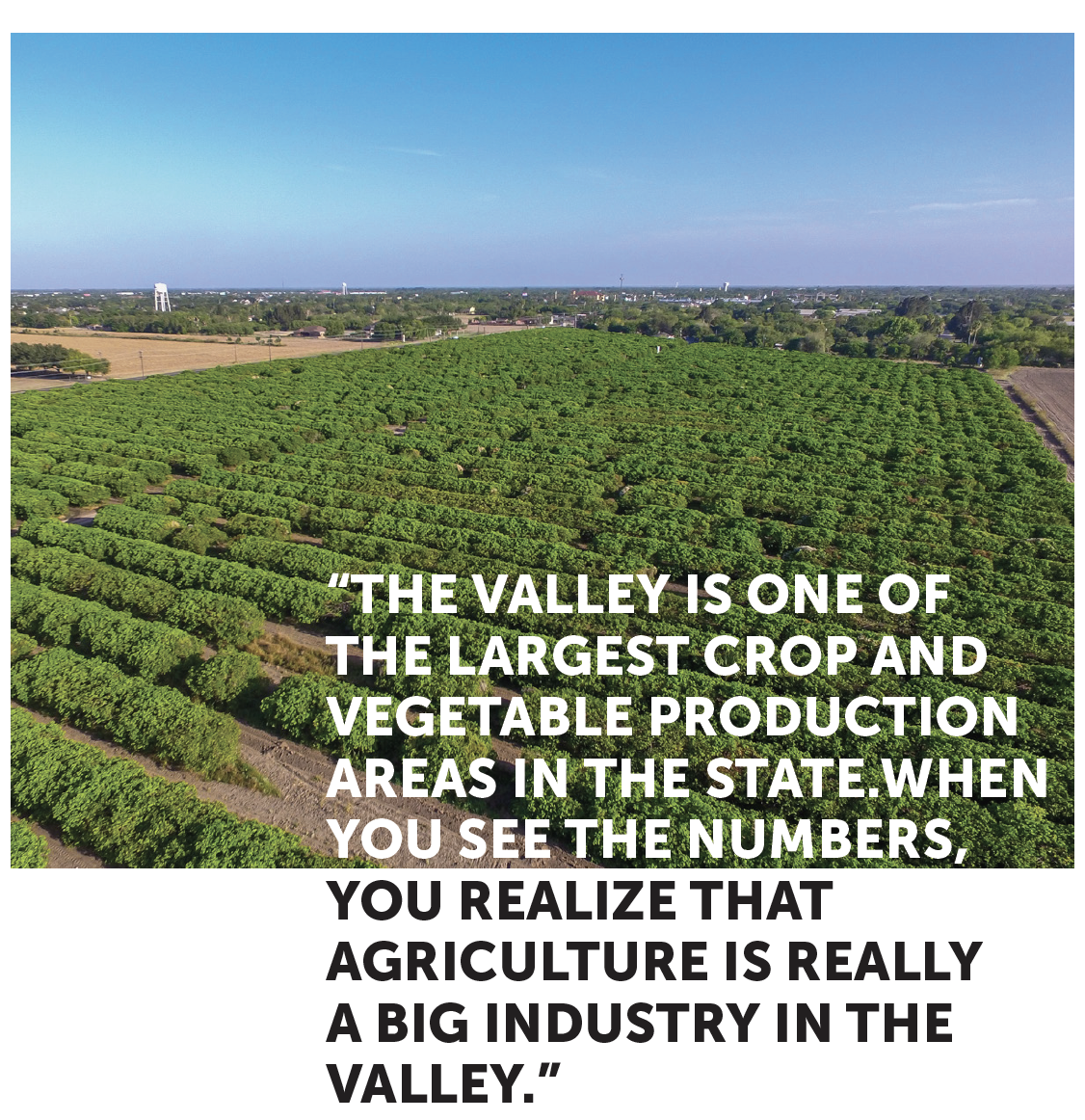 Where the Magic Happens

Rod Santa Ana, a seasoned veteran communications expert and retired communications specialist at the Texas A&M AgriLife Extension and Research Center, has heard and seen it all when it comes to Valley agriculture.

“There will always be some type of commercial agriculture down here in the Valley,” Santa Ana said. “This is due to several key factors.”

These factors highlight why the Rio Grande region is so special to the agricultural market both at the state and national levels. First, the ability to grow year round. “We don’t shut down for the winter the way other areas of the country do,” Santa Ana said. The Valley is known for its winter production of a variety of fruits and vegetables like watermelon, cantaloupes, onions, leafy greens, carrots, cabbage, and potatoes.

An additional factor applies to what may be under your feet, depending on where you’re reading this. “Another reason is the soil we have here in the RGV,” Santa Ana said. “Eons of flooding by the Rio Grande left a very fertile soil for producers to work with.” The proof of the Valley’s fertile soil is in the variety of top crops produced, including sorghum, cotton, sugarcane, vegetables, and citrus.

Lastly, agricultural research is an additional component that helps Santa Ana believe that there will always be commercial agriculture in the Valley. “Because of our sub-tropical climate, we tend to have insects and plant diseases at a very high incidence rate,” Santa Ana said. “Thanks to the research done at Texas A&M AgriLife Extension and Research Center in Weslaco, scientists there are able to overcome a lot of the difficulties that growers have when producing their crops.” Research like this helps ensure a profitable future for Valley growers.

“There is a tendency, not only in the Valley but in the whole country, that consumers are more interested in knowing how their food was produced,” said Dr. Samuel Zapata, assistant professor and extension economist at the Texas A&M AgriLife Extension Center in Weslaco.

According to Zapata’s research, the total value of agriculture in the Valley is estimated to be worth $670 million. 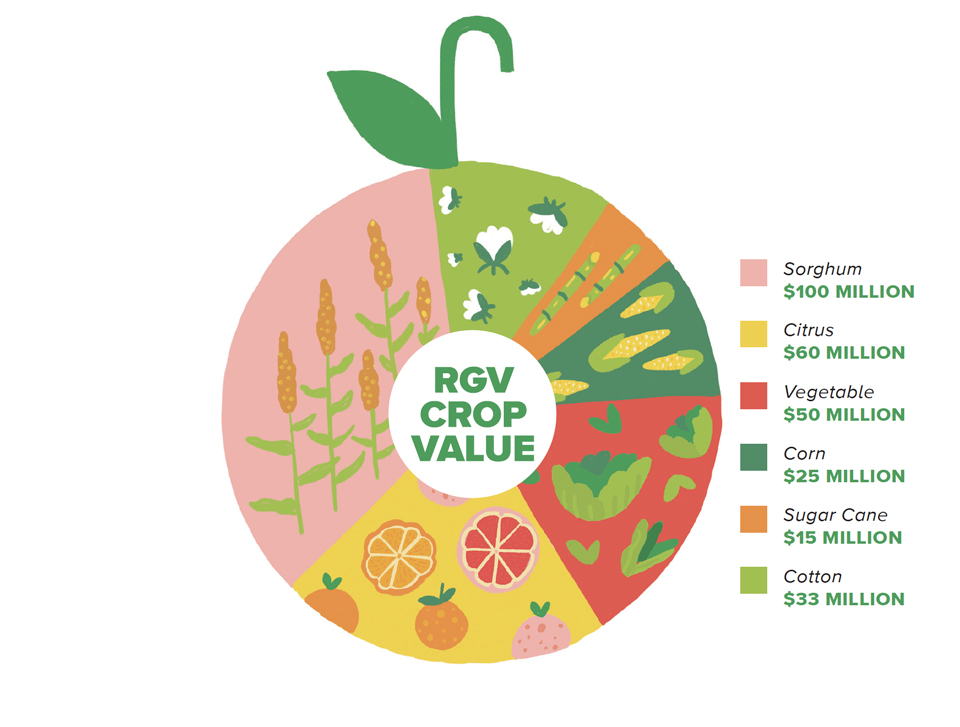 “The Valley is one of the largest crop and vegetable production areas in the state,” Zapata said. “When you see the numbers, you realize that agriculture is really a big industry in the Valley.”

The Valley’s ag-enterprise is here to stay. However, to say that the industry will be the same in 20 or 40 years is more of a gamble. The variables that drive the agricultural industry to succeed can be considered inconsistent, such as variables like weather, price, demand for current or new crops, regulation changes, and new diseases or pests. For example, it’s hard to say whether or not the Valley’s top crop, sorghum, will still be the number one commodity produced in the Valley at $100 million in the future. With highly volatile factors like weather playing a big part in agriculture, a simple drought or flood throws the production of crops into disarray.

“But I think in the Valley we have the advantage compared to other areas in the country because we can pretty much produce the entire year,” Zapata said.

“The numbers are the direct impact of agriculture but there are also indirect impacts,” Zapata said. “The Valley hires a good number of workers, so agriculture ends up creating jobs.”

It’s easy to forget that the citrus grove you drive past every morning is being meticulously cared for year long. The people behind the fields of crops are just as important as the products themselves.

“Agriculture is not easy,” Zapata said. “We have to really value and appreciate the hard work that our farmers are doing for us to have food.”

The AgriLife Extension Center focuses its work on offering research space to scientists to help solve certain problems not just here in Texas but also around the world. The center has recently seen success in their research by developing new vegetable varieties that are resistant to pests and other plant diseases, while at the same time being able to educate new farmers on how to improve their production system.

With farmer’s markets becoming more popular in the RGV, the chance to learn the intricacies of growing that certain crop and why it is that farmers grow that specific product are much higher. There is an opportunity to cultivate and grow an interest for one of the massive, but less spoken about industries in the RGV. As climate change and urbanization continue to be a part of our immediate future, continued education for both local growers and citizens becomes more important every day.

“Here in the Valley, you can grow a variety of crops, there’s a broad set of options,” Santa Ana said. “This creates a tremendous opportunity for students, scientists, and industry.”