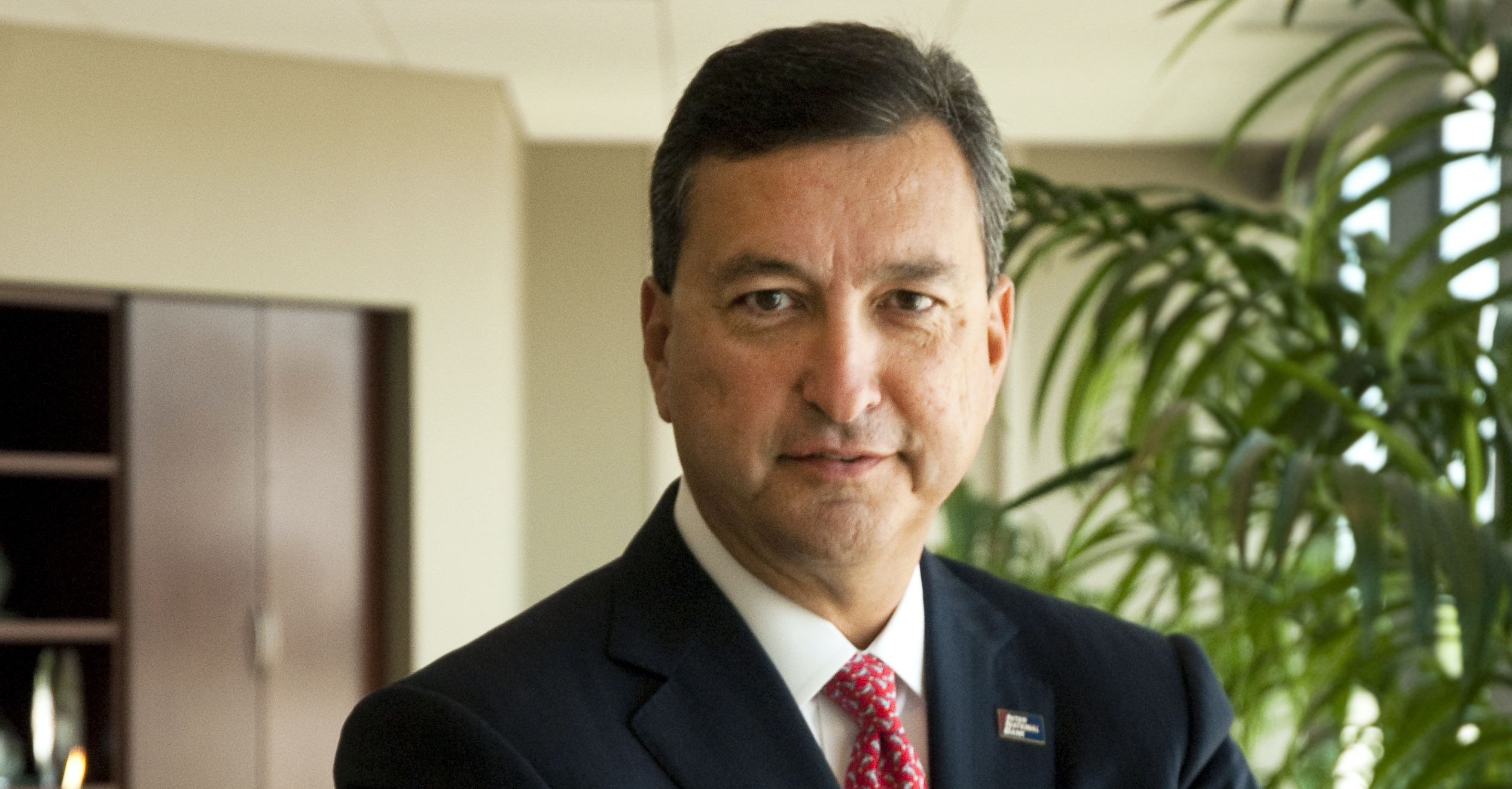 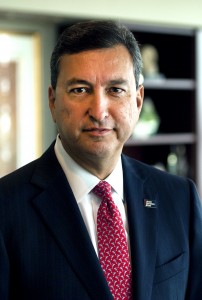 Carlos Garza, president and CEO of Inter National Bank in McAllen, believes banks in the region will continue to finance the needs of the local economy and help it grow.

It’s a profound love for the region, according to Garza, who in his capacity as CEO for the past 15 years, reflects on his brand of leadership, and those who want to make the Valley a better place to live for the people they serve.

“Look at the thriving community we have become,” Garza says on a clear day, looking down from his office on the sixth floor of Inter National Bank headquarters in affluent south McAllen.

“I think back of my early childhood days here and remember a small community of about 15,000,” says Garza, who served 12 years on the McAllen City Commission, and has served as the Chairman of both Anzalduas and Hidalgo Bridge Boards.

“When I look at projects that didn’t exist 15 years ago, I see that the Valley is a much better place. The quality of life has improved. It’s very gratifying (and) I think the best is still to come,” he says.

Indeed, Garza speaks with an authoritative brand of optimism that is not only highly infectious, but also indicative of someone with a hard won set of values from his time in the trenches. Like everyone, Garza has paid his dues.

As a graduate from McAllen High School, and then the University of Texas in Austin, a successful college career led to his first job in the management advisory services area of public accounting. He went to work for a Big Eight firm, Peat Marwick and Mitchell in Houston, and became a CPA before coming back to the Valley.

He settled into a banking career in 1985, amid the economic turmoil of the 1980s. Garza remembers the scene at the time. In the middle of crises in oil and gas, real estate, and savings and loans, banks were enduring the knockout tandem of the Resolution Trust Corporation (RTC) and Federal Deposit Insurance Corporation.

“The FDIC was closing banks, and the RTC was selling their assets, so banks were not in the best of economic times in the early part of my banking career,” says Garza. More than 25 years in the business, 15 with Inter National Bank, has only strengthened his outlook in the current economic recession, and incidentally amid new federal regulation. 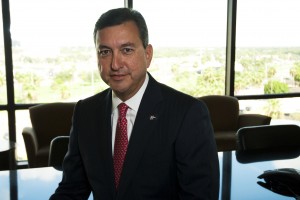 “There’s no doubt, my early career has prepared me for the challenging times we are in today,” he says. “There’s no doubt we are always finding ourselves in a more restrictive and complicated regulatory environment. But this has been a trend that has been going on in banking, and it’s the same you see in healthcare. But you manage around that, and we’ll find ways to prepare and comply with regulations and move forward.”

“I think the fundamentals of the Rio Grande Valley remain very strong, and those are primarily the tremendous growth we have in our population, and our ties with Mexico, which will continue to grow.”

Despite the limits of a Valley banking system, which remains driven primarily on real estate loans, the opportunities are endless for INB as the bank redirects its focus to Mexican investors weighing opportunities south of the border, particularly in the Valley, San Antonio and Houston, Garza says.

Residents can look forward to a bright future in the Valley as the two basic fundamentals anchoring the Valley economy, both population and economic growth, combine with positive job growth in 2010, he says.

“Banks are critical to the growth of any area. They are the ones that will continue to finance the needs of the local economy and help it grow,” Garza said. “That should translate to economic opportunity for the people we serve and the markets we serve. It should continue to improve the employment prospects of the general population.”

In the end, it’s the people of the region who matter most, Garza says. The hallmark of a great leader is the willingness to reinvest time and talent in the community, and the greatest compliment a leader has, is a motivated staff that looks up to that leaders and wants to work for that leader, he says.

“The needs of the customer don’t change at the end of the day. That’s where our focus should be,” Garza says. “I always say that ‘if you take care of the customer, everything will take care of itself’. The financials of the banks, all of those things will look strong if you have a customer focused vision, which we certainly do.”