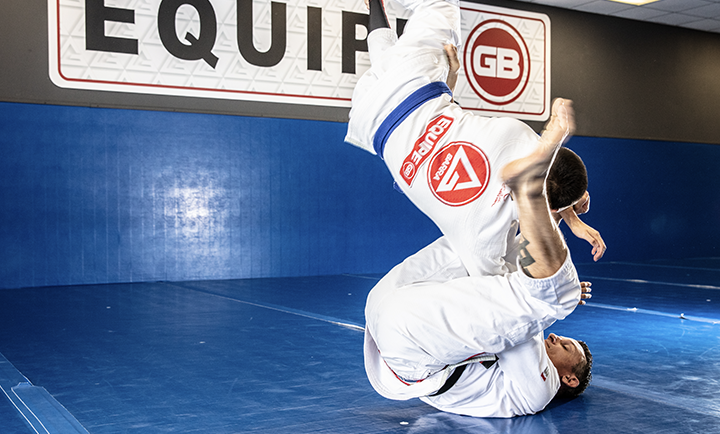 Eight years after opening the Gracie Barra gym in McAllen, owner Joshua Sharpless said the facility is going strong thanks to the growing interest in learning Brazilian jiujitsu in the Rio Grande Valley.

The art of jiujitsu is different than other, more mainstream martial arts such as karate or taekwondo, Sharpless said.

“I’m not trying to knock other martial arts — taekwondo, karate, kung fu — those are great martial arts, but you can only go so far in them,” Sharpless said. “You can get your black belt in less than a year or two years in some of those arts.” That measurement of time, he added, wouldn’t be enough to become an expert at anything.

There’s a different grading scale in jiujitsu, but Sharpless also noted that there’s no punching or striking in jiujitsu. Instead, the technique is more hands-on and can be applied to see where students are in their training. That hands-on daily training allows a student to gain confidence in themselves, Sharpless added. Plus, the technique works in a live situation if the student ever finds themselves in one outside of the academy.

“Jiujitsu is a ground fighting martial art, a grappling martial art that applies leverage and technique to overcome strength and size,” he explained. “It’s the art of defending yourself.”

This type of art, in which there’s more grappling and wrestling, is also going to have a different price point than karate or taekwondo, he said. Despite the possible financial barrier, Sharpless said jiujitsu has grown over the years.

“That was the only thing that we had when we were growing up,” he said of more mainstream martial arts. “But this has grown and this has grown in leaps and bounds just from the little bit I’ve been in it.”

Gracie Barra is a Brazilian jiujitsu association with over 800 schools across the world. The McAllen and Brownsville locations are the only Gracie Barra schools in the Rio Grande Valley but are hardly the only jiujitsu schools in the area. There are at least eight other gyms in the RGV offering those courses.

Sharpless touted the courses as a great self-defense tool for women in particular.

Learning techniques to defend themselves from attacks can serve as a preventive measure for women, he said, because it can give them the confidence to say no to unwanted advances from men.

Though rooted in self-defense, jiujitsu has grown into a sport, as well.

Sharpless said they host in-house tournaments twice a year with the Gracie Barra schools in Brownsville and Corpus Christi in which approximately 86 kids between the ages of 8 and 12 compete.

There are also events outside of the organization available to competitors, such as the Rio Grande Valley Jiu Jitsu Open hosted by the TSTC Wellness and Sports Center in Harlingen.

However, some of the biggest tournaments are held by the International Brazilian Jiu-Jitsu Federation, which hosts various competitions around the world. The closest one is held in San Antonio, Houston, and other large cities in Texas.

Those larger competitions are better for fighters who are at the highest levels, but Sharpless said the number of black belts and brown belts here in the Valley is growing, too.

“Those lower productions are now getting the black belts and brown belts because there’s a lot more of us here in the Valley,” he said. “Eight years ago we were all competing against the same guy.”

For anyone considering signing up for a jiujitsu course, Sharpless encourages them to try it out first to see if a particular class is right for them.

He noted that just because an instructor is a great competitor doesn’t mean the class is right for them.

“It doesn’t mean that you can learn in that capacity,” he said.

Sharpless added that though the fighting techniques that are being taught might be the same, the way they’re taught can vary widely.