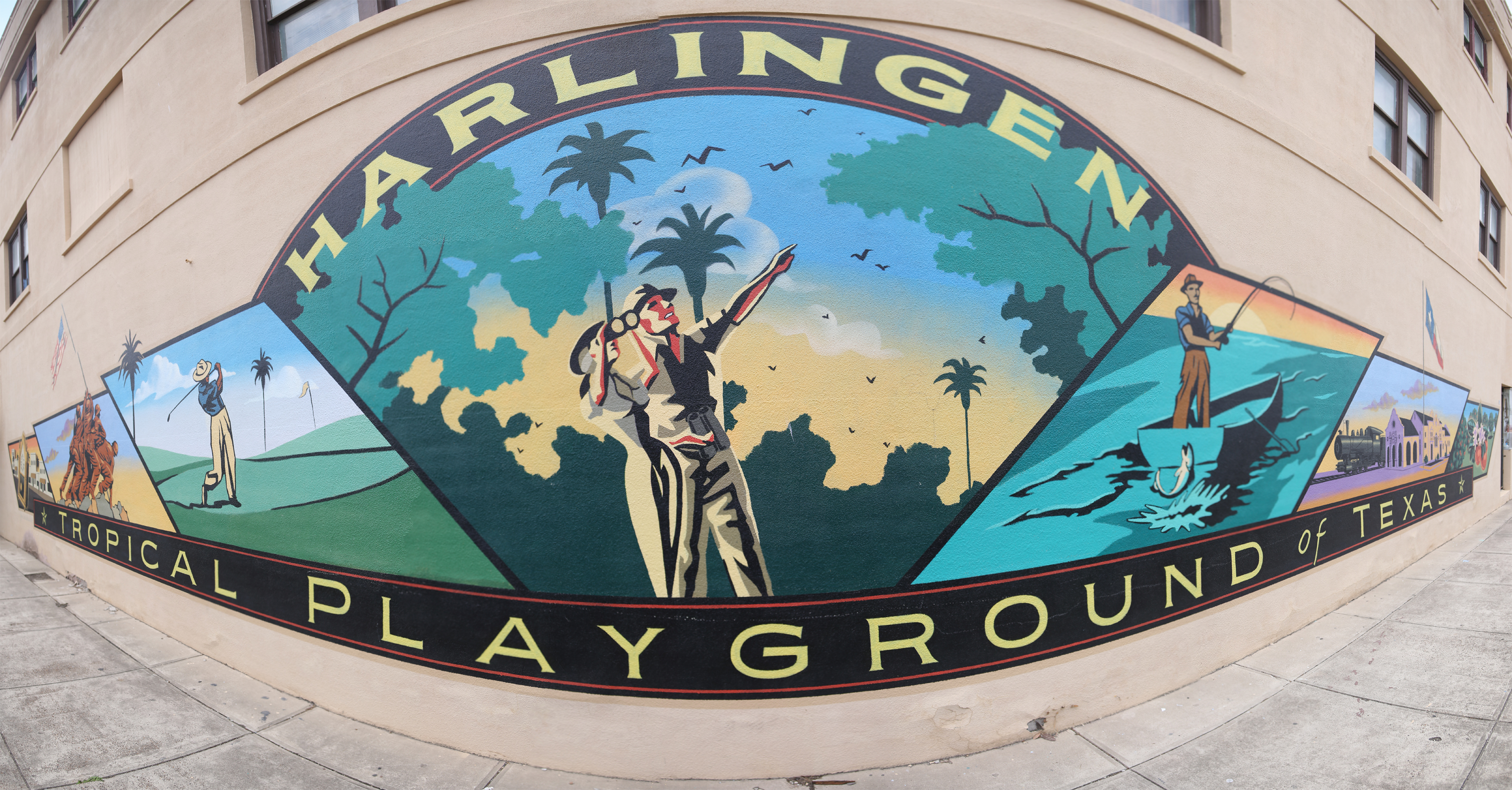 Henry Roberts has seen what happens to businesses which are unable to adapt. In Harlingen especially, a typically conservative clientele makes it especially challenging for business owners without the management skills to survive in its business climate.

As the founder and owner of Bicycle World stores across the Rio Grande Valley, Roberts can recall opening his first store in Harlingen 35 years ago. By then, the former Perkins Bike Shop on South Sunshine Strip had been in business for 40 years, and was soon followed by a second store in McAllen and Brownsville.

“I thought that even though we were a little shop, one day I was going to be Bicycle World. That’s where we are now,” Roberts says of his initial thoughts upon opening in 1977. “I have seen many shops in my day go out of business that I used to look at in awe. There’s more to it than just starting a shop. There is so many changes that happen very quickly, and you have to be able to change and adapt.” 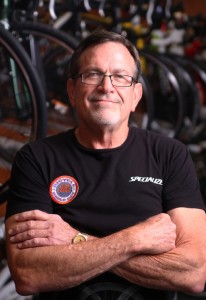 Nearly four decades later, in gauging the success of each store, Roberts acknowledges that McAllen has a much larger customer base who tend to splurge compared with Harlingen customers who are “a bit more conservative” when it comes to spending. Good management, Roberts says, is what makes a business succeed, along with a good vision and knowledge of its customer base, regardless of where the business is located.

“We went through a bad phase, but we got our city back. We have sensible thinking people now,” said Roberts, who is also asking that the city be more open minded when it comes to supporting new projects and events. He and his wife Kelly are the organizers of Harlingen’s annual Jalapeno 100 Bike Ride, now in its 23rd year. “But things are looking better,” he said.

“This was the beginning of my entrepreneur dream in America,” said Roberts. “We worked hard at it, and we have three stores now. It wasn’t easy, but quite frankly we have come a long way in these 35 years. We feel satisfied that we have accomplished way more than what we originally founded it.”
Harlingen is no stranger to adversity, but historically the savvy marketing prowess of its leadership, and loyalty from its business community, have apparently guided the city through crises in the past.
Just a year after the city’s ‘Golden Anniversary’ in 1960, the announcement of the closing of the former Harlingen Air Force Base predicted doom and catastrophe for the economy of the city. In his 1961 budget to Congress, former U.S. President John F. Kennedy announced that the Department of Defense would close 73 military installations, including Harlingen.
By 1962, hundreds of homes emptied as military families began to leave the city. At its peak, the base held 9,000 trainees among its 200 housing units. In the community, a group of citizens collaborated to launch a marketing campaign they named “Go Harlingen” to attract retirees from the Midwest, and possibly soften the economic hit from the base’s closing.
Using $100,000 raised by the local business community to promote the campaign, more than 1,400 houses were sold over five years, according to city records. In addition, the vacant airbase property was revived by its new tenant, Marine Military Academy. The base’s adjacent runways became Valley International Airport thanks to a $1.25 million bond issue approved by voters. Hurricanes, floods, freezes, the closing of cotton gins, and the end of rail passenger service did not deter the city’s morale, and neither have the challenges of the 21st century despite the city’s standing among other communities in the Rio Grande Valley.
Harlingen currently trails behind cities like Edinburg and McAllen, who as of early 2013 are both tied for the lowest unemployment rate (7.6 percent) in the Rio Grande Valley. January figures by the Texas Workforce Commission represent the latest data, which is reported on a bimonthly basis by TWC. Harlingen came in at 9 percent unemployment in January, the middle of the pack among Valley cities.
By comparison, Mission (8.8 percent), Pharr (9.9 percent), Brownsville (11.1 percent), and Weslaco (11.5 percent) had higher unemployment rates in January than Edinburg and McAllen, according to the Texas Workforce Commission.
In the dawn of the city’s centennial celebration in 2010, the census data delivered a stunning blow for Harlingen repositioning the once leading economy of the entire Rio Grande Valley from third place to sixth place in population amongst valley communities.
On November 2011, after a lengthy and stressful process, Bass Pro Shops finally opened its doors in Harlingen, preceded by Harlingen Crossings, a new retail complex west of town. The year 2012 brought an increase in sales tax collections that have continued through the first months of 2013. Retail business owners say they are starting to feel a positive change impacting the Capital City of the Rio Grande Valley.
Harlingen garnered more than $1.6 million in local sales taxes in January, up nearly 4 percent over the same time in 2012, according to the Texas Comptroller of Public Accounts.
Connie Salas and Juan Salas, lifelong residents of the city and community volunteers with the Harlingen Chamber for the last 13 years, say there is room for improvement. 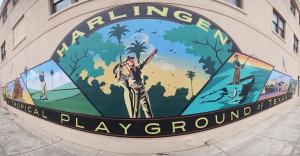 “On a scale of one to 10, we are not yet there, but we are getting there thanks to the people running the city,” Juan Salas said. “In the last five years we have seen some growth, and I know we are behind but we are still the lowest taxpayers in the Valley. As residents in the city, we feel we are finally getting there.”
“The city needs to keep on making it easy for business to get here and build more. Some of the problems that we had was figuring out how to improve that, but we see a lot of things coming to better the city.”
In 1975 Southwest Airlines and Lamar Muse selected Harlingen as their first expansion airport, and have since provided their services without interruption. In 2012 Southwest Airlines added nonstop flights to Dallas, Houston, San Antonio and Austin, Texas. Valley International Airport (VIA) is the only major airport in the Valley that does not offer international passenger flight. In the meantime, DHL does operate a Boeing 767-200 wide body cargo plane between Cincinnati, Ohio, and Harlingen, Texas, continuing to Monterrey, Mexico. In addition, Sun Country Airlines, which started servicing Harlingen and the Valley in 1998, has expanded their 2013 season to start from October through May increasing their flights by 39% from last year. VIA is also home to casino charter flights to Laughlin, Wendover, and Tunica operated by Sun Country Airlines, Allegiant Airlines, and Republic Airlines. No subsidy money from the City of Harlingen or its Economic Development is used to attract and retain these airlines in Harlingen. VIA has long embraced the concept of regionalism, for its name suggests it is the Valley’s airport.

Each year, thousands of travelers arrive in Harlingen to visit the entire region for business and pleasure.
When it comes to major events, Harlingen struggles, and has endured the loss of the CAF Air Show, Rio Fest and the Downtown Jubilee. But Harlingen does have a festival that is known across the world: the Rio Grande Valley Birding Festival. Local and international birders meet in Harlingen and travel all over South Texas to watch over 500 species of birds found in this diverse sub-tropical habitat that is the Rio Grande Valley.

RGVision paid a visit to Raudel Garza, Harlingen’s Economic Development Director, to ask about balancing the job of bringing retail businesses, restaurants and industry to Harlingen. Garza talked about two new power plants coming to Harlingen and Brownsville this year which will employ thousands of people in addition to spin-off jobs that will come as a result.

“Harlingen has a lot of strengths, and right now we are leveraging our location in the Valley, which is our biggest one to help draw more people and shoppers to Harlingen,” said Harlingen EDC chairman Rick Ledemsa. “There are some challenges to the city in the way it’s structured. There are a lot of obstructions in getting from one side of the city to the others. That is a natural obstruction that we somehow have to overcome. “
Call centers are an important source of jobs in the Rio Grande Valley. Harlingen is home to United Healthcare, Dish Network, Time Warner and ACT. Of the 9,600 jobs related to call centers, 1/3 are found in Harlingen.

In addition, major manufacturers with established operations in Harlingen such as Tyco, Cardone Industries, Aloe Labs, and Encanto Snacks survived the recession and continue to grow. Manufacturers have expressed the intention to continue investing in Harlingen.

The United Launch Alliance, a joint venture between Lockheed Martin and Boeing to provide access to space for the U.S. government added 80 jobs in the last year, according to Harlingen Mayor Chris Boswell. Cardone now has more than 250 employees, and Tyco’s expansion in the city added more than 69 jobs over the last year, Boswell said.

“We are doing a lot of different things, we are working to be a full partner of the new university and medical school, we are adding manufacturing jobs on one side of town in our industrial sector,” said Harlingen mayor Chris Boswell. “All of these manufacturing sector jobs have grown and added jobs in the last year.”

The same circumstance seems to be happening in Harlingen regardless of the loss in population reported by the 2010 census. Just like in the past, adversity is generating the momentum necessary to drive Harlingen in a new direction where it will find a grand vision and its place in the world.