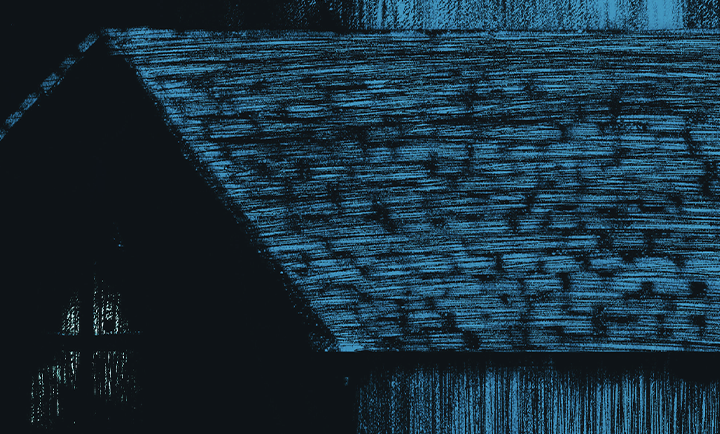 There’s a legend about Whalen Road in Pharr — and plenty of stories about things that are said to happen on Whalen Road. The legend goes that a family died in a nearby house fire in the ’60s. The stories go that two little ghost children now stop cars on Whalen Road, and that their still-smoldering parents hitch a ride in the backseat of those cars — among other things.

This is one of many scary stories included on TrueHorrorStoriesofTexas.com, a website created by RGV natives Jonathan Gonzalez and Rene Villarreal.

“I first became interested in the world of the supernatural, the unexplained, and the paranormal at a young age through my mother,” Gonzalez wrote in an email. “She would always tell us scary stories growing up involving her family and I found them creepy, yet intriguing.

Gonzalez and Villarreal decided to create a website for people in both the Rio Grande Valley and from the entire state of Texas to share their tales of terror. There are hundreds of stories — everything from the entire 1970s-era McAllen Bulldogs football team witnessing a howling, levitating woman on the side of the road on their way back from playing in Roma, to a woman driving home in Brownsville who was terrified to witness a creature cross between a man and a giant bat spreading his wings and flying away. The website also includes videos and podcast posts.

“The paranormal community has been supportive and has welcomed us with open arms,” Gonzalez wrote. “We’re honored that people really seem to enjoy visiting the website.”

Gonzalez himself has had several encounters with the paranormal.

“I was traveling eastbound on Jasmine Street in McAllen with my wife when I happened to notice something incredibly creepy in the backyard of a home located on the north side of the street,” he remembered. It was a “shadow person” — a common enough occurrence to garner its own lexicon in the paranormal world — and it was leaning against the side of the garage. “This thing looked like it was trying not to be seen with its arms hanging straight down, almost as if it knew I was looking at it. It looked dark and dense, darker than the night. It appeared to be at least 6 feet tall.” When Gonzalez circled back around for another look, though, it was gone.

I went to Whalen Road, the one from the stories. I brought along my partner, David, and his daughter, Lauren. I didn’t tell them the story, using them as a kind of control. Lauren was, understandably, outraged when I told her, at the end of our cruising, that something was supposed to crawl into the backseat with her.

Whalen Road’s more developed now than it probably used to be. It’s not very long, either. And at 9:36 p.m. on a Saturday, it was surprisingly busy. There was plenty of traffic, and what looked to be a well-attended party going on at one of the properties that line it.

I was happy for all the company. I spent a night at Rio Grande City’s famously haunted La Borde House — on Halloween, no less — and declined an interaction with footsteps walking around my bed by just deciding to keep my eyes shut and staying very still. Sorry, scientific and paranormal communities.

For investigation’s sake, I turned on an audio recorder as we turned on to Whalen Road. I didn’t listen to what I recorded until I wrote this article, about a week-and-a-half later. At precisely 4:31 on my recording, amid a short spate of silence, a male voice sings, monk-style, “hola, amigo de la buena suerte.”

So could David have simply been chanting in Spanish, apropos of nothing? One hundred percent yes. In fact, anything paranormal about that segment of the recording is debunked — when confronted, David realized he’d been mimicking an advertisement he used to hear in the ’90s in Washington state. Lauren and I just didn’t call him out.

The recording ends at 13:39. But at 13:30, there’s a breathy, whispering voice I can’t reason away. It sounds like the lips are pressed right against the mic. The recording goes like this:

David: Yeah, or something. It might be a little different vibe.

One, two, three seconds of silence.

David: Now we know where it is.

Read more scary stories from Texas — or submit your own — at truehorrorstoriesoftexas.com.