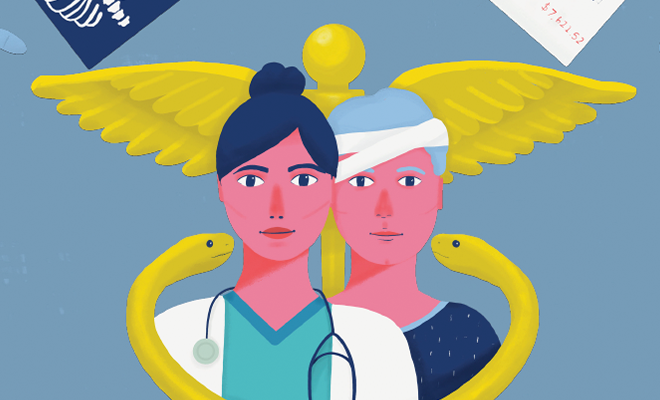 When Celeste Samudio opened her eyes on Oct. 29, 2014, she had much to learn that she couldn’t yet ask. Tubes snaked down her throat, machines sounded out her vitals, and her family surrounded her in the Intensive Care Unit of Doctors Hospital at Renaissance.

“They let them know that I had died on the 28th right after surgery and was dead for a whole minute,” Samudio recalled. “The doctors couldn’t explain to me what had happened.”

The outcome didn’t make sense after what her doctor had told her the day before — that she was getting a simple tubal ligation that would take a couple of hours of her time. Then, she would be on her way home.

After consulting with the doctor about the procedure and being cleared for it, she recalls getting to the hospital the morning of Oct. 28 and being put under general anesthesia. There was nothing that seemed out of the ordinary and no warnings from the doctor of something like this happening.

Samudio said she made a quick recovery and was sent home Oct. 30. She felt normal, she said, until a followup visit to the pulmonologist. He told her she would need to start using an oxygen tank — again, with very little explanation.

“He said no more running, no more working out … he said it was long term. For life,” she said. “But I stopped using the tanks slowly … I went to a different doctor after that, and he told me that everything was fine and saw nothing wrong with me.”

Samudio’s trust of the hospital and the healthcare system here eroded after these two encounters. Not getting any explanation as to why the simple procedure went so wrong — plus a misdiagnosis that would have chained her to an oxygen tank for the rest of her life — made her extremely wary.

Similar stories of distrust are not hard to find in the Rio Grande Valley amid a push to improve services by area hospitals.

In May, DHR announced it is now functioning as a Level 1 Trauma Center despite a pending visit by the American College of Surgeons to approve the designation.

This designation meant that the hospital pledged to have trauma surgeons on staff 24/7, as well as prompt access to specialty care for patients, a training and education component for future trauma doctors, and a network of other Level 1 facilities to rely on.

But how do you sell such promises to a perhaps jaded public who will need to buy into the idea of making this hospital their go-to in the first place?

“That’s the market down here, and it’s unfortunate DHR runs the market,” said a local surgeon, who spoke on condition of anonymity. “They own 80 to 85 percent of the primary care physicians who only refer to themselves and only send to DHR.”

But that does not mean that DHR is the be-all and end-all facility for medical care in the region. 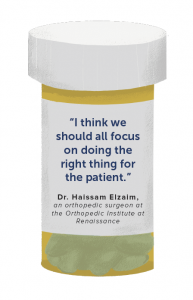 “I think that the most important thing to express to the patients in the Valley is for them to realize that you can get extremely high-quality, specialized care outside of DHR,” the surgeon said. “The care truly is becoming top notch and more sophisticated. There’s options.”

Bradley Gamboa’s visit to DHR’s emergency room with strong back pain and stomach discomfort turned into a five-hour wait. Only about 15 minutes of that visit actually involved a doctor, he said. But Gamboa was the one who convinced the doctor not to send him home with a diagnosis of food poisoning.

“When I told him I thought it was something else, he said, ‘Well, you didn’t tell me you had pain in your back,’” Gamboa remembered. “Even though I had told that to everyone I had talked to before him.”

The doctor agreed to run some scans, which found kidney stones. Gamboa said the doctor simply walked in briefly, said something along the lines of, “I guess you were right,” and “We’ll get you the right medicine,” and walked out.

With no further feedback after five hours, Gamboa expressed disappointment in the service and even some disbelief — he recalled a nurse telling him it was a good thing that he stood up for himself.

Addressing some of these bad experiences and regaining patient trust is made even more difficult by the internet — and its myriad outlets to express strong feelings and experiences.

One area doctor, Dr. Turner Wright, staffs a physician liaison in his office. Jenny Hull serves this role at Wright Sinus Choice, along with being the director of marketing.

A big part of her role, Hull said, is keeping in touch with patients to ensure they received the answers or information they needed.

The doctor has a personal hotline that goes directly to her in case he is in surgery or consultation. She also reads and replies to all online ratings — and calls reviewers to go over any negative issues.

“The negative review part, we are 100 percent on that because when people do name searches or category searches, that’s the way it pulls up on Google so when there is something that is erroneous, or negative it will affect [us],” Hull said. “Every single one we address … we call it reputation management.”

Most complaints are the usual issues — long wait times, or paperwork, she said — so her approach includes putting herself in patients’ shoes to understand how they might be interpreting these waits or requests.

“Most of the time, all you have to do is explain the procedures realistically and most of the time, patients will calm down,” Hull said. “When people come in and see us, they don’t feel good. They are sick of being sick.”

However, other complaints stem from experiences with Wright himself. One Google reviewer came in complaining of vertigo and said Wright suggested an unnecessary rhinoplasty. A Facebook review recounted the scar tissue received during a procedure that necessitated a second surgery. Another Facebook reviewer complained of pain during surgery — and that the conditions the procedure was supposed to have solved had since multiplied.

Hull responds to a majority of these complaints by apologizing and offering her contact information to further discuss the details of the experience.

“If anybody has a problem with my doctor, I make sure that he is protected in the case that he didn’t do anything wrong. And if he has, we corrected and we apologize,” she said. “The patient is always right, that’s how we walk into it, but if the patient is not right, then we just present the facts.”

Dr. Haissam Elzaim, an orthopedic surgeon at the Orthopedic Institute at Renaissance — a DHR property — also takes the direct approach when responding to negative reviews online.

“It’s bad for us, it’s bad for business,” he said. “We just have to be able to also work the internet and be able to respond to these complaints and explain.”

He cited a poor review from a patient who was more frustrated with her injury than with his care, he said. That interaction was a blip in what Elzaim described as positive in-person patient feedback and satisfaction.

“They love me and thank me all the time and appreciate what I do,” he said. “I tell them, ‘please go online and give me a review because it’s very important for people to know about me.’ Probably 100 patients I tell them to do that — maybe 1 patient would do it — but if you have somebody who’s unhappy, they’re going to go immediately online and leave a bad review.”

While this approach might work at the individual practice level, a hospital troubleshooting every complaint, online or otherwise, could prove to be too great of a challenge — or not enough to stem the flow of poor public perception. But the reputation dangers remain.

“We need to educate the public and the community about what we do and who we are,” Elzaim said. “I think we’re doing a good job with that. DHR, they have a very good marketing and community relation, public relation department.”

The hospital organizes awareness and fundraising campaigns in the community, Elzaim said. It also brings in high school students to volunteer and experience firsthand the care that DHR doctors give to their patients. 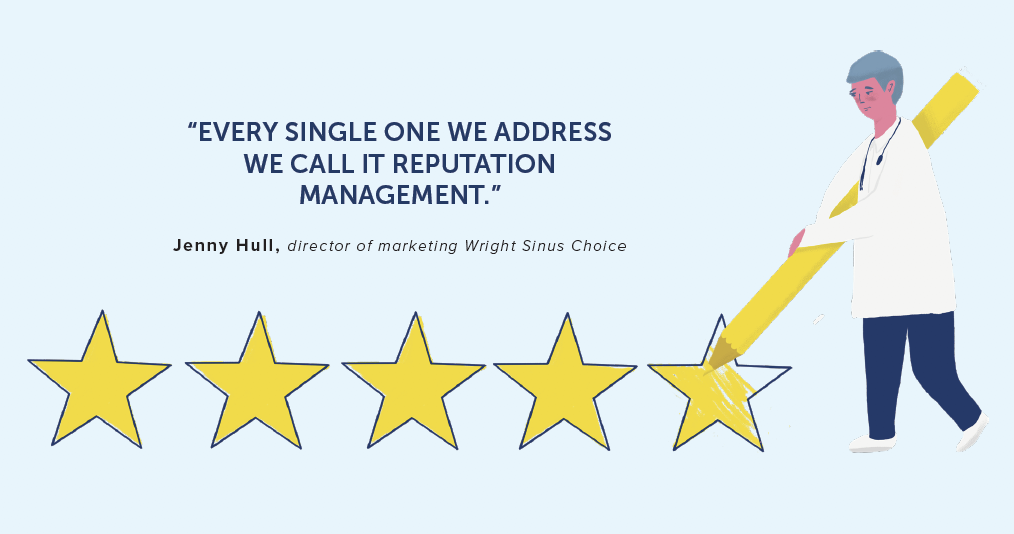 “They are young people who are soon going to be adults,” he said. “That perception is going to stick in their mind — ‘these are good doctors who are well trained well educated, liked by their patients, doing good care.’”

And the biggest challenge facing the perception of health care in this region?

“I think we should all focus on doing the right thing for the patient.”

Amy Casebier contributed to this story.