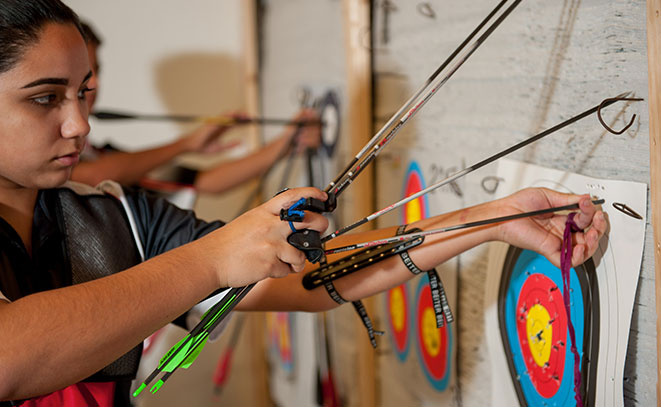 RGV Archery Academy Trains Locals for Competition in Ancient SportDating all the way back to the Stone Age, evidence of the ancient practice of archery has been found throughout the world. Primarily used for hunting and warfare by many civilizations, in the sixth century, the Japanese used archery as a modus operandi for physical, moral, and spiritual development. Don’t fret — you don’t need to travel back in time to enrich your life with archery. The newly formed RGV Archery Academy is hitting the bullseye for personal development in the Valley.

The RGV Archery Academy is a member of World Archery, formerly known as FITA, which is the international governing body for the sport of archery. Since August, when the academy officially began operating, it has already grown an impressive membership and competed in a national tournament.

A “four spot” for everyone

As I spoke to founder and level two archery instructor Gregory Harris by the target range located behind Incredibowl in Mission, the sense of sportsmanship and community was apparent. The academy offers a Junior Olympic Archery Development (JOAD) program for children ages eight to 20 and an adult program for individuals who wish to pursue competitive archery.

There are 10 local archers who train with the academy’s two instructors Monday through Friday, and 18 archers in Mexico that comprise the JOAD team. Members can learn to shoot a recurve or compound bow and compete in 3-D and field archery competitions.

Recently, the members had the pleasure of shooting with Linda Ochoa-Anderson of Mexico, who recently placed second in compound shooting at the 2016 World Archery Field Championships in Dublin. 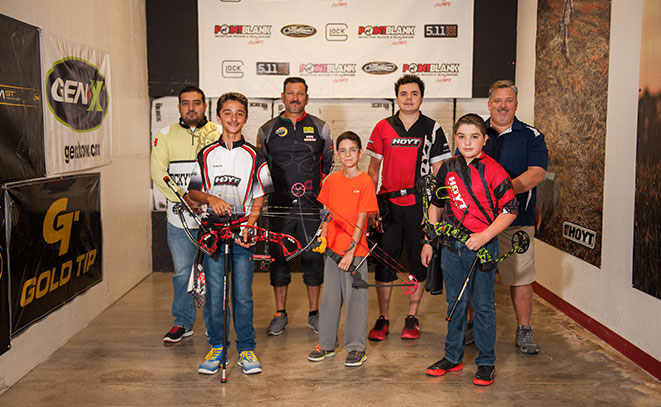 But the academy is not only for competitive archers.

“We train anyone from a beginning archer age 8 on up to however old you can be to pull a bow,” Harris said. He recommends the sport to anyone because it is not hard on the body and injuries are seldom, unlike other contact sports.

Harris says he has also found archery to be a great confidence booster.

“If there is a kid out there lacking in confidence because they’re not the star player in soccer or basketball, archery is a great leveler in talent,” he said.

Harris also attests to the bond archery can build among a family.

“We’ve got mothers and sons, fathers and daughters who shoot together,” he said. In fact, it was his son’s involvement in archery that led him to discover the large community of archers in the region and begin the academy.

Currently, the competitive archers at the academy are training to compete in the “Vegas Shoot,” the largest archery competition in the world, with over 3,000 archers from around the world. The competition will be held Feb. 10-12, 2017, at the South Point Hotel in Las Vegas.

For more information about the RGV Archery Academy, visit their website at www.archeryevents.com, or contact Gregory Harris at (956) 802-4696.