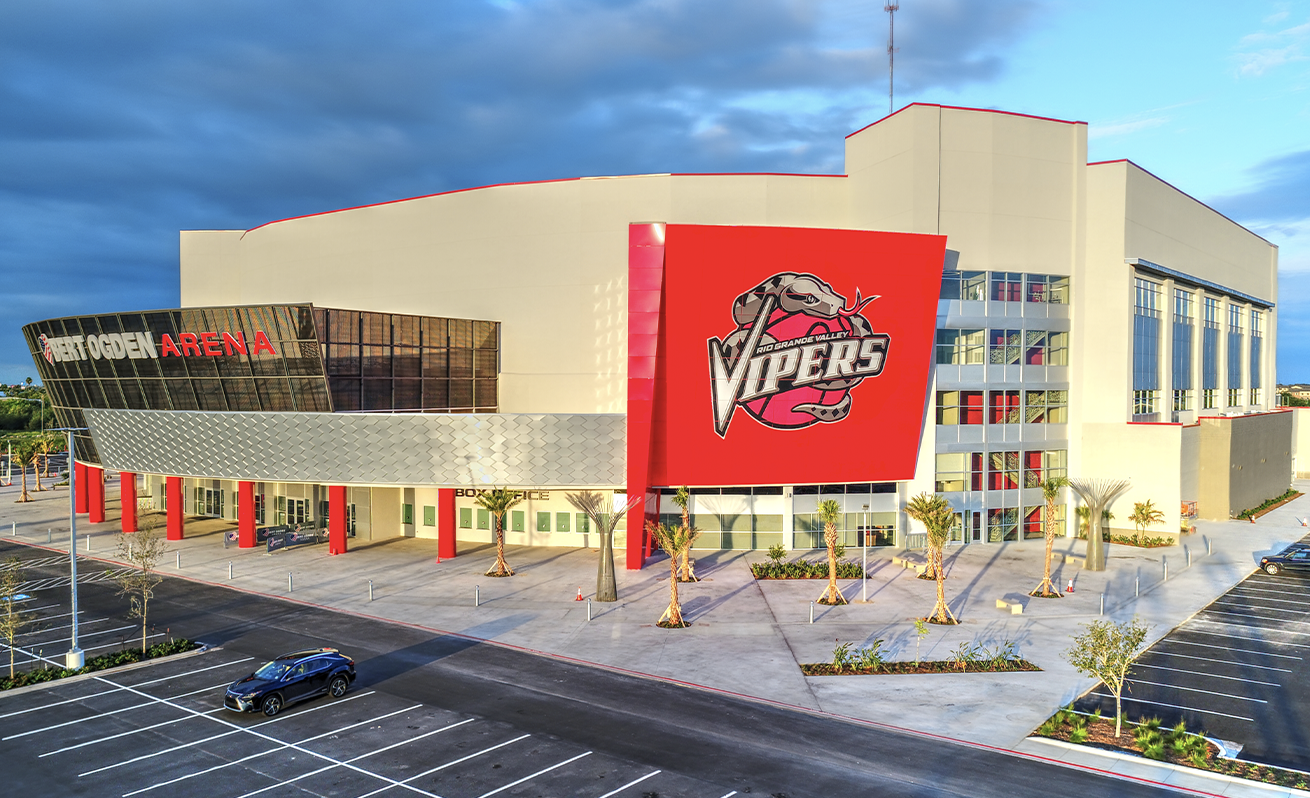 The Rio Grande Valley Vipers have new hardware to put in their new home: a historic third NBA G-League championship trophy. They’re the first in the league to win three titles — icing on the cake of their inaugural season at the Bert Ogden Arena in Edinburg.

So how is the new arena treating the Vipers?

“Damn good,” Coach Joseph Blair said, speaking ahead of the finals. The Vipers fell to the Long Island Nets in Game 1, but overcame them at home for Game 2. Game 3 was held April 12 in New York — where the Vipers secured the championship.

Blair took the helm as head coach for the Vipers this past season, but he was no stranger to the team. He was an assistant coach since 2015, when the Vipers still played at State Farm Arena in Hidalgo. The team made great memories in that facility, Blair said, but life at Bert Ogden Arena has been amazing for both the team a

“We’re setting the standard for the league,” Blair said. “It’s the nicest arena in the league so far.”

The Bert Ogden Arena is the Vipers’ true home court, right down to the red and black in the locker room and the stitching on the seats. A wraparound LED Ribbon Board, a 40-by-20-foot scoreboard, sound and lighting effects, and other technology give arena staff the support they need to organize world-class entertainment during timeouts and halftimes.

“We’ve had absolutely a great year,” said Vipers President and CEO Rene Borrego. “Everybody’s worked real hard, from the people who run the arena — the ticket takers, the ushers, the concessions people — they’ve just done a phenomenal job. And then our sports staff put on a hell of a show.”

The Snake Charmers dance team performs choreographed routines multiple times during a game. The new Hype Squad break dance and toss souvenirs to the crowd. And when the Vipers beat the Santa Cruz Warriors at home on April 3 to net the Western Conference championship, there was a baby race at half court.

“We finally have the tools to make our show presentation NBA quality with great lighting and sound,” Borrego said. “Anyone that’s been out, they can see it’s quite a show.”

As it turns out, quite a few people have been to games at Bert Ogden Arena. In fact, attendance is up more than 80 percent over last year. Borrego attributes the boost to the arena’s ideal location — right on Interstate 2 — and how affordable it is to attend a game.

“I think word got out that this is a great family experience,” he said. “You can come out there, the prices are reasonable, the location is reasonable, it’s a great team, they play well on the court, they’re great role models. This is an alternative for other things to do in the community.”

The focus on families is apparent at the Kids Zone, an area with games and activities for children ages 3 to 12 — supervised by their parents. There will be even more programming for the Kids Zone next season, Borrego said.

“I’ve raised two boys and I know what kids like,” he said. “They see some athletes shooting the ball, they want to do it themselves. Kids are inquisitive — they can’t sit there sometimes for a whole two-hour game.” 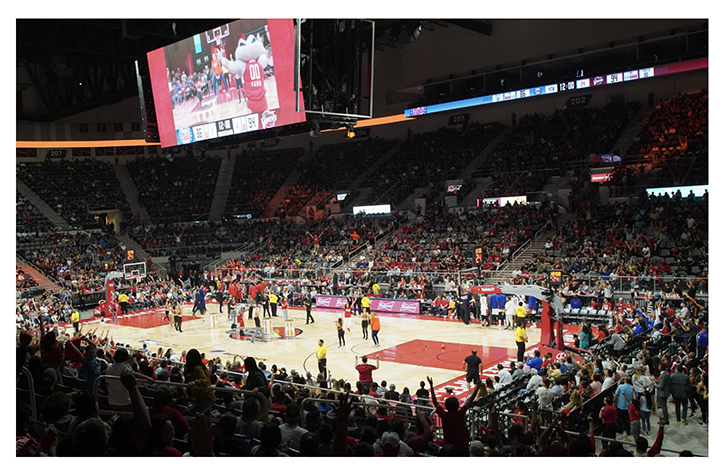 Next season, the Vipers will be settled into their home court even more, said Hondo Candelaria, director of ticketing.

“I think they feel it, too, especially with the crowd,” he said. “They just feed off that energy knowing that they’re home, and that’s all they talk about.”

“The enjoyment that fans receive — we also feel that down on the basketball court,” he said.

Read more about the Rio Grande Valley Vipers at riograndevalley.gleague.nba.com/. For more on the Bert Ogden Arena, visit bertogdenarena.com/.