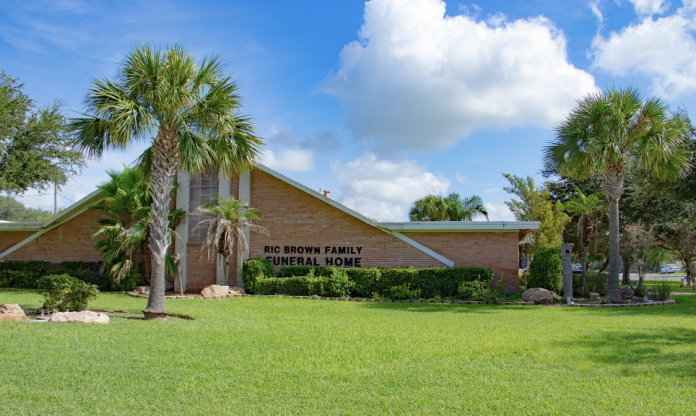 Tributes are often seen as a celebration or way to honor the accomplishments of family members and friends who have impacted our lives.

These events include birthdays, baby showers, christenings, quinceañeras, graduations, job promotions, weddings, anniversaries, and retirements, which we document with photographs, certificates, or a plaque on the wall.

But death is something else.

Death is an inevitable part of living, and it’s that final chapter that we often look at with a sense of foreboding and morbidity. It’s something that requires someone with a compassionate soul to serve as a guide for families who are planning life’s final tribute. 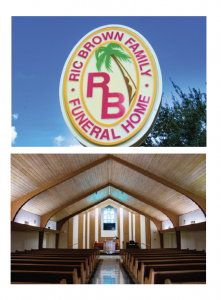 The Brown family operated a funeral home business for 20 years in the Valley before they began to branch out in the late 1990s. It was there that Tim Brown learned the art of compassion from his father, Ric, who’d aspired to one day become a stand-up comedian.

“He was amazing,” Brown recalled. “People would come in crying, and they’d leave laughing. He would change the whole atmosphere, and I feel like that’s something we carry along with us, and we are able to bring that comfort to people.”

In 1998, The Ric Brown Family Funeral Home began serving families in Mission and Hidalgo County with funeral planning, preparation for memorial services, and creating dedicated memorials where families can remember their loved ones. The family would eventually open new locations in McAllen and Alamo.

“My dad used to always say that there are a couple of options in the funeral business: When you open a funeral home, you can have a funeral business, or you can have a funeral service. You have to decide if you want to be in business or if you want to be the guy who serves the community,” Brown said. “We’ve always had the mentality that we’re going to be in the funeral service and serve those around us.” 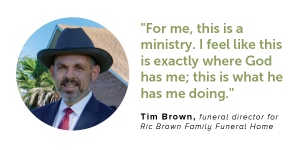 This level of service was evident during the height of the COVID-19 pandemic, which claimed more than 1,000 lives in the Rio Grande Valley during the first six months of 2020. Like other businesses, funeral homes were closed for 30 days and reopened in April.

Shortly after businesses began reopening, many funeral homes in South Texas raised their prices, while The Ric Brown Family Funeral Home lowered theirs to help out the community.

“It was crazy the amount of work we were doing, but we considered it an honor,” Brown said. “Our community needed us. This community has been good to us for more than 20 years. There was no way I was going to abandon them now.”

For 14 straight weeks, the staff worked seven days a week and 20 hours per day to deal with the almost endless number of deaths resulting from the pandemic. By the end of August, Brown said they’d conducted more funerals in the span of 60 days than they’d normally do in a full year.

This crisis also forced funeral homes to network and, at times, pool their resources to ensure they were doing right by South Texans in an unprecedented time.

“Any generation could have done this, but it was our generation,” Brown said. “I’m grateful that ours was the generation that we got to serve our community when they needed us the most. In my lifetime, there has not been a time when our community has needed their last responders more than they did at that time.”

As the world learns to live with the coronavirus, Brown remains committed to providing a necessary service to South Texans. Earlier this year, Texas Gov. Greg Abbott recognized the commitment and appointed Brown to serve on the Texas Funeral Service Commission, which regulates the funeral industry in Texas.

“I’m very grateful that I’m able to do what I do,” Brown said.