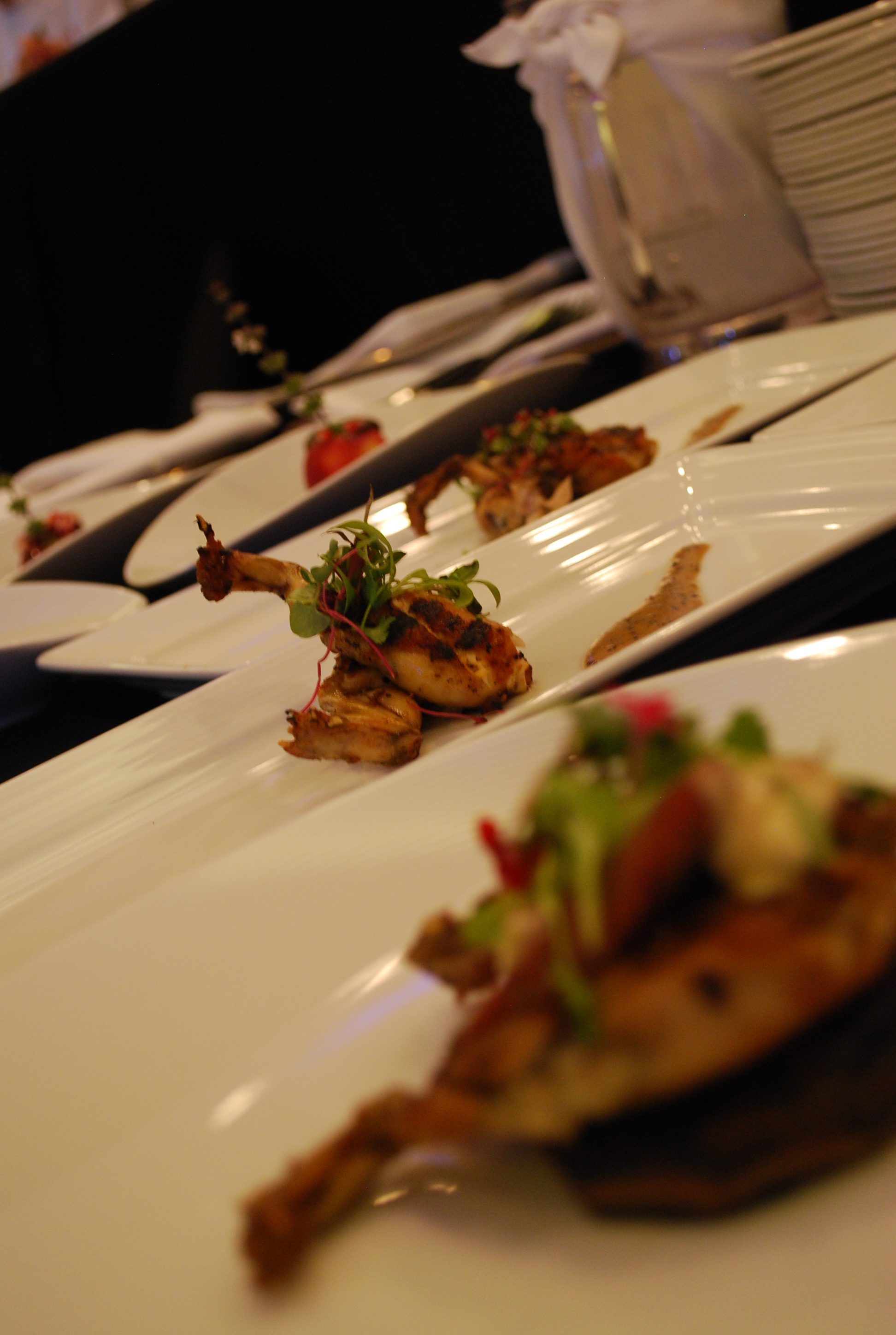 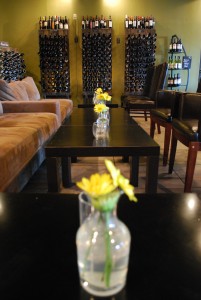 From the moment you enter House.Wine., the feeling of relaxation and comfort blankets you. Swanky music plays overhead, and an old movie will be playing on the flat screen mounted on the wall, surrounded by over 150 regional wines. For today, a bright, fresh yellow daisies dot every black clothed table in the bistro. Local, colorful art is displayed on the olive and mustard painted walls. The black ceilings host exposed conduit and give House.Wine. a clean, modern look, while sticking to simplicity. A unique concept to the Rio Grande Valley. “It’s a play on words.” Chef Larry explains. One side of the restaurant is a show room, where modern furniture with neutral tones is sold, along with other funky pieces to decorate your home, and the other is the lounge, dining area.

Chef Larry’s climb to the top was anything but easy. His love of food began early on in his life with the influence of his mother. He remembers jumping on the stool to help his mother out. Every time she cooked, he wanted to be a part of it. “I would ask her to put food in my hand, and as long as I was putting it in the pot, I felt like I was creating something.” He started from the bottom and worked his way up to earn every position he’s held. At just 16, he started flippin’ burgers for Whataburger in his hometown of Edinburg, and by 19 he had moved to Austin, Texas and went to work at Carrabba’s Italian Grill as a dishwasher. He quickly moved up the kitchen ranks, and at 27 he had the opportunity to enroll in their management training program and buy into Carrabba’s. “I wanted my own restaurant.” So, he signed a 5 year contract with Carrabba’s and went to work. During his time working as kitchen manager at Carrabba’s, a woman walked in to apply at the restaurant. Chef Larry was in no position to hire personnel at the time. Jessica started the very next day. 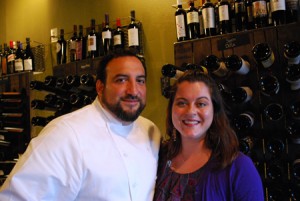 By 2008 Chef Larry and Jessica were managing 130 employees between the two of them in two different Carrabba’s restaurants. They decided it was time to relocate and for a change. As summer of 2008 came to an end, both Chef Larry and Jessica had moved to Edinburg to begin a new concept restaurant. October 3rd, 2008 marked the opening night of House.Wine. featuring decorating home furniture and an extensive wine list. No bistro, yet. After a year in business, they realized that adding some food to the menu wouldn’t hurt, and soon thereafter their New American Bistro concept was born.

The idea for House.Wine. is this: simple, classic, flavorful. Besides cooking, agriculture is one of chef’s favorite things. “I want to support local farmers.” As we sat down to talk, Chef got excited talking about fresh produce he had just gotten in. “Check these out.” He holds a bag of just plucked, warm yellow and orange squash blossoms. Sets them on the table, and they sit with us the rest of the interview.

“What are your plans for these, Chef?”

“I’ll probably stuff them with lamb and ricotta.” Saying it like it was the natural thing to do. Mexican and Italian cuisines are some of Chef’s biggest influences. “I love the earthiness of both.”  Next, Chef brings out a pan lined with Giant Prawns, with the brightest blue legs, and longest whiskers I’ve ever seen. These were featured on their special for the evening: Surf and Turf. Chef Larry’s culinary creations are classic and adventurous. The baked brie, made with a rich caramel sauce and toasted almonds, accompanied with fresh strawberries, is an explosion of flavor in your mouth. Their house salad goes beyond every other house salad, mixing in some baby arugula, bleu cheese and tossing it with a sweet onion vinaigrette. Chef Larry thrilled the table by bringing out some local Buckeye Farm’s lamb chops, drizzled with a bleu cheese cream sauce. Sausage stuffed mushrooms are taken to the next level with a spicy tomato sauce and Italian fennel sausage. The wine list at House.Wine. is definitely something to brag about. With over 150 different regional wines to choose from, there is something everyone can enjoy. “I love wine, but Jessica has a passion for wine.” Chef Larry admits. 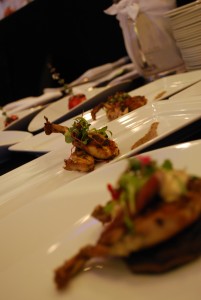 Moving to the Rio Grande Valley wasn’t easy for the Delgados. When starting a restaurant it’s natural to want to be in a huge city with tons of open palettes. However, sometimes bigger isn’t always better. “We could’ve have started this in Austin, and been another fish in the bowl. Or, we can come down here and make a splash. Be a pioneer, instead of a dime a dozen. The sky’s the limit for us.” Jessica, who was born and raised in Austin, has adjusted well to her move to the Valley. “I love meeting new people every day, meeting our guests and establishing relationships. We want to bring more life and spark, new things, new concepts. It’s been great so far.”

The Valley is making culinary steps every day to add new, fresh restaurants to our area. It’s not an easy thing to open people’s food minds, and introduce them to something new through cuisine. When it happens, though, it’s well worth the risk. “My favorite part of all this, is seeing someone smile when they taste my food.” Well Chef, we’re all smiles here.