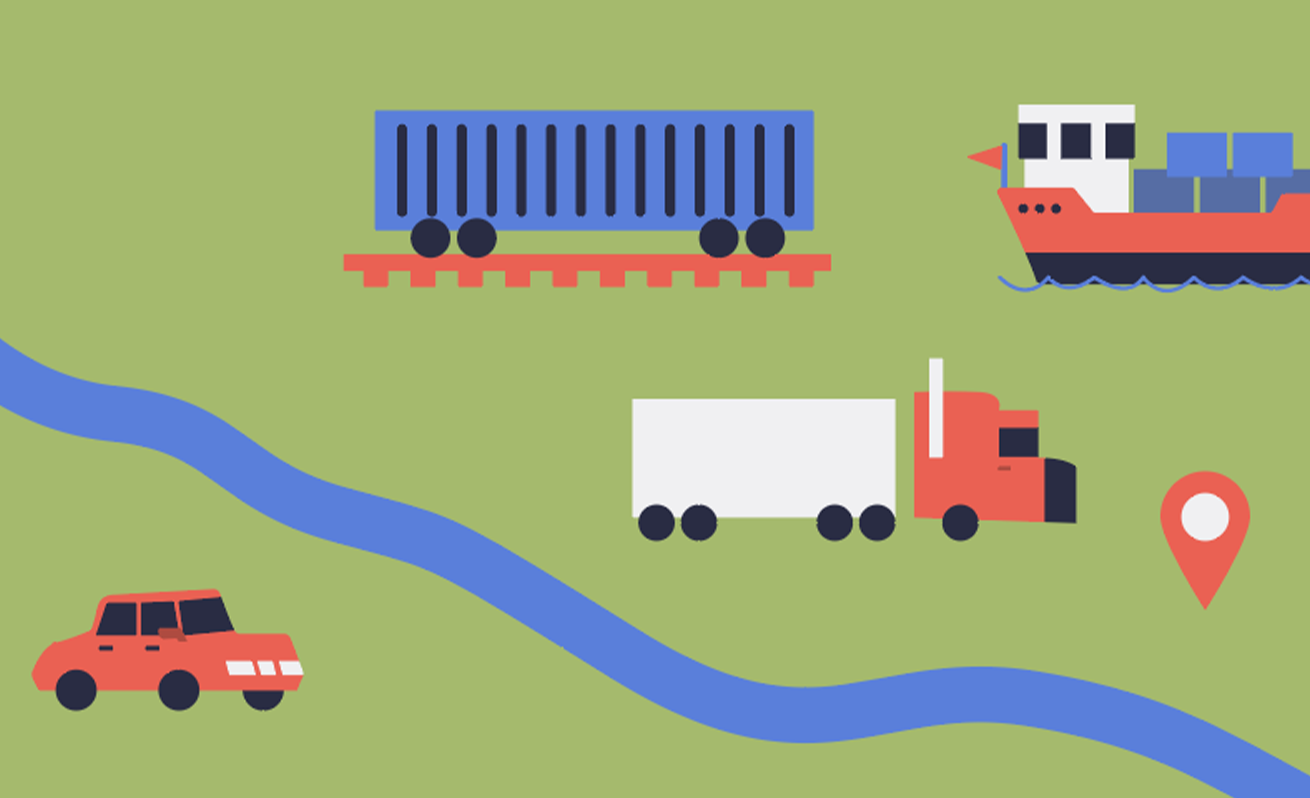 A port with an annual cargo tonnage of 1 million each year. An international bridge with expert personnel and facilities ideal for protecting produce from the Texas heat. An airport with six carriers to connect people to anywhere in the world.

Exciting growth and an ideal location make Harlingen not only the hub city of the Rio Grande Valley, but also the region’s vibrant heart. The Harlingen Economic Development Corporation brought the leaders for the Port of Harlingen Authority, the Free Trade International Bridge at Los Indios, and Valley International Airport together to reflect on their recent growth.

“By definition alone, a hub is the center of the wheel and really when you look at the Rio Grande Valley both from a geographical standpoint and from a population standpoint, Harlingen is located smack dab in the middle of the Rio Grande Valley,” said Marvin “Marv” Esterly, director of aviation for Valley International Airport.

“Harlingen is a hub city — it’s the center of the Rio Grande Valley,” he said. “It has access to all four modes of transportation by rail, road through I-69, U.S. 77 and 83, by air, and also by water through the Port of Harlingen.”

According to the Port of Harlingen Authority’s website, the port occupies more than 2,000 acres of land that includes 650 feet of dry cargo wharf, 100 feet of dry bulk wharf, and five docks. The port has seen growth recently, particularly in its role to aid the trade of petroleum.

“There’s been a significant increase in demand for fuels in the area and we’ve been a part of that supplying most of the fuel for the region,” Smith said.

That growth translates to a boost for Harlingen itself, a recent economic impact study found.

“It shows 525 direct jobs, a total of 1,200 jobs,” Smith said. “Close to $100 million in revenue for the businesses in and around Harlingen, as well, so the port’s had a significant impact on Harlingen.”

“It had an impact of 4,500 jobs that equaled $150 million in salaries,” Esterly said. “The total output of Valley International Airport: around $430 million.”

The airport recently added Frontier Airlines, which has direct flights to Chicago and Denver, as well as a direct American Airlines flight to the Dallas-Fort Worth airport.

“Boy, it’s pretty staggering the growth that’s going on at Valley International Airport right now both from a passenger standpoint and also a cargo standpoint,” Esterly said, adding that passenger traffic had increased 19 percent in the past few months. “With the growth that we’re seeing at the airport, that again is a direct indication that the economy of the Harlingen area is doing pretty good.” 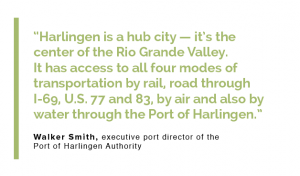 Josue Garcia Jr., the Cameron County bridge system director, has seen traffic pick up at the Free Trade International Bridge at Los Indios in the last year for both commercial and vehicular traffic, likely due to the improvements that have been completed on the crossing.

The bridge has two USDA entomologists and one plant pathologist to keep an eye on harmful insects and plant diseases, respectively, that might be present in produce crossed into the United States. It’s the only port in the country to have that kind of scientific oversight, Garcia said.

“We’re considered a full-service bridge because we have everything that is needed for the consumer to use or requires and CBP [Customers and Border Protection] requires,” Garcia said.

That includes the cold storage facility at the crossing, which has been in operation for about a year.

“Since the cold storage room opened up, we have seen a 15 to 20 percent increase in our commercial traffic,” Garcia said, adding that the increase was seen in produce. “The users have commented that they really like this one in particular because the storage maintains the degree of the temperatures that are required for the produce to stay frozen, so they’re using our port more and more because it’s a good service that we’re providing.”

Garcia looks to the future, knowing that the bridge has room to grow. Bids will soon be opened on adding a third northbound lane specifically for commercial traffic.

“This will greatly enhance the wait times to almost no wait time for commercial traffic coming north,” he said.

With all of the vital commerce flowing through Harlingen’s various veins — roads, flights, rails, and waterways — the city is poised for an even brighter future.

“Residents, businesses, business owners should be excited about what’s going on in Harlingen,” Smith said. “We’re getting a lot of looks from industries outside of Texas wanting to come into the Rio Grande Valley and Harlingen specifically because of the connectivity that we provide as well as the multimodal infrastructure that we can provide.”

For more on the Harlingen Economic Development Corporation, go to harlingenedc.com/. Learn more about the Free Trade Bridge at Los Indios by visiting www.co.cameron.tx.us/bridge/free-trade-international-bridge/. Read more about the Port of Harlingen Authority at portofharlingen.com/the-port/. To learn more about Valley International Airport, go to www.flythevalley.com/.