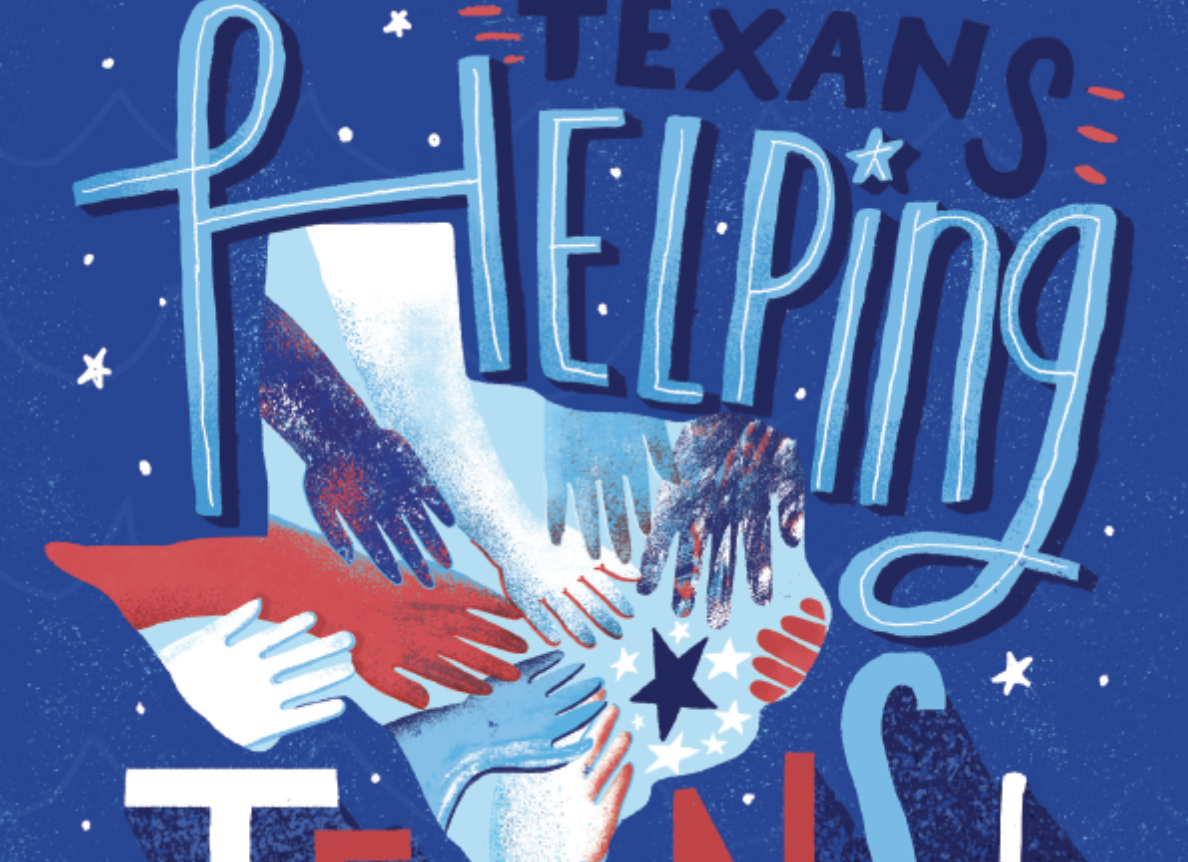 Hurricane Harvey made landfall Aug. 25 on the Texas coast. The hurricane was expected to hit the Rio Grande Valley, but made a last-minute curve up the coastal line. While we were fortunate to not have been part of the path of destruction, we as a community — and a state — felt its power.

Here in the Valley, we opened our doors and hearts to friends, loved ones, and acquaintances. Many people lost their homes and everything they had spent years to work for. But it wasn’t the material objects that mattered, it was the desire to bring back normalcy, to have a home — something we often take for granted.

We witnessed their loss, saw their pain, and knew that we needed to join forces to help bring relief.

One of the teams to mobilize was the RGV Mud & Sand Recovery, a local group of 26,815 Facebook members, who make themselves available at a moment’s notice to help others in need of mobile recovery. Joel Hernandez, a member of the group, led the convoy up to the Rockport area. He said that the “days were long, it was raining” and that the area was “still getting outer band of the hurricane. It was total destruction.”

In the face of devastation, “it was a sigh of relief knowing that people from all over Texas (were) going out of their way to help people,” he said. “We were handing out water supplies and food, whatever we could possibly do.”

The Valley shows its heart

The RGV community reached out to the American Red Cross of South Texas, and in 10 days, the organization recruited and trained 500 volunteers. These individuals were prepared for a 14-day deployment to the affected areas in order to relieve human suffering during a catastrophic hurricane.

“The compassion shared between Valley natives demonstrates a strong sense of community within the great state of Texas,” said Danella Hughes, executive director for American Red Cross of South Texas. “As Texans, we all gravitate to becoming close neighbors throughout the entire state.”

The Red Cross saw the outpouring of everyone wanting to put together donation drives and helping in any way that they could. During the worst days of the hurricane, Hughes received 10 to 15 calls a day from people and organizations who wanted to provide relief. “Texans always helping Texans,” she said.

When the Bert Ogden Auto Group found their team concerned about the their fellow Texans, they quickly joined forces with UTRGV and the Red Cross to put together a donation drive. A 47-second Facebook video post of Natasha del Barrio (CEO) and Robert Lucio (COO) quickly went viral and by that Saturday, hundreds of donations were pouring in. The team started with four 18-wheelers that were provided by Valley Trucking Company Inc. in Brownsville, but it didn’t take long for them to fill the trucks — they had to add three more.

“It was a special moment,” del Barrio said. “I was very proud of our community.”

Lucio reflected on how customers would come to purchase a car and bring with them five to 10 cases of water. He was moved by how many people wanted to help, and was overwhelmed by the support.

Linda Tovar, senior manager of Public Affairs at H-E-B, heard about the Bert Ogden effort, and reached out to provide guidance. “Linda is so engaged and so giving to the community,” del Barrio said. “She was able to offer a lot of good advice.”

Another member of the Bert Ogden Auto Group, Johnny Rodriguez, head of public relations, was reminded about how difficult times bring out the best in people. He saw the volunteers who came together for the #fillthetruck event, and was moved by the outpour of support. “You know, hard times don’t create heroes,” he said. “It is during the hard times when the ‘hero’ within us is revealed.”

Tovar noted that on Sept. 6, the H-E-B Emergency Response Team was mobilizing its Disaster Relief Units and H-E-B Mobile Kitchens to redeploy on the Gulf Coast. She noted that hundreds of partner volunteers continue to support in areas throughout the Gulf Coast and Houston, helping with store recovery and community relief efforts. These partner teams handed out truckloads of supplies, including more than 40,000 hot meals; 75 truckloads or 150,000 cases of water; 21 truckloads or 75,600 bags of ice; and 4,000 bags of cat and dog food to people in devastated communities including Beaumont, Houston, Refugio, Victoria, Rockport and Aransas Pass.

Hernandez, from the RGV Mud & Sand Recovery, is a Florida native and has family and friends in Miami. “Luckily Miami didn’t get really hard,” he said, but the Florida Keys are “completely demolished, obliterated.”

It will take time, years, to recover and to rebuild.

The Valley has shown its dedication to helping the relief efforts here in Texas. We understand how lucky we are to not have incurred the destruction of Hurricane Harvey, and have embraced this opportunity to help improve the lives of others. As we to look to the future, we are advised to always heed public announcements for necessary preparations and evacuations.

We have witnessed the powerful forces of nature, and must use our strength as a community to support those who were affected by the recent hurricanes.

For those who want to continue to help, there are a number of ways to contribute. Ask your local relief organizations, and reach out to larger organizations like the Red Cross or Habitat for Humanity.

Monetary donations are continuing to be accepted, and are often the easiest means to provide help, as there are no shipping costs and physical logistic concerns. Some organizations for consideration: