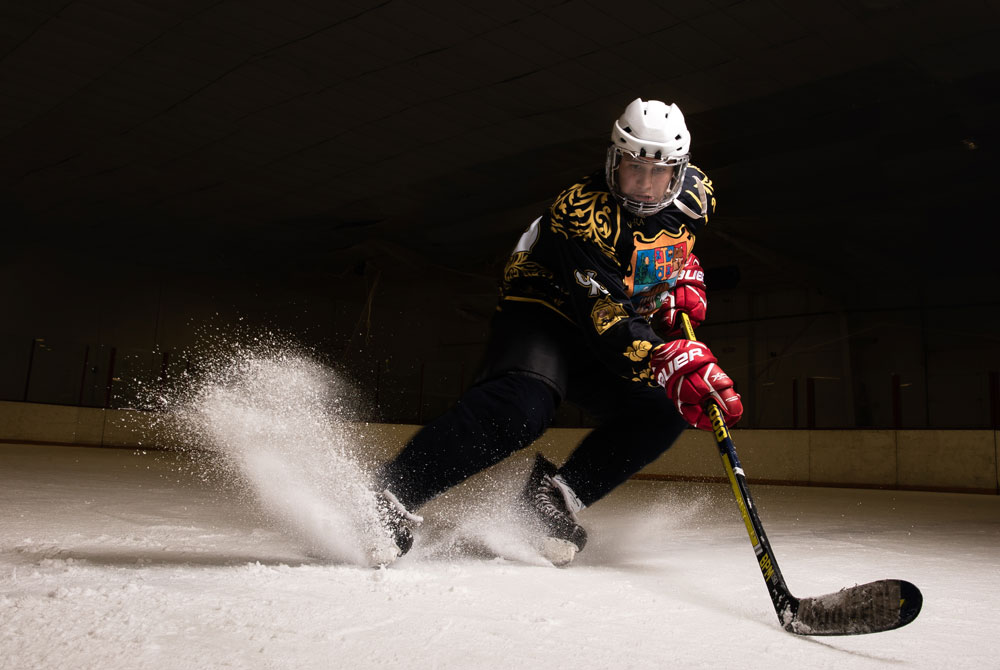 Ice, cold, skates? Not what immediately comes to mind in the Rio Grande Valley. But there’s a community of skaters and hockey enthusiasts who are hitting the rink and creating excitement about ice hockey and the unique environment it exists in. 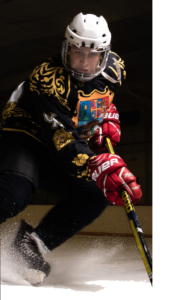 Bruno Arjona grew up playing ice hockey at Frio Grande Valley Ice Skating Center. He first joined the local Junior Killer Bees team at age 8, and now 15 years later is helping coach the team. His experience growing up playing for the team helped shape his childhood and enabled him to travel the world participating in various competitions. Bruno remembers that when the Killer Bees first came down to the Valley, it was something entirely new and “it was so unique and different than anything I’d ever seen.” He says that there was excitement at every turn.

The small close-knit community of ice hockey players became a second home for Bruno. His teammates were like family, and he traveled with them to compete in IIHF World Junior Championships in places like Bulgaria, Taiwan, Turkey, and New Zealand. His team placed third in two different championships, and the memories of his travels make Bruno forever thankful for having had the opportunity to compete.

These days, in addition to coaching the youth teams, you can find Bruno playing in the McAllen Adult Hockey League. He plans on competing with the Mexico men’s national hockey team, and growing his skills in the sport. The excitement of ice hockey, the fights and physicality, and the sportsmanship, “when the bell rings you shake hands,” make Bruno “plan to play until my body will no longer let me.”

In recent years there have been changes with the ice hockey teams, and now there are two Junior Hockey teams, the Killer Bees and the Texas Lawmen, who have helped re-spark the interest of kids. Bruno says that a lot of kids ages 8 to 11 are participating in the sport, more than he’s ever seen before. He believes that it’s “a really good sign for what’s to come.” 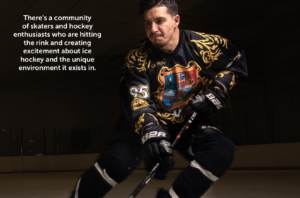 Craig Lewis started playing ice hockey in Canada when he was 3. When he moved down to the Valley over 20 years ago, he saw a void. He started coaching in-line hockey in Harlingen, where his 14-year-old team won a national championship.

The opportunity to develop a new skating rink came with the persistence of the City of Hidalgo, who secured grant money and a bank loan to build the Valley Ice Center. Once the rink was established, then the Killer Bees, a professional ice hockey team, was established. In its heyday, the center would bring in crowds as big as 5,600 and helped bring a whole new sport to the RGV. Craig became the president of the foundation that oversaw the Killer Bees, and they were able to use the money from the adult team to create and fund the youth hockey team. 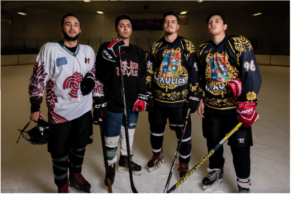 Overtime there was a shift in the ice hockey culture, as city teams dissolved it became more difficult for his team to travel. Craig recalls how “we had a year where there was no hockey,” but that now there is a junior team in McAllen, Wichita, Laredo, and Hidalgo. He says the biggest challenge that they face is that ice hockey is an expensive sport. In addition, the distance that the Valley faces to other parts of the state and country make it more difficult to travel for competitions. But despite any setbacks, the local team league participates every year in tournaments in Houston and San Antonio. He points out that there are a lot of players from Mexico, which makes the team even more unique.

Craig says that “countrywide ice hockey is growing.” His hopes are that it continues to exist here in the Valley and adds that “it’s my form of exercise and entertainment.” There is a group of Winter Texans who play twice a week and it’s good to hang out and to workout. There are a lot of young players who play and enjoy it, including his granddaughter.

For those who might not want to play ice hockey, but who are interested in skating recreationally, the Valley Ice Center has designated times when it’s open to the public. The center is also utilized for figure skating, available to rent for parties, and fieldtrips. You can view the schedule and learn more at www.friogrande.com/.