IDEA College Prep Donna has taken the familiar term “reaching new heights” to a whole new level.  IDEA Public Schools opened in 2000 with a simple goal: getting 100% of its students into four-year colleges.  The school’s motto is “College for All Children.”  This June, IDEA enjoyed several firsts, including graduating its first seniors from IDEA Quest College Prep in Edinburg and IDEA Frontier College Prep in Brownsville.  Additionally, IDEA College Prep Donna graduated its first class to test under the rigorous International Baccalaureate program.  This fall, 149 IDEA graduates are enrolled in their first year of college.  As the school presses on for hard work, a strong work ethic, and rewarding academic pathways, it has seen some shining achievements and staggering stories in students like Alma Provencio of Weslaco.

Alma Provencio entered IDEA College Prep Donna in the 6th grade.  At the time, her parents did not speak English and could not read.  Her father, a citrus caretaker, had only attended kindergarten, and her mother, the oldest of 10 siblings, cared for her younger brothers and sisters as a child and was never able to attend school herself.  But they each encouraged Alma to follow her dreams, study hard, and reach further than a high school diploma, as they embraced IDEA’s goal of college for all students. 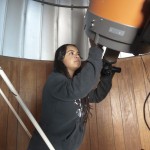 The family lived on a small ranch in Weslaco, and Provencio’s father would take her along on walks as he watered and tended the orange grove trees in the cool of the Valley evenings.  In the middle of the grove, Provencio would look up and notice the details of the sky away from the city lights that would ordinarily mask them.  She made it a habit to describe everything that she saw to her dad.  Seeing what an impact this simple act had on his daughter, Mr. Provencio saved up enough earnings to take his family on a trip for their first vacation outside of the Valley.  Alma realized her passion for astronomy in elementary school as she, wide-eyed, toured NASA’s Johnson Space Center in Houston, which is the home of astronaut training and Mission Control.  Alma knew then what she wanted to do for the rest of her life; she wanted to be an astronomer and work at NASA. 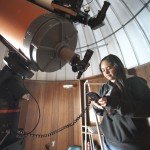 The first step toward one day realizing her dream would be to study hard.  And study hard, she did.  Provencio would stay up until two and three o’clock in the morning focusing on her schoolwork.  Looking back, she says she is so appreciative of how her IDEA teachers interacted with their students and treated them like family.  The teachers valued and recognized the hard work students put forth in the classroom and insisted that students do their best on every single assignment. 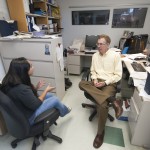 One such teacher recalls Alma’s time spent in her classroom: “Alma is a quiet, reflective person.  She is never the first one to speak her mind in a class debate; instead, she likes to weigh the arguments, listen to the various sides, and then express her opinion.  When she does speak, she is not shy and speaks with conviction and often some passion.  She is a young woman who knows her mind.  This deliberative quality made her a pleasure to teach for the three years she was my student,” states Abigail M. Garland, IDEA College Prep Donna’s 11th and 12th grade International Baccalaureate Social Studies teacher.

Alma feels the hard work she exerted at IDEA has certainly paid off.  At age 18, she is on scholarship in the first semester of her freshman year at Villanova University of Pennsylvania and is majoring in Astronomy and Astrophysics.  She says she feels blessed to have found a second home in Pennsylvania and to be part of a small family in her Astrophysics department. 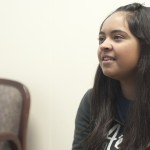 “I am part of something here that will keep going, and I want to share what I am learning with my family and friends.  I hope future generations of IDEA students will extend their borders and be willing to try something new.  Ultimately, I hope they get to learn as much after high school as I have been learning.”

Provencio’s academic career has taken her far from home, but it has always kept her close to the dreams she had as a little girl, gazing up at the night sky amid a grove of orange trees.   Alma plans to one day work as a NASA scientist.  And as an outstanding example of overcoming hardships and shifting your family’s educational trajectory, I see her shining a new light on what it means to really be reaching for the stars. 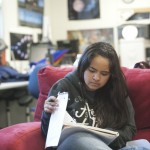