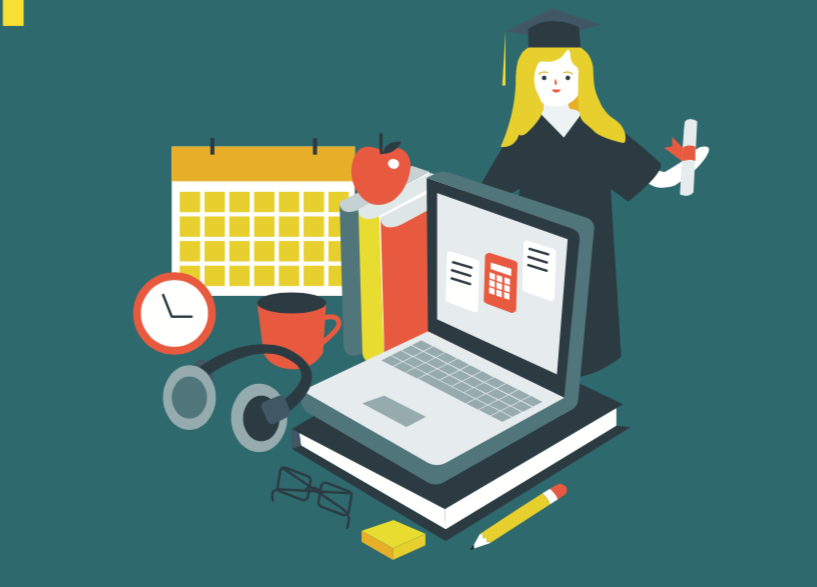 Since the beginning, IDEA Public Schools has made its mission clear: a college education for all of its graduates. IDEA’s phenomenal college acceptance rate is a testament to that mission, but now it is going the extra mile to make sure that IDEA alumni are making it all the way through their college education.

For many of us, life often gets in the way of our dreams and goals. There can be many reasons why people lose track of or give up on their dream of a higher education. Financial difficulties, time constraints, and family obligations are just a few, but the leaders at IDEA are committed to supporting alumni through the obstacles that stand between them and their college degree.

IDEA-U is a program that was launched last fall to give students a second chance at college. The hybrid of online and in-person education is specially designed to allow students to study at their own pace while maintaining their work and family obligations. The in-person aspect gives them the extra support and guidance they need to stay on track and focused.

Life happened to Rafael Figueroa, and his dream of a college education was cut short. While working full-time at a convenience store, he would run into people he went to school with who were graduating college. He had left college four years ago, and when he would see them, he would think, “I just need to graduate, I need to continue.”

When he received a phone call about the program from Maria Esther Rodriguez, the director of undergraduate persistence, he was hopeful for the first time in years. “I really didn’t plan to go back to college, so when I heard about IDEA-U, I wanted to continue my education,” he said. “I wanted to have a bachelor’s degree so I can find a career instead of just working at the place I was working at.”

Figueroa attended an informational meeting and after having the program explained to him — the flexibility, the affordability, and the in-person support — he was excited to start. “At first, I thought it was going to be hard since I was away from university for about four years, but I got a lot of support from the interns and the academic advisers, which I saw every week,” he said.

The IDEA-U program is project-based, which allows the students to complete a degree at an accelerated pace. Figueroa finished his associate degree within nine months, and is now working on his bachelor’s degree.

The blend of online curriculum and in-person direction and support are well-suited to working adults. The curriculum is administered through College for America, an online institution associated with Southern New Hampshire University. The in-person component consists of a physical location in Weslaco where the students are required to spend 12 hours per week participating in study groups or independent study, and advisement sessions.

“In the traditional college, I actually never saw my adviser,” Figueroa said.

The flexibility in the required hours of attendance really helps full-time workers. At one point, Figueroa could only go to the center on Fridays and Saturdays. The office has night and weekend hours in addition to the normal business hours.

As most of the students enrolled in IDEA-U have been away from the classroom for awhile, and online learning may be new to them, there was an introductory period built in. The program launched in October 2017, but August and September were used for academic onboarding where students got a chance to tune up their academic skills in English, writing, and math.

“You get to see if online college is for you,” Figueroa said of the onboarding initiative. “For some people, it is not for them.”

IDEA-U has also given Figueroa an added element to his education. He now has an internship with the program where he is honing his business and communication skills in real world situations.

“They send me out to recruitment meetings, show me how to interact with students and how to help them with their projects,” Figueroa said. “They’ve pretty much helped me out in all the areas that I wanted to work on.”

IDEA-U is currently recruiting new cohorts every three months. It started with 54 students in the first cohort, and plans to expand to over 100 by the end of the year.

Figueroa recommends IDEA-U to anyone who has been diverted from their goals by life circumstances.

“Before IDEA-U, I didn’t know what my plan was, but now I’m halfway there and I can see how this program really is helping me obtain the bachelor’s degree that I really want,” he said.