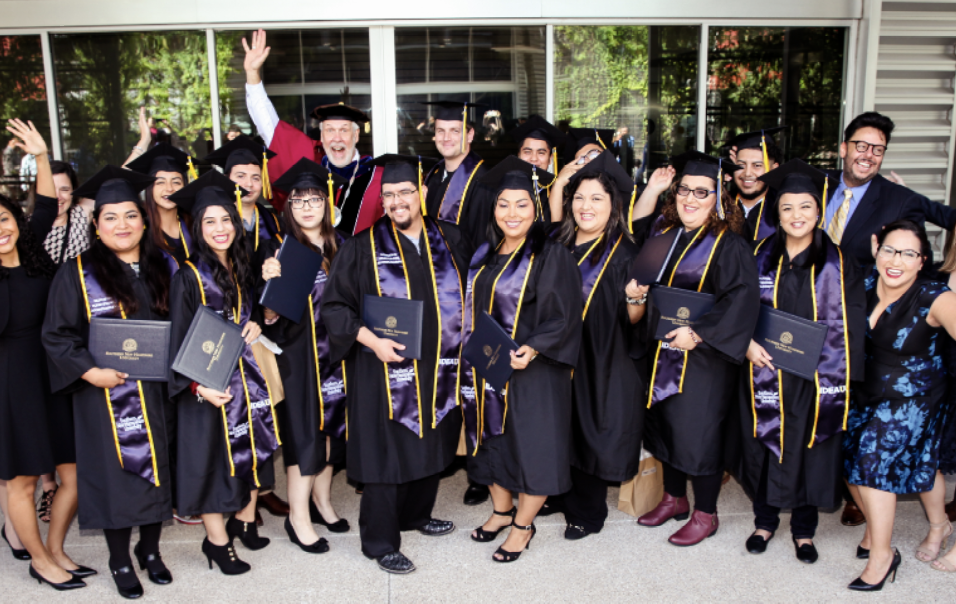 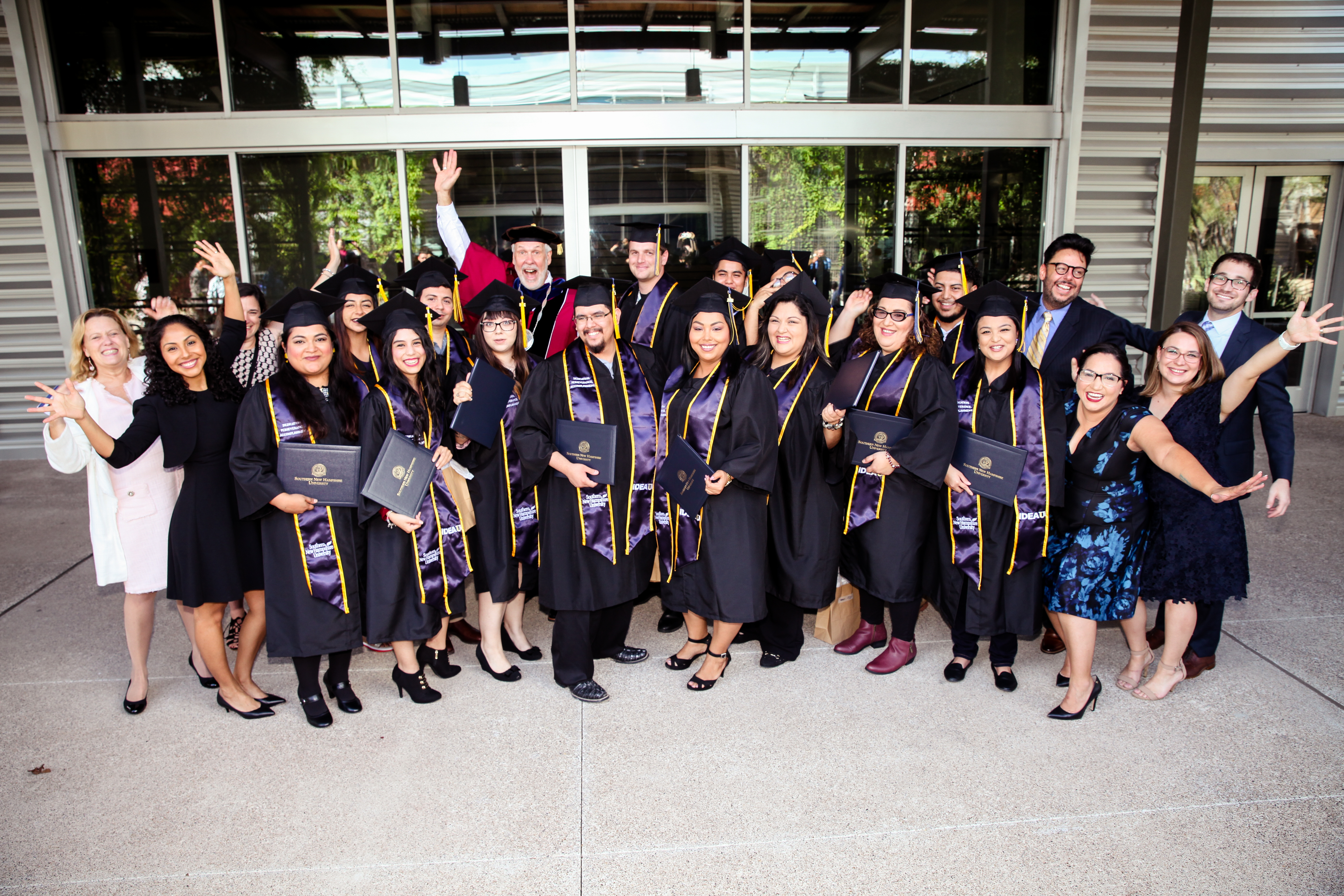 IDEA-U is an alternative, accelerated route to a college degree, originally designed to support IDEA alumni whose full lives, changing work schedules, and family obligations have not allowed them to finish college. It has since expanded to include IDEA employees and the general community.

“We found that the flexibility, the affordability of the program, and all the support that they get via their in-person adviser worked really well for lots of students,” Rodríguez Nguma said. There are many aspects of life that can get in the way of getting a college degree in the traditional way.  Many students find that work and family obligations take priority over their schedule. 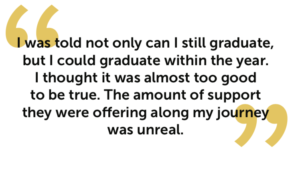 Grace Hernandez, a recent IDEA-U graduate, had tried the traditional path to a college degree, but had scheduling conflicts often. “Working made it difficult to find courses to fit my schedule,” she said. “When I tried to go back to school, it meant that I would have to miss work or quit my job and that wasn’t an option.” The flexible schedule and support allowed Hernandez to finish her bachelor’s degree in record time.

Another recent IDEA-U graduate, Jesse Melgoza appreciates the affordability of the program. “Even taking one class at a time proved difficult to pay for,” he said. “I got two jobs and still couldn’t save money to pay off an emergency loan I had gotten the semester before. I just couldn’t save up the money — things kept breaking or sudden bills kept appearing.” He was frustrated at not being able to finish his degree at a traditional school, but now, after only a year, he has his associate degree and is a passionate advocate for IDEA-U.

Loryna Garza, a wife and mother of two,  didn’t hesitate to put in the work she needed to in order to get her degree. “You are in charge of your own destiny and success rate,” she said “At the same time, you have the encouragement of an entire staff. Your success is their success. I am so grateful for the help and encouragement I’ve received at IDEA-U. They are staffed with the most caring and helpful staff I’ve ever encountered.” 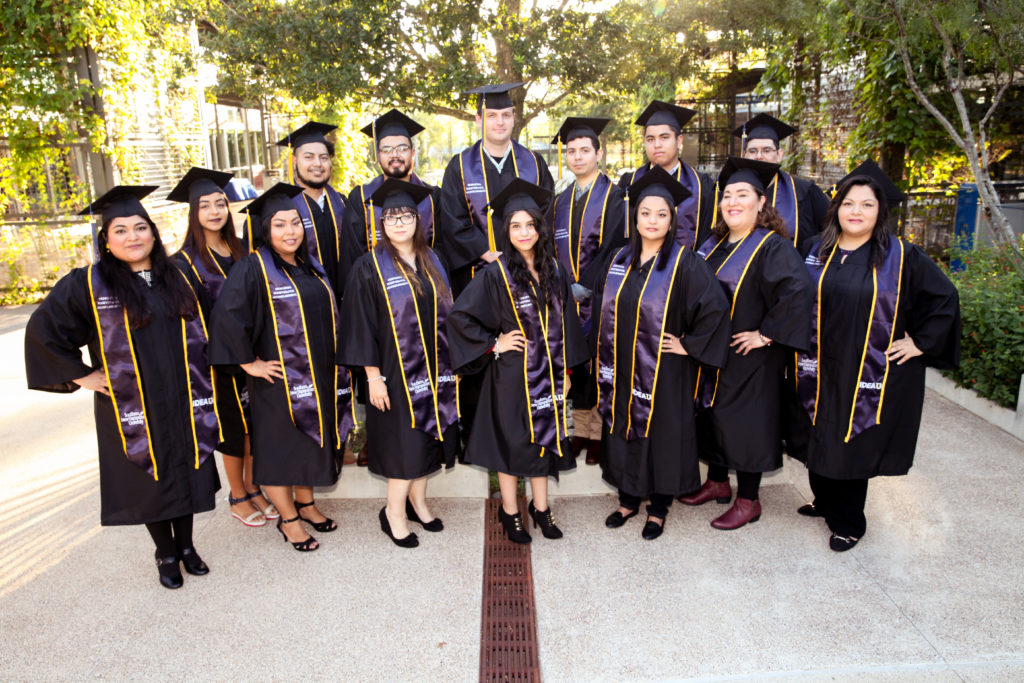 Priscilla Rodriguez encourages anyone who wants a degree to try this program. She earned her associate degree in 10 months after being away from college for 15 years. “This program is excellent and the only way I feel you would not be able to complete it is if you don’t want to,” she said. Rodriguez added that the program is flexible enough to accommodate anyone’s busy schedule, noting that she is a single parent, works full-time, and was able to work her studies into her life and graduate in no time at all.

The IDEA-U program is project-based, allowing  students to accelerate toward their degree. Many of the students are surprised at how fast they can progress. Stephany Rincon recently earned her associate degree. “I was told not only can I still graduate, but I could graduate within the year,” she said. “I thought it was almost too good to be true. The amount of support they were offering along my journey was unreal.” With all the support she received, she was able to finish the associate degree in seven months and is now working on her bachelor’s degree.

As part of their efforts to empower Rio Grande Valley residents with flexible, affordable education, IDEA-U is offering up to 100 scholarships to Rio Grande Valley students who are part of the Deferred Action for Childhood Arrivals program. “These scholarships will cover all tuition and fees for the program as long as they remain in good standing with the program by submitting weekly assignments, meeting with their adviser, and working on their school work for 12 hours per week at the center,” Rodríguez Nguma said. There is also a limited amount of other scholarship funds budgeted for other students who may have a financial aid gap.

These  16 IDEA-U graduates are just the beginning of many to come. “Weslaco was the original site, which opened its doors a little over a year ago, and we welcomed the first 54 students in 2017,” Rodríguez Nguma said. “Since then, we’ve opened up two new centers: one in Brownsville that is serving lower Valley students, and another one in San Antonio.”