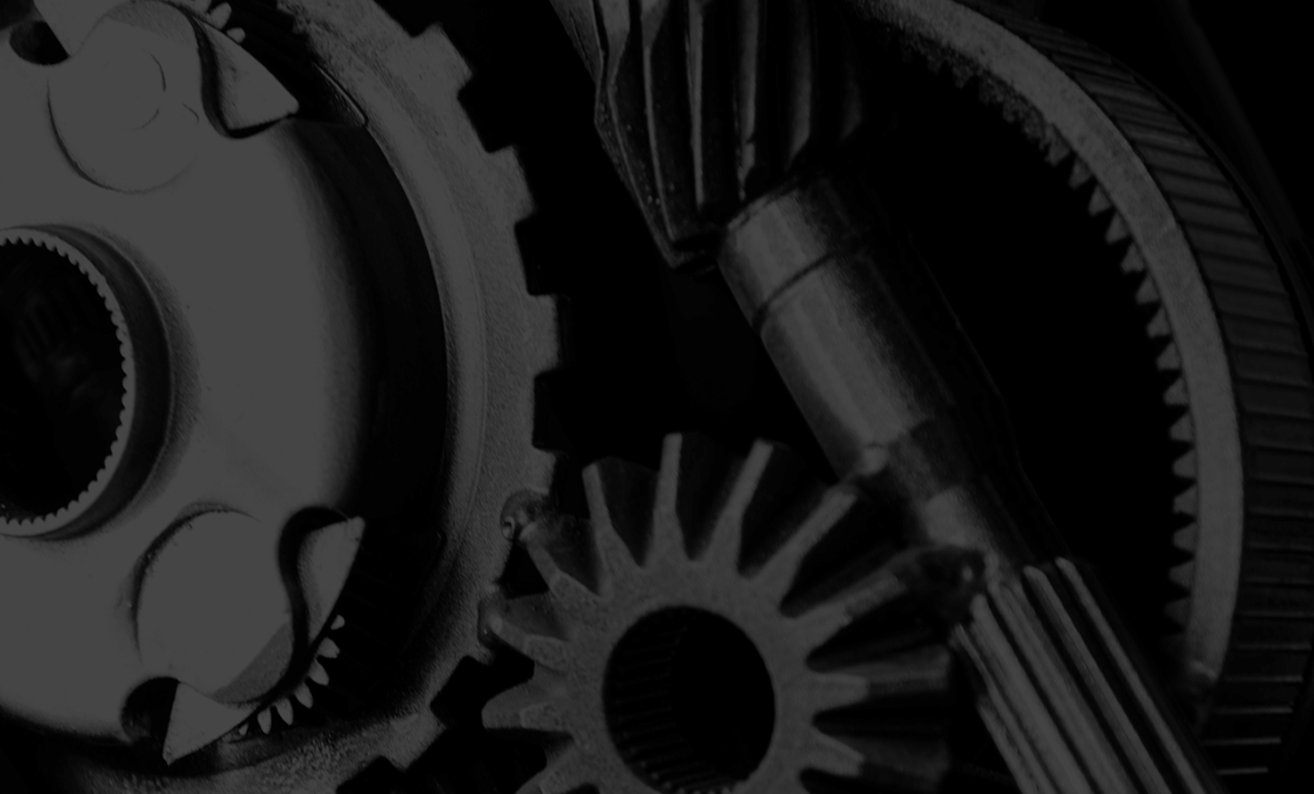 With hard hats come hard challenges. It’s all part of the job.

But for the mechanical engineers tasked with solving some of the world’s toughest technological problems — from smartphones to submarines to rocket ships — it’s as much about passion as it is about perseverance.

“You always have a different problem, so it’s a challenge,” says South Texas College alumnus Efrain Delgado, now a customer support DUV engineer II for ASML, one of the world’s leading manufacturers of computer-chip-making equipment.

ASML’s clients include Intel and Samsung, who make microchips that go into virtually everything — from robotic arms to the device you may be reading this article on. For the past three years, it has been the STC grad’s job to make sure the complex chip-making machines are running in top shape.

It’s a fast-paced job that entails analyzing data, troubleshooting problems, making repairs and performing upgrades. Delgado loves the focus on rigorous critical thinking, and looking back, he traces his passion for mechanical engineering to his start at South Texas College.

“My story is actually funny because when I was in high school, I wasn’t really a ‘school person,’” recalls Delgado, who took a four-month break before dipping his toe in at STC for one semester. Not yet convinced, he moved north to earn money in the oil fields, but realized that wasn’t the right path for him, either.

He knew the answer to his future was back at South Texas College, so he retraced his steps. With the help of his advisors, an innovative plan began to emerge. He decided to pursue his passion for math and science through STC’s engineering program.

“That’s when I applied myself to school,” Delgado said. “It was the smart thing to go to a community college, then transfer to a university to save some money.”

The more he explored engineering, the more certain he became that it would be the foundation for his future. But with six distinct engineering tracks available through STC’s versatile program — civil, electrical, computer, chemical, petroleum, and mechanical — an important choice remained.

Citing its elegant combination of hard physics and open innovation, Delgado gravitated toward mechanical engineering. For an independent-minded student, the program represented a place not only to apply his skills, but also to satisfy his yearning for exploration.

“I’ve always been a curious person,” he says. “If you have the desire to learn and create new things, that’s basically engineering, and that’s what caught my eye.”

Many of STC’s mechanical engineering classes are project-based, and Delgado particularly remembers enjoying the labs involving bridge-building and the analysis of force. Other highlights included designing machines and tools using state-of-the-art equipment like 3-D printers, spectrometers, and charge-to-mass ratio apparatuses.

Another game-changer for Delgado was the one-on-one attention he received.

Delgado remembers having energetic and engaged professors at STC — most memorably Dr. Guanghua Xu, who presides over some of the department’s most challenging physics classes. “He will take his time and explain things to you in detail and make sure you understand everything.”

According to Delgado’s favorite professor, the abstract concepts in his physics classes don’t always come easy. In fact, they often require a totally new way of thinking and studying.

“Efrain did well in the transition and took on the challenges of solving various complicated questions,” said Xu, who was proud to see his student ace his classes and venture on to achieve his goals. “I am so honored to be a very small part of his success.

“As an educator, his success also makes me feel that my efforts are worthwhile.”

One benefit to South Texas College’s small classes was the inherent camaraderie between engineering students. To help each other see different perspectives, the students would hang out, do homework, and study for tests together. For Delgado, that connectedness would prove invaluable.

“The classes are really hard,” he said. “If you try to work by yourself, sometimes you can get stuck.”

“You could just go in there and grab a table,” he recalls about the comfortable atmosphere. And if the study group’s collective brainpower ever floundered, they had options. “Whenever we had problems with some homework, the tutor would help us out.” 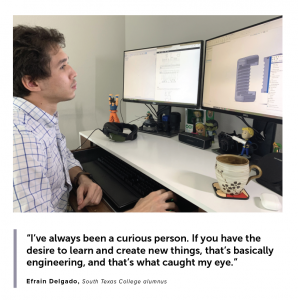 According to Delgado, the program’s “connected” philosophy has always started at the top. As a student, he remembers being approached by the head of the department, Dr. Enriqueta Cortez, with information about a STEM scholarship that would help cover his two years at STC. The gesture was routine to Cortez, now the Assistant Dean for Math, Science & Bachelor Programs, but vital to Delgado’s higher education and future.

“It gave me a big sum of money to help with my tuition,” he said.

When it comes to student support, Cortez says it’s a team effort, involving deans, faculty, and success specialists, all working in harmony to help students like Delgado overcome challenges and succeed.

“We do our very best to help guide them through their educational experience,” Cortez said. “I am extremely happy to learn that Mr. Efrain Delgado benefited from these efforts.”

When Cortez started as the Physical Science Department Chair in 2008, the program had 307 declared engineering majors. Fast-forward to this past fall, and that number has nearly quadrupled to 1,110. She’s proud of how the program has grown, and how the College continues to help aspiring engineers reach their goals.

“At South Texas College, every student is important to us.”

It was that high-touch support that helped Delgado excel in his studies at STC, and, eventually, make the leap to UTRGV.

“I was well prepared,” said Delgado, whose credits all transferred without a hitch. More importantly, he was well prepared for his new program, having already developed the skill set to use math, analysis, and teamwork to solve real-world problems.

“With my knowledge,” he says, “I was ready to start on my engineering career.”

Delgado’s seamless transfer process highlights a point of pride for South Texas College, according to current Department Chair Dr. Ravindra Nandigam. Thanks to strong articulation agreements with institutions like UTRGV and Texas A&M, Kingsville, the engineering programs “provide our majors avenues for a seamless transfer into four-year degree programs.”

Delgado was not only prepared when he got to UTRGV — he also was ahead of the game. He earned his bachelor’s degree in mechanical engineering in just two years, and soon after landed his dream job with ASML.

Since then, he’s been problem-solving all over the country, and has even made trips to Asia. “They send me all over the place!” says the proud Jaguar grad, who hopes to be a lead engineer one day.

Though his home base has moved from McAllen to Austin, Delgado says that STC will always be in his history and in his heart.

“It’s a good college, and the right first step to take for your career.”

What was your educational experience like at STC? #JoinTheConversation at facebook.com/rgvisionmagazine.