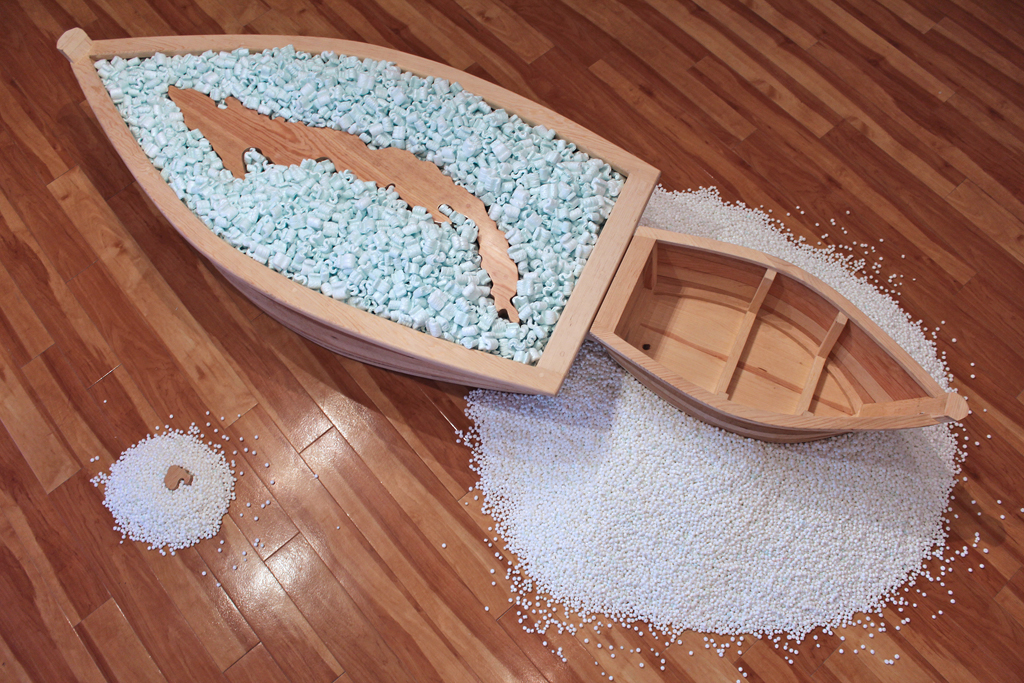 The exhibition Mauricio Sáenz: Of Islands and Unicorns looks at the way modern life isolates us from one another so that we cannot see beyond our own perspective. Sáenz, originally from Matamoros, Mexico, creates elegant, conceptual art work dealing with concepts of impossibility, paradox and the blurring of contradictory forces. Of Islands and Unicorns combines mixed-media sculpture and video installation to explore the idea of the utopic island, which exists only in our dreams, much like the unicorn. Saenz has a MA in Artistic Production from the Polytechnic University of Valencia, Spain, and in 2011 received the purchase award from the Yucatan Biennial in the video art category. He has participated in solo and group shows in the United States, Mexico, Spain, Germany, France, Colombia, Ecuador and Cuba. The exhibition will be on display from December 10 to April 17, 2016. 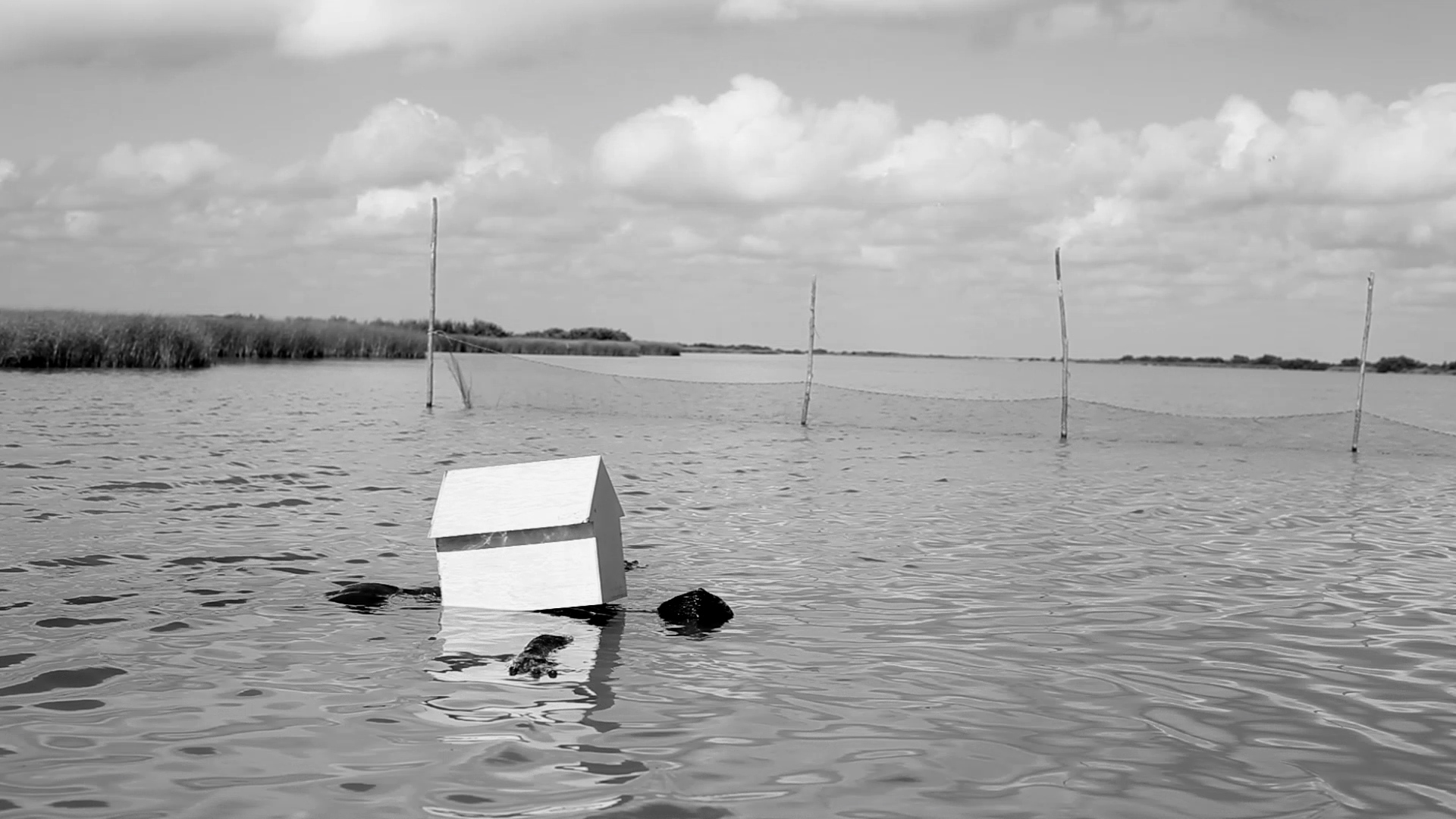 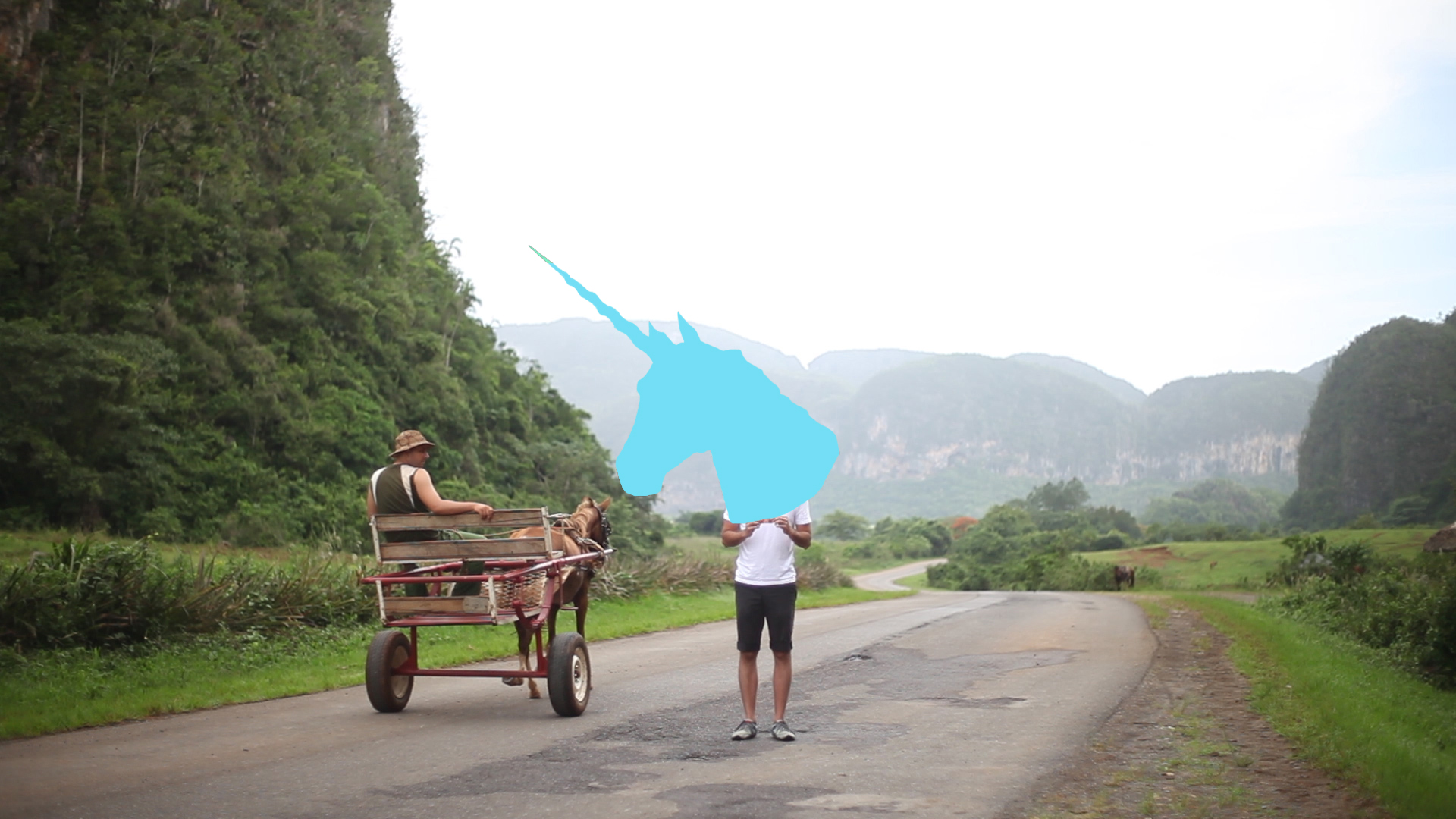 Be on the lookout for ten large-scale sculptures by Dallas artist George Tobolowsky on display throughout McAllen and IMAS. Tobolowsky, following the advice of his professor and mentor James Surls, left a successful business and law career in 2004 to pursue art. Tobolowsky welds abstract metal sculptures from steel and “found objects”— typically industrial metal castoffs from scrap yards and fabrication plants in the Dallas area. He calls himself a “junkyard dog.” The original shapes of the discarded steel dictate the form each sculpture takes. Titles are developed after the works are finished, and all of his carefully balanced compositions incorporate circular elements.  A prolific artist, Tobolowsky has participated in over 50 one-person and group exhibitions during the last decade, and his work can be found in dozens of collections, both public and private. Small-scale sculpture will be on display at IMAS from January 30 to May 22, 2016 in George Tobolowsky: Is This the Road I’m On? 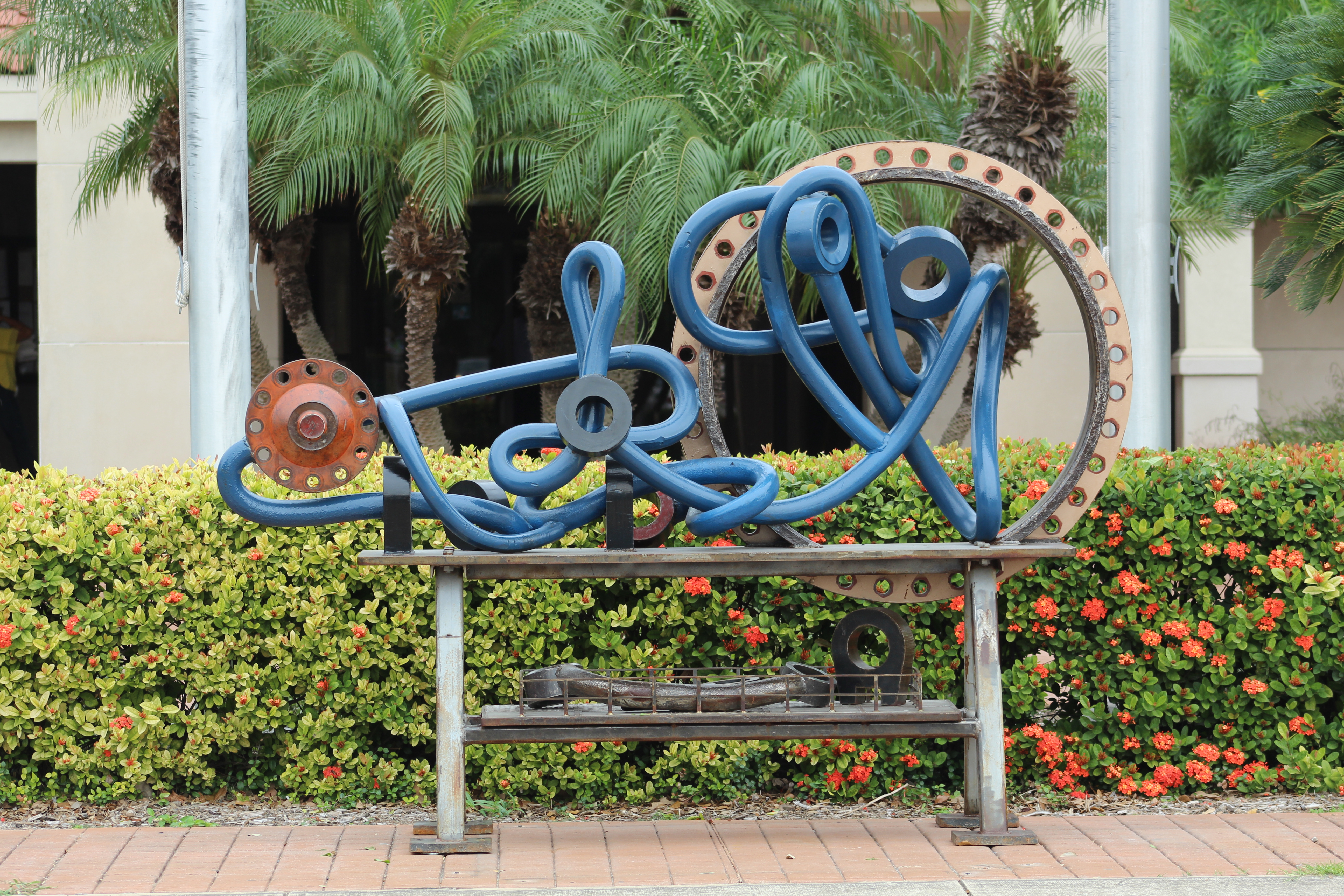 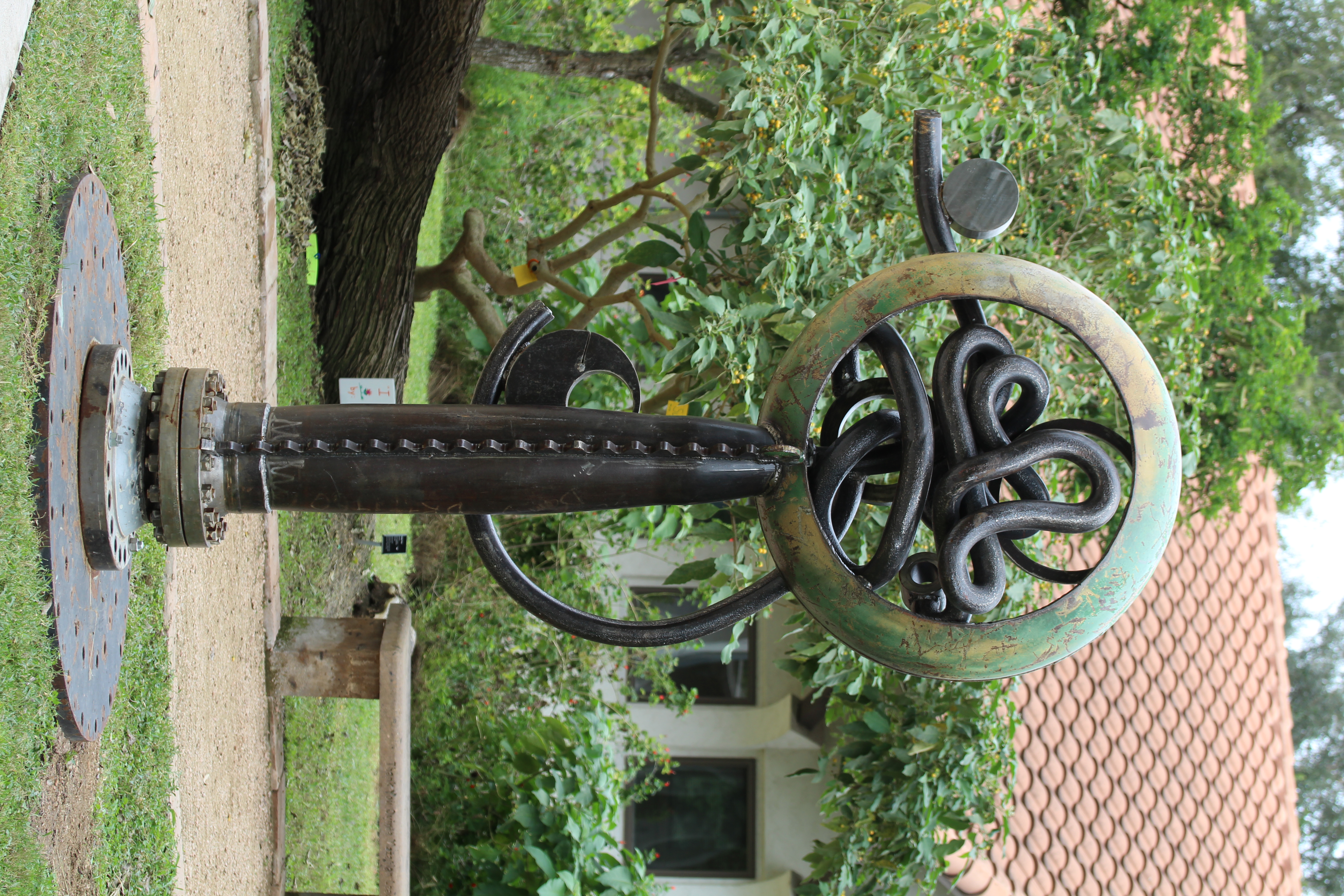 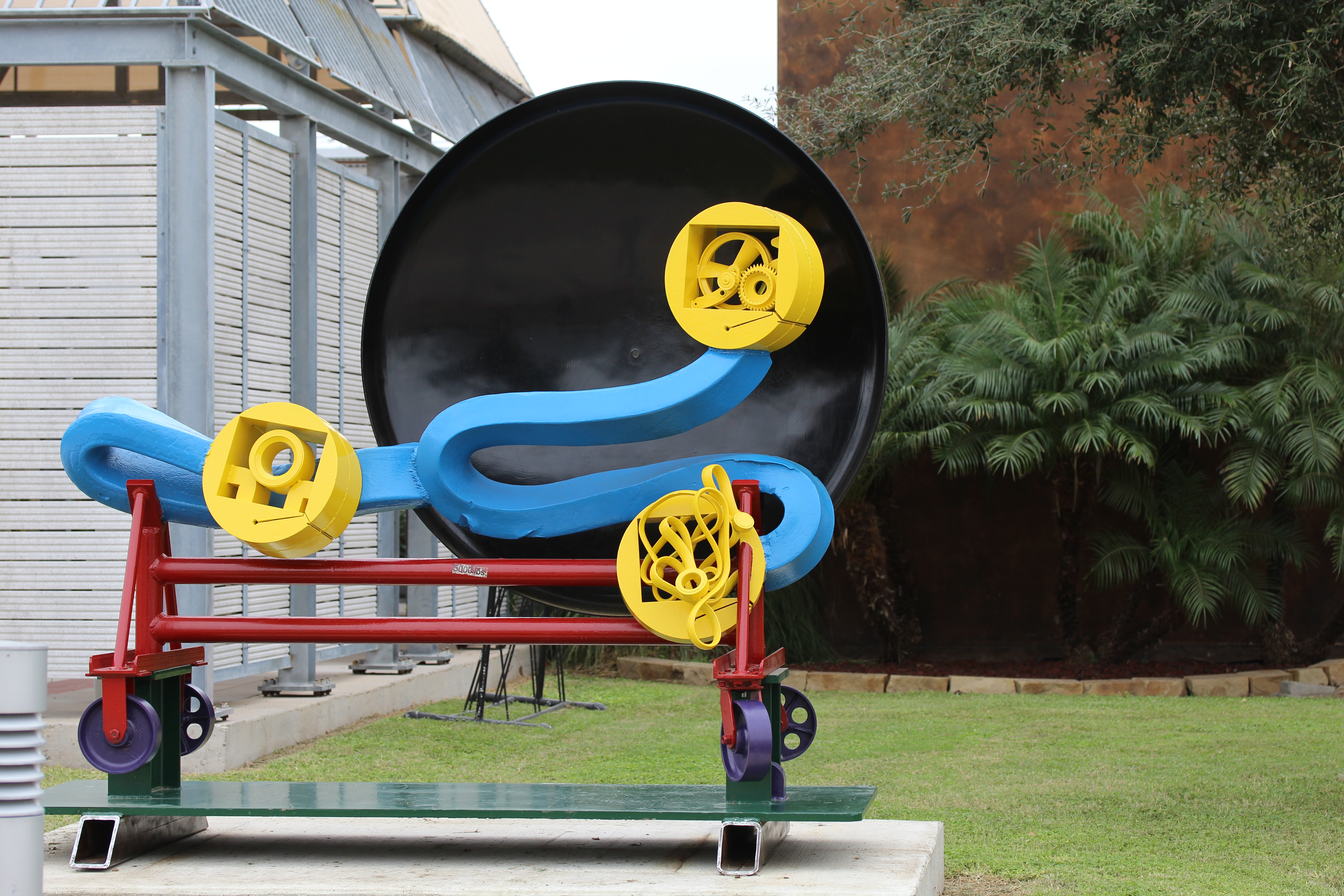 The Magnetism of Mexico City: Select Works from the Kenneth W. Grams Trust is on exhibit at IMAS from December 18, 2015 to February 28, 2016. A collector since college, Grams has amassed a wide-ranging collection including many works by important Mexican and Latin American artists. This exhibition features paintings and drawings by artists all born in or drawn to Mexico City to live and work. Few places have such a rich and long history as Mexico City, site of human settlements for over 2,000 years. The Mexican Revolution of 1910-1920 heavily influenced the artists on display, spurring a cultural renaissance that inspired artists to develop a specifically Mexican artistic language as part of a search for national unity. Mexican modernists including Raúl Anguiano, José Luis Cuevas, Carlos Mérida, Leonardo Nierman and Diego Rivera developed art honoring their native roots and breaking free of European influence. The works on display are representative of the vibrant culture that continues to make Mexico City a mecca for artists and tourists alike.