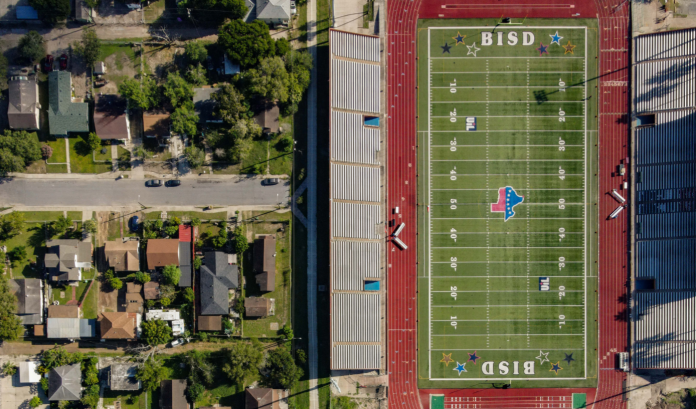 Brownsville Independent School District’s Facilities and Maintenance Departments are responsible for constantly improving and maintaining the district’s 52 schools, and all other district-owned property.

Manuel Hinojosa, district architect, explained the distinction between the two departments as, “components versus whole structure.”

“Facilities is new or large projects from the beginning to the end,” he continued. “It involves taking bids. It could be construction of a whole new school. Maintenance is repair and small projects. It includes replacing air conditioners, painting, and electrical.”

Brownsville ISD has many projects that the facilities and maintenance departments have recently completed, or are currently working on. Many of the elementary schools have new playgrounds this year that were paid for by grants to make them more handicap accessible. As standards for accessibility change from year to year, the playgrounds needed to be updated.

Each elementary school has a mini gym, most of which were built in the 1980s. Many of these multi-purpose areas are without air conditioning. Along with adding air conditioning, the mini gyms will have new bathrooms.

“It is 30-plus different projects, as each one needs individual attention,” Hinojosa said. “They are not just carbon copy projects.”

The mini gyms are not the only area getting new air conditioners. The district is changing out the air conditioning units in 17 school buildings. This project is being funded by an ESSER (Elementary and Secondary School Emergency Relief) grant created as part of the CARES Act of March 2020. According to the Texas Education Agency, Brownsville ISD was granted over $19 million in ESSER grant money. Hinojosa said that approximately $15 million went towards replacing AC units.

“Having an air-conditioned environment is essential to learning, so it qualified for the ESSER Grant.” said Hinojosa.

The historic Resaca Elementary School building is being renovated to make a new technology center. Resaca opened in 1931 and closed in 2021. The building has 12 classrooms and an administration area that will become offices for the technology employees of the district. 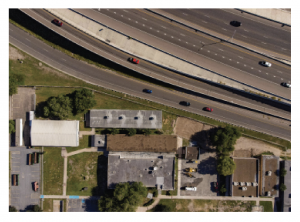 The facilities department’s largest current project is the Sams Stadium improvements. Originally opened in 1957, the stadium was last updated in 1997. Four major areas of concern necessitated the decision for improvements. The American Disabilities Act requires updating to current compliance with any construction project. The other concerns are adequate parking, water drainage, and restroom facilities.

The parking and water drainage concerns are addressed by the construction on the two-block area extending towards Elizabeth St. This area has been cleared of the commercial buildings that once occupied the space and will become a parking lot with underground storage for water drainage. The water will then filter into the city water treatment system. Parking will be above the tanks.

The restrooms in the stadium need to be updated and the number increased to meet current code. The stadium will also be receiving a new front area with new ticket booths and an entry gate.

Hinojosa said that there have been many challenges with this project with the amount of land and various aspects to coordinate — the older utilities infrastructure, and a radio tower to work around.

BISD Facilities and Maintenance Departments have many projects on the drawing board. This includes looking for bids for a parking lot for the Hanna ECHS gym. Also on the drawing board is a new cooler and freezer area, and a new docking area for the Food and Nutrition Department. There is never a shortage of work to maintain and improve the infrastructure of the district’s property.

“Some of the ACs are replaced every 10 years, though we try to keep them closer to 20,” Hinojosa said. “With 52 schools, some of which are 100 years old, we are constantly improving and maintaining.”