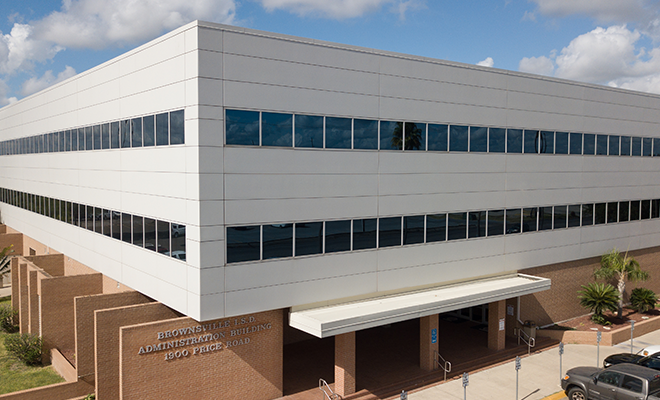 Perseverance, fearlessness, and flexibility are only some of the traits that helped two recently hired educators achieve leadership positions at Brownsville ISD.

Dr. Nereida Cantu, deputy superintendent of business and operations, and Dr. Anysia Treviño, deputy superintendent of curriculum and instruction and human resources, joined the district within the past year. While the women faced hurdles in their journey, they say it was their ability to welcome challenges and continue learning that brought them to where they are right now.

Higher education achievement wasn’t always expected, or even allowed, for many women growing up in the Rio Grande Valley. Cultural expectations often placed women at home raising families rather than pursuing degrees and work opportunities.

Such was the experience of Cantu, who grew up in a family of nine children with a father who did not believe in higher education. But Cantu wasn’t ready to give up on that dream, so she recruited her sister to join her in hopes of putting her father’s concerns at ease.

“At the time, they thought women got married, had babies, and that was their role,” Cantu recalled. “(My father) thought college was all drugs and promiscuity and that it was all bad. So I had to convince my oldest sister to come to college with me.”

For Treviño, college was also a must. While there were several educators in her family, she enrolled in a business degree path, thinking her math skills would be better suited for it. After a few courses in business and finance, she realized that wasn’t for her.

“I then went into education and I recognized immediately that this is where I was meant to be,” Treviño said. “It’s not a job. It’s something that I really feel I was called to do.”

Both Cantu and Treviño had seen the impact of education in their own lives and wanted to help others reach their own goals.

After college, both of them began their careers as teachers, a job they described as rewarding and fulfilling, as they get to see their efforts pay off in many ways. But the job didn’t only demand learning from students, but from them as educators, as well.

Their inquisitive minds and desire to keep learning opened the doors to be considered for new positions early in their careers. While they were up to the challenge, they also saw others who doubted their abilities based on their gender, a notion that didn’t totally surprise them.

Treviño knew she would have to fight harder than many men with similar, or even less, experience to be considered for leadership roles. She also knew she would be judged or interpreted in a different light as male counterparts vying for the same positions.

“Women are just sometimes overlooked, or our passion is sometimes seen as a negative,”

she said. “I think now we are making a dent, but not as fast as we should.”

Cantu also encountered similar stereotypes in her path — what she recalls as a mentality of “males can do better at leading and being a disciplinary.” But her way around that was not to focus on the promotions and let her work speak for itself.

She recalled very early in her teaching career coming up to a principal with an idea about consolidating reports to make departments communicate more and being hit with an, “if you want to be an administrator, you have to go to school and become an administrator.” 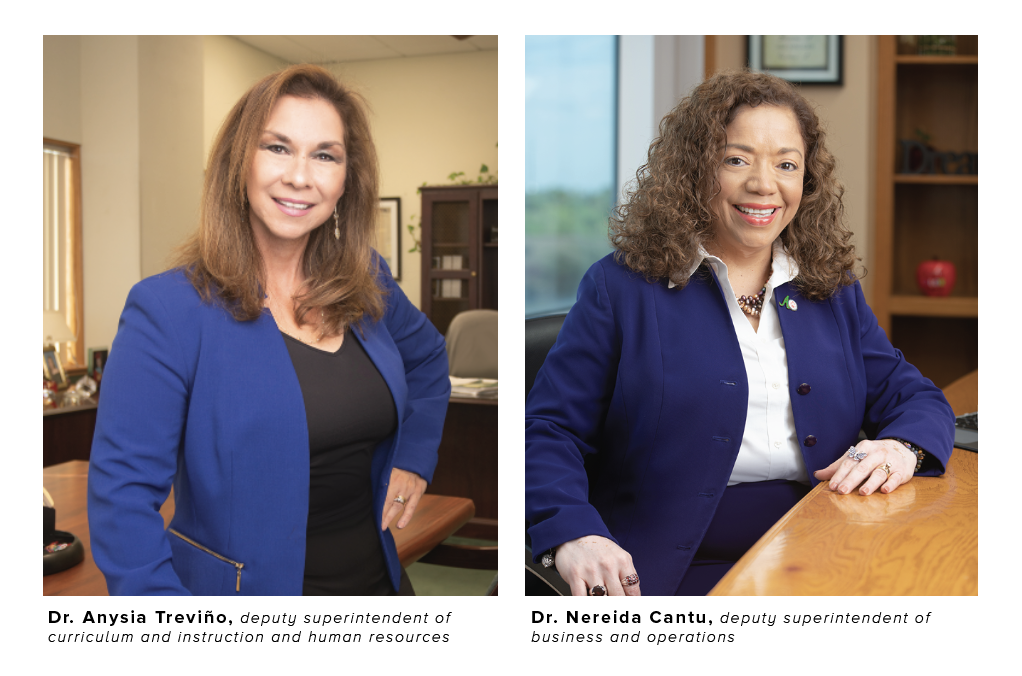 “He was so offended with my recommendation,” Cantu said. “But that inspired me to go into administration. I signed up the next semester and went as a night student to get my master’s.”

Now, both educators agree that there is still much work to be done in order to provide women with the same opportunities as men. They continue to share a passion for their work that doesn’t allow them to get discouraged by these instances.

It is that passion for education that they say has helped them get to the administrative roles they now hold at Brownsville ISD. But every opportunity along the way has come to allow them to grow personally and open doors for future generations who may want to pursue administrative roles.

“As a Hispanic woman who I feel has made it, I feel like I have an ethical and a moral obligation to send the elevator back down and bring other people up,” Treviño said.

There are still plenty of positions today that are male-dominated, something Cantu said she’d like to see change.

“I would like to see more women in the superintendent position,” Cantu said. “We are seeing a shift in politics and I would like to continue to see that. We have little girls looking up at us and we want them to be able to say, ‘I want to do that.’”

Was there a moment you felt you had to prove yourself in the workplace? #JoinTheConversation at facebook.com/rgvisionmagazine.